THE FIRST vehicles powered entirely by electricity were manufactured as early as in the 1900s, but after more than one hundred years electric cars remain a curiosity, at least in Slovakia. Nevertheless, the situation is now set to change. As many companies worldwide plan to – or have already started – serial production of electric cars, a number of pilot e-mobility projects have emerged across Slovakia. Most of them are being run by electricity distribution companies since infrastructure, specifically charging stations, remains a critical issue, even though most electric cars can in theory be recharged from domestic power points. 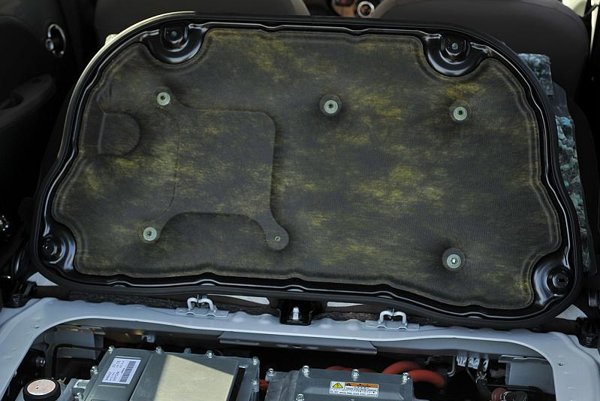 A battery is at the heart of an electric car. (Source: ČTK)
Font size:A-|A+0

THE FIRST vehicles powered entirely by electricity were manufactured as early as in the 1900s, but after more than one hundred years electric cars remain a curiosity, at least in Slovakia. Nevertheless, the situation is now set to change. As many companies worldwide plan to – or have already started – serial production of electric cars, a number of pilot e-mobility projects have emerged across Slovakia. Most of them are being run by electricity distribution companies since infrastructure, specifically charging stations, remains a critical issue, even though most electric cars can in theory be recharged from domestic power points.

“Car producers are prepared for the production of electric cars,” Jozef Uhrík, president of the Automotive Industry Association of the Slovak Republic (ZAP SR), told The Slovak Spectator. “The start of production of expensive electric cars depends only on how his excellency the customer, who has become used to the comfort of classical, i.e. internal combustion, engines, will respond. When the advantages of electric cars are sufficiently appealing that they overcome this familiarity, then I see the idea of e-mobility as feasible. However, this is a question which will be not solved in one or two years, even though this is a global theme on which a large number of world organisations are working.”

According to Uhrík, greater usage of electric cars will also depend on building related infrastructure, including charging stations.

“The client will respond when he or she is sure that he or she can use an electric car permanently,” said Uhrík.

First swallow from the east

The first swallow of e-mobility arrived in the east of Slovakia. In November 2010 the regional power distributor Východoslovenská Energetika (VSE) launched the first public charging station, and stated its ambition to become the leader in e-mobility in Slovakia.

“The launch of the sale of electric cars is planned for this year [i.e. 2011] and thus an increase in interest in charging stations is expected in general in Europe at the end of 2011 or in 2012,” VSE spokesperson Andrea Danihelová told The Slovak Spectator.

According to Danihelová, the selection of towns where charging stations will be built on the Bratislava-Košice route will depend on several factors, but in particular on prospects for their usage and support from local municipal or private bodies. In general, however, VSE plans to direct construction of charging stations towards bigger towns because the e-mobility concept is designed especially for use in urban areas.

In early March VSE took another step and added the first electric car to its company car fleet. Its ambition is to drive 20,000 kilometres in the car, a Peugeot iOn, in city traffic to test this new concept of urban mobility in real-time conditions. It will also provide the same vehicle to its partner organisations for them to try.

The next regional power distributor to announce the start of e-mobility operations was Stredoslovenská Energetika (SSE).

“During the second half of 2011 SSE will extend its car fleet by five electric cars,” Jana Bolibruchová of SSE told The Slovak Spectator. The vehicles will thus make up approximately 3 percent of the company’s passenger-car fleet. “We're cooperating in this field with carmaker Peugeot, which is the world leader in the number of electric cars sold. It will launch its electric car model, the Peugeot iOn, in Slovakia this year.”

SSE is not limiting its support for the development of e-mobility to the purchase of electric cars. It is also planning to build medium-capacity charging stations. Such stations are able to recharge an electric car’s battery from 0 to 100 percent of its capacity in 3 hours without any negative effect on the battery, according to Bolibruchová.

The regional power distributor in western Slovakia, Západoslovenská Energetika (ZSE), announced its e-mobility project, Vibrate, in early March this year. This project is being run in cooperation with Vienna and should be the first cross-border e-mobility project in Europe. It is planned to link Bratislava and Vienna by a so-called green highway, i.e. a network of charging stations.

As Ján Orlovský, spokesperson of ZSE, the Slovak leader of the cross-border project, told The Slovak Spectator, a decision about the final number of charging stations has not been made yet. But since only 12 kilometres of the total route are in Slovakia, Orlovský says it would be sensible to build just one or two charging stations on the Slovak side. Primarily, the stations will be built at existing parking lots and petrol stations, i.e. places where car drivers are used to stopping.

ZSE will not limit building of charging stations to this project: it plans to open its first pilot recharging point inside ZSE premises in the summer and another next winter.

“For the time being the number of electric cars in Bratislava is minimal and thus massive construction of recharging stations, except those intended to demonstrate how something like this looks, does not make any sense for now,” Orlovský told The Slovak Spectator.

With regards to making electric cars more popular and used by the general population, Orlovský sees this as a matter of the supply of vehicles that are affordable and attractive from the viewpoint of usage.

“As with any new and expensive technology, this one too has a greater chance for success only with state support,” said Orlovský. “Otherwise its implementation will take longer. More than €30,000 for a small-medium sized car is too much for most people.”

Apart from Peugeot, it sister carmaker Citroën is also offering an all-electric model, the Citroën C-zero. The Peugeot iOn is now on sale at €35,460 including VAT, and the Citroën C-zero is available for the same price, according to the websites of Peugeot and Citroën dealers in Slovakia.

The high price of electric cars is regarded as the main barrier to wider usage of the
technology in Slovakia, raising the question of whether the government will provide support.

“Each new technology is taken up more quickly when the state stimulates demand for it,” Marcel Lauko, director of the Energy Centre Bratislava, a partner in ZSE’s Vibrate project, told The Slovak Spectator. “In the case of e-mobility at question is not only financial support, but other areas such as parking, which in the case of cars is a crucial issue. Thus other forms [of support] are possible.”

Lauko stressed that e-mobility can be also understood as a system for storing electrical energy, which once the concept spreads widely will become part of the so-called smart grid, as one of its more important components. Having large numbers of car batteries connected to the electricity grid would make it possible to regulate storage and recharging according to the needs of the grid, thus balancing the grid’s stability.

There are basically two types of electric cars: those fully propelled by electrical energy and so-called hybrids, which combine a conventional internal combustion engine propulsion system with an electric propulsion system.

Both types recharge themselves during driving (from energy captured during braking, for instance) and can be recharged at charging stations.

Most electric cars can be recharged from a domestic power point, but this can take up to eight hours. As a result special charging stations are constructed, which use higher voltages and currents, thus reducing the time necessary for charging to as little as a few minutes.

Manufacturers list the main advantages of electric cars as being their zero-CO2 emissions and zero noisiness, and focus especially on corporate clients, given the vehicles’ currently high purchase prices.

On the other hand, operating costs are lower than in the case of cars powered by fossil fuels: Citroën wrote in its press release that total costs for driving 100 kilometres are about €1.50 in the case of its Citroën C-zero.

The maximum range of electric cars is limited to about 150 kilometres by the capacity of the battery. This makes electric cars most suitable for daily city trips and other short-haul journeys.