THE IMPORTANCE of energy security has been increasing across the world not only because of the gas shortage faced by many parts of central Europe in January 2009, when Russian natural gas flowing via Ukraine to Slovakia and beyond was completely halted, but also due to many other global developments far from Slovakia’s borders. In response, individual countries as well as international groupings of countries and organisations are calling for better linkages between national energy systems and building new transmission systems to diversify energy sources and establish additional options in delivering energy to final consumers. With its strategic position in the middle of Europe, Slovakia is an integral player in all these processes. 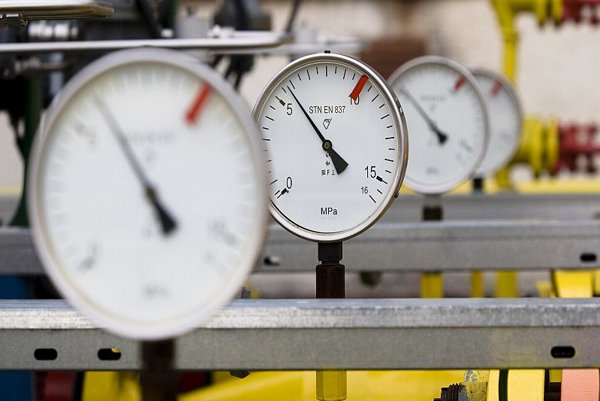 THE IMPORTANCE of energy security has been increasing across the world not only because of the gas shortage faced by many parts of central Europe in January 2009, when Russian natural gas flowing via Ukraine to Slovakia and beyond was completely halted, but also due to many other global developments far from Slovakia’s borders. In response, individual countries as well as international groupings of countries and organisations are calling for better linkages between national energy systems and building new transmission systems to diversify energy sources and establish additional options in delivering energy to final consumers. With its strategic position in the middle of Europe, Slovakia is an integral player in all these processes.

“The natural gas crisis in January 2009 showed that there was enough natural gas in Europe but that it was not available where it was most needed,” Ján Klepáč, executive director of the Slovak Gas and Oil Association, told The Slovak Spectator.

“There were missing gas pipeline interconnections. Storage facilities for natural gas in western Europe were three-quarters full but interconnectors were missing particularly in central Europe where, for historical reasons, gas transmission pipelines were built to transfer gas from the east to the west because this is where the natural gas originates.”

“In a situation when the gas supply is halted on one of these routes, that country is more affected than if it is able to use other interconnections,” Ševce said, adding that the first step in improving Slovakia’s position was to make it possible for gas to flow in reverse in the existing pipeline. “For the next development of trade in gas and further enhancement of energy security it is also necessary to build vertical interconnections. The planned interconnector between Slovakia and Hungary is its basic component.”

Klepáč highly praised the current Slovak government as well as Prime Minister Iveta Radičová for personally pushing to create this linkage that will allow gas to flow between north and south. Ševce believes that this north-south interconnection will enhance Slovakia’s energy security because the country will have the opportunity to tap into more diversified sources of natural gas. He added that this will also support creation of a more integrated natural gas market in central Europe, which currently lags behind the more unified market being established in western Europe.

Prime Minister Radičová and her Hungarian counterpart Viktor Orbán signed an intergovernmental agreement on January 28 to build a Slovak-Hungarian natural gas pipeline, the SITA newswire reported. The new pipeline will connect Veľké Zlievce near Veľký Krtíš in Slovakia with Vecsés in Hungary as part of a broader north-south energy project. The signatories pledged to cooperate in constructing, operating and maintaining the pipeline.

“It is a step that means more energy independence for Slovakia. It is an important part of EU energy security,” Radičová said at a press conference, as quoted by SITA. “After the agreement [was signed] talks with Poland will continue on that north-south interconnection.”

The Slovak-Hungarian project is part of the north-south interconnection which plans to link LNG (liquefied natural gas) terminals in Poland and Croatia. The goal of such an interconnection is to bring LNG from the north into central Europe, Klepáč said. Currently, only countries with access to the sea are able to receive LNG, as it is brought to Europe by tanker ships.

“It is in the vital interest of Slovakia to diversify its [energy] portfolio,” said Klepáč. “Alas, it is not possible to remove our dependence on Russian gas completely, but it is possible to lessen it.”

Klepáč explained that natural gas produced in Qatar, Nigeria, Trinidad and other countries is converted to LNG under high pressure and at a temperature of minus 161 degrees Celsius. This lessens its volume for transportation because 580 cubic metres of gaseous natural gas occupies only one cubic metre in LNG form.

According to Eustream, the gas transmission company in Slovakia that signed a memorandum of understanding on building the pipeline between Slovakia and Hungary in June 2009, the political support of both countries for this project confirms its importance for the Visegrad Group (V4) region and its energy security.

“In the future this interconnection could secure Slovakia’s access to new sources of gas supplies,” Danica Beharková, spokesperson for Eustream, told The Slovak Spectator, adding that this may be done by future connections to either of the planned projects known as Nabucco and South Stream.

The Slovak-Hungarian pipeline will be about 115 kilometres long, with about 19 kilometres within Slovakia, and will join the high-pressure transmission system between Veľké Zlievce in south-central Slovakia with Vecsés on the outskirts of Budapest. Eustream considers this project to be feasible based on the results of a market survey analysing interest in usage of its transmission capacities.

Eustream said investment cost will far exceed €100 million. This will be covered by the operators of the transmission systems along with the European Commission, which has promised to allocate €30 million from the European Economic Plan for Recovery.

Currently, Eustream is working to obtain the required permits and licences so that it can start construction in early 2012 and have the pipeline in use by 2014.

“Eustream is prepared to adopt immediately the decision about implementation of the project; however, for now it is waiting for a definitive decision by our Hungarian partners,” Beharková said, adding that apart from the mentioned energy security and reliability of supplies, new gas interconnections may enhance the competitive environment and help increase liquidity in the market through additional transmission capacities.

Eustream noted that it is too early to specify an actual route for the Slovak-Polish interconnection or estimate its costs because there are several possible alternatives.

“Eustream and the Polish operator of its transmission system, Gaz-System, earlier in 2011 signed a Letter of Intent as a demonstration of their intention to cooperate on the project for a gas interconnection between Poland and Slovakia,” said Beharková. “A working group consisting of representatives from both companies is preparing technical, economic, environmental and legal analyses of the project. Whether implementation of the project will go forward should be decided next year.”

Ševce said it is necessary to assess this project in terms of the interest of the market in additional transmission capacities “but it is also necessary to take into consideration the factor of energy security, which is difficult to calculate”.

Apart from interconnecting natural gas transmission systems, interconnecting Slovakia’s national electricity grid with those in neighbouring countries is another challenge.

“Slovakia, in comparison with several other EU member countries, is relatively densely interconnected with the [electricity] transmission systems of neighbouring countries,” Igor Gallo from Slovenská Elektrizačná Prenosová Sústava (Slovak Electricity Transmission System, or SEPS) told The Slovak Spectator. “Existing interconnections are also satisfactory from the viewpoint of the direct needs of supplying Slovakia with power from abroad.”

But with regards to expected future export of excess electricity generated in Slovakia – for example when the two additional reactors of the Mochovce nuclear power station go into service in 2012 and 2013, and to allow SEPS to fulfil the interests of third parties for power transmission – SEPS has included construction of a number of new interconnections in its development plan for 2012-2021. However, whether they are actually constructed will depend on the opinions and options of grid operators in neighbouring countries, on environmental issues and other factors, Gallo stated.

Slovakia is currently interconnected with the electricity transmission systems of all its neighbouring countries except Austria, which has said that environmental reasons prevent this from being done. According to Gallo, SEPS is carrying out measures to assure that this missing interconnection does not have any negative influence on Slovakia’s energy security.

SEPS views the need to construct new interconnections with neighbouring grids as closely related to the further development of Slovakia’s transmission system, especially from the viewpoint of energy-producing sources and consumption. At the same time, Gallo said this need will depend on the condition and development of its neighbours’ transmission systems and economies, the interests and attitudes of transmission system operators, support for electricity exchange between countries, and more trade in electricity within the EU. He stated that there are plans for three new electricity interconnections with Hungary by 2021 or 2026.

Because Slovakia and the Czech Republic were one country in the past, the interconnections between the electricity grids of the two countries are the strongest of Slovakia’s linkages, Gallo said, adding that even though some interconnections may cease operating in the period from 2020 to 2025, SEPS does not see a need to build new interconnections.

With regard to interconnections with Ukraine, Gallo stressed the importance of the Veľké Kapušany-Mukachevo connection as this is one of only a few connections between Ukraine’s so-called Burshtyn Island generating facilities, which are currently connected to the synchronous electricity grid of continental Europe. According to Gallo, the existing 1x400kV Veľké Kapušany-Mukachevo interconnection is nearing the end of its physical life and under certain development scenarios it might become overloaded in the horizon of 2015-2020. Therefore, SEPS has included in its development plan the possibility of building a 2x400kV interconnection in Veľké Kapušany in Slovakia, which is close to both the Ukrainian and Hungarian borders.