Using waste as a source of energy

MOST developed countries have recognised that many kinds of waste can be used as an alternative fuel for production of heat and electrical energy. Apart from the positive impact on the environment from the reduced need to dispose of waste in landfills, using waste materials as a fuel brings greater diversification in energy sources and reduces dependence on imports of other fuels. But this realisation has not yet come to Slovakia, where disposal of waste in landfills prevails over other kinds of waste treatment and energy recovery. This may start to change in the near future as there are commercial projects planned by several companies as well as some efforts to develop a regional waste management action plan. 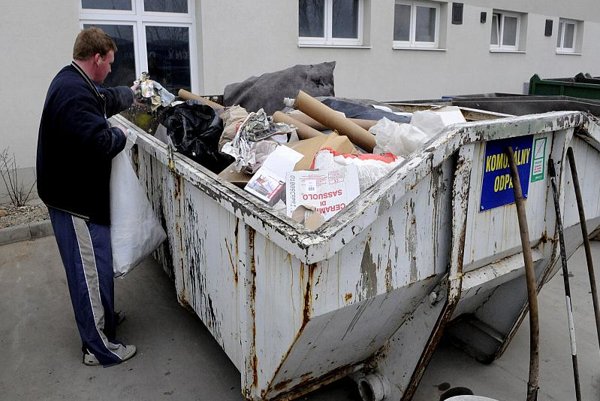 MOST developed countries have recognised that many kinds of waste can be used as an alternative fuel for production of heat and electrical energy. Apart from the positive impact on the environment from the reduced need to dispose of waste in landfills, using waste materials as a fuel brings greater diversification in energy sources and reduces dependence on imports of other fuels. But this realisation has not yet come to Slovakia, where disposal of waste in landfills prevails over other kinds of waste treatment and energy recovery. This may start to change in the near future as there are commercial projects planned by several companies as well as some efforts to develop a regional waste management action plan.

“In 2009, out of total waste amounting to 8.5 million tonnes, only 1.8 percent or 155,470 tonnes was used for energy recovery,” Ivana Ďuricová from the Slovak Innovation and Energy Agency (SIEA) told The Slovak Spectator, citing a report about the status of the environment in Slovakia. “Of this amount, municipal waste accounted for 10 percent. As much as 80 percent of municipal waste produced in Slovakia ends up in landfills, which is regarded here as the cheapest way of waste treatment. Slovakia has one of the lowest landfill fees in Europe. To compare, the fee for one tonne of unsorted municipal waste is €10 while the so-called landfill tax in other EU countries is several times higher and continues to grow.”

“Of course, to create a brand new system of waste management based on the experiences of western countries is a very time-consuming and demanding process,” said Ďuricová. “One of the biggest obstacles is the negative stance and biases of citizens against waste incineration, even though incineration plants belong among the facilities with the strictest pollution emission limits. Their placement in operation is subject to a complex system of obtaining permits from the authorities and public comment too. Moreover, the investment cost to build one incineration plant is 100 times higher than an investment into a landfill with comparable capacity.”

However, the heat which these incineration plants produce is not utilised because there are no conditions for their connection to the heat distribution network or the electricity grid in Slovakia. But Ďuricová added that there is a positive example of energy recovery from municipal waste in Slovakia as it is used as a co-fuel in the cement production industry.

To address Slovakia’s low capacity to use waste for generation of energy, SIEA has become a member of the EU’s Waste to Energy (W2E) project which is focused on improving sustainable management of waste and producing energy from waste. SIEA is one of eight partners from seven participating countries in this project, which began in early 2010 and ends in June 2012. The other partner countries are Sweden, which is the project lead, the United Kingdom, Italy, Hungary, Poland and Romania. The project is co-financed from the European Regional Development Fund under INTERREG IVC (Interregional Cooperation Programme), Ďuricová told The Slovak Spectator.

The objective of W2E is to exchange knowledge and good practices about regional policies for sustainable waste management by changing the perception of waste materials so that they are seen as a potential resource and to increase energy recovery from waste through the development of regional action plans in each partner region.

“Since Slovakia lacks a concept paper and a vision for waste management, the SIEA’s objective in the project is to create a model using an example from a foreign partner and to involve all stakeholders in the region of Bratislava,” said Ďuricová. “The project will enable each of the participating countries to elaborate a regional action plan which will be part of a more extensive strategy for waste management. For Slovakia, attention will be paid to solving the waste management situation in the cities of Bratislava and Šaľa.”

While some regard waste as something which they must dispose of, others see it as a valuable and profitable energy source. This is how the Green Machines company views waste and it offers a sophisticated system for management and treatment of municipal waste.

“Green Machines offers towns and villages an integrated system of usage and processing of municipal waste and energy recovery from waste,” Vácval Jirkovský from Green Machines told The Slovak Spectator. “The main benefit for municipalities is a radical reduction of waste disposal by as much as 80 percent and reduction of landfill fees.”

There are several methods to recover energy from waste, for example fermentation to produce biogas or direct incineration.

Jirkovský said Green Machines’ facilities generate biogas from municipal waste by the so-called dry fermentation method, adding that the biogas from these stations can be further purified and used as a motor fuel or for generation of heat and energy.

Even though the development of biogas stations is just starting in Slovakia and many towns and villages do not yet have enough information, Jirkovský noted that “the interest shown by towns and villages as well as private individuals is escalating”.

Green Machines is preparing a pilot project for construction of a number of biogas stations in Slovakia using municipal waste that it expects to launch later this year. Jirkovský said a number of municipalities have shown serious interest in using one of the company’s biogas plants.

Other projects in the pipeline

The Hornonitrianske Bane Prievidza (HBP) mining company is working on a project for energy recovery from waste together with Slovenské Elektrárne (SE), the dominant electricity producer in Slovakia, the TASR newswire reported.

Adriana Siváková, the spokesperson for HBP, which supplies brown coal to SE’s Elektráreň Nováky thermal power station, told The Slovak Spectator that the project should have beneficial impacts not only on the environment but also on the general development level of the region.

The plan is to build a facility for energy recovery from sorted municipal waste and biomass generated by the Horná Nitra region, Siváková said, adding that energy will be recovered from solid municipal waste and also partially from non-hazardous industrial waste, particularly from Trenčín Region.

HBP will supply biomass made up of biologically degradable waste and wood biomass. Project details such as technological solutions, the construction term and total costs still needs to be prepared.