Equal opportunities for all

A WORLD draped in the cloak of darkness. On dark roads without a sparkle, he has been guided by his loyal partner, the white stick, and at the end a committed friend – a guide dog for the blind. 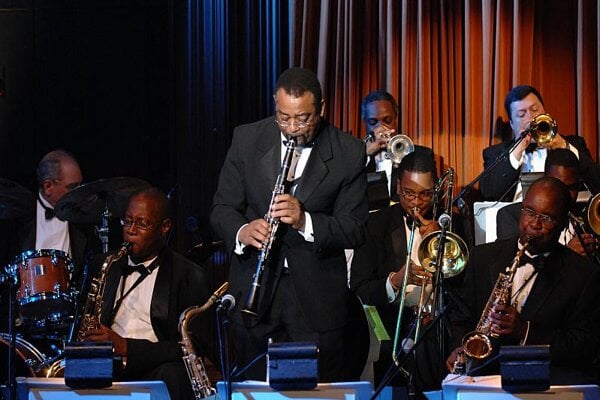 A guide dog: Not welcome on all buses. (Source: SITA)
Font size:A-|A+0

A WORLD draped in the cloak of darkness. On dark roads without a sparkle, he has been guided by his loyal partner, the white stick, and at the end a committed friend – a guide dog for the blind.

The enthusiasm of Juraj – who has been losing sight since his early childhood – and his courage to achieve his goals as well as his determination to live fully every single day of his life can be inspiring for everyone, not only those who live their lives with a disability. However, even his most patient smile can disappear from time to time.

The life of impaired people can be made harder by certain groups of people and absurd legislation, regulations and orders, which instead of making their lives smoother make their full integration into society impossible. Juraj has well-tasted the bitterness of discrimination which has become an integral part of daily life. The impacts, however, cannot be easily erased from the memory.

On his way to Nitra recently, Juraj experienced a set of bizarre situations: right at the start, a driver from the yellow-bus transportation company refused to let Juraj on the bus with his guide dog. The driver was required to adhere to the basic transport-tariff terms as well as the conditions of his employer, which state that the carriage of animals is prohibited. The same terms and conditions of the bus company include a statement pertaining to individual rights of specific groups of passengers. To add a cherry to the top of the cake, the general transport order permits the transport of specially-trained dogs used as a guide for visually-impaired persons.

The driver explained away the contradictions in the different guidelines by arguing that the rules of his employer have a stronger weight for him than the general transport order. Juraj described the whole situation by saying that this is “the land of the absurd”.

He then turned to the director of the transport company: the director arranged a one-off ride for him along with his dog. However, he also said that if a ride during rush hours would be in question, he would rather not take Juraj on. His arguments sound rather comic: allegedly other passengers might complain that the dog is snuffling. Is this not clear evidence of discrimination?

Juraj has encountered another example of roughness and unwillingness at the office that deals with social problems. Here the employee “welcomed” him by asking why he had not come with a personal assistant since what he needed to do was to fill out a form.

One would get upset and angry at the same time when listening to such absurdities. Tolerance and willingness to help those in need seems to vanish in the wind these days.

Likewise, the unpleasantly constructed facilities for visually-impaired persons cannot be ignored. The government and municipalities are trying to make it easier for disabled people by laying special paving so that visually impaired citizens have better orientation in the space.

However, this work is usually assigned to non-expert suppliers. The paving is laid without considering its actual purpose. Visually-impaired people are in most cases confused by this incorrectly-laid paving and are sometimes even put into life-threatening situations.

The new square built in Senec is a good example of such dangerous guiding pavements. Instead of guiding visually-impaired people straight to the other side of the pedestrian crossing, it guides them into the middle of the crossroads.

A pedestrian crossing at the crossroads near May 1st Square in Bratislava, leading towards Kollárovo Square, is similarly made.

It is designed sidelong, slightly to the right, whereas the guiding line for the visually impaired directs straight ahead. Due to this irresponsibly-laid paving, a visually impaired person can hit a car standing at the crossroad in front of the pedestrian crossing.

Among other defective obstacles, Juraj considers street drains where the stick for visually-impaired persons can get caught when crossing the road because of wrongly laid grid lines.

In this regard Juraj thinks that our state should take an example from facilities built in neighbouring Austria. There the guiding and alerting lines are being built so they lead around slopes but additionally are also located inside underground stations.

The European Comission's Directorate-General for Employment, Social Affairs and Inclusion’s comprehensive campaign “For Diversity, Against Discrimination” has started to combat these impediments.

Since 2003 the campaign has been trying not only to raise awareness about visually-impaired people’s rights but also to stress the values of diversity within the professional environment as well as within society.

There is a need to inform people about discrimination based on age, disability, sexual orientation, religion or faith, race and ethnic origin at the workplace and in other areas such as education, health care, social security and access to goods and services.


After observing specific cases of discrimination, one should contact the Slovak National Centre for Human Rights. Everyone has a right to equal opportunities and equal treatment.


Michaela Šutková is a student at the Department of Journalism of Comenius University’s Faculty of Philosophy in Bratislava.