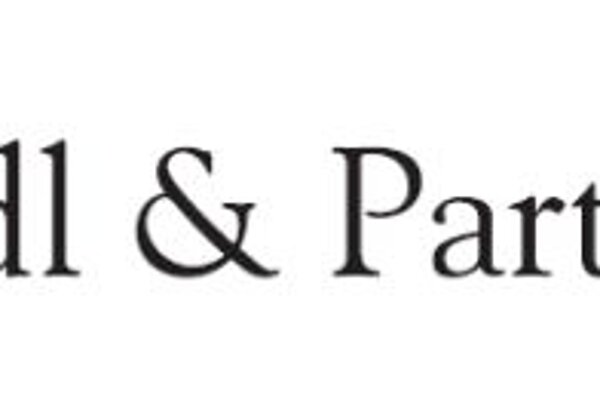 For Slovakia this means that in 2020 the share of RES in gross final consumption of energy should be at least 14%.

The very basic regulation of RES is laid down in Act no. 656/2004 Coll. on energy (the Energy Act) and in Act no. 309/2009 on the promotion of renewable energy sources and high-efficiency cogeneration (the Promotion Act). Besides these basic instruments related to the construction and operation of energy installations utilizing RES, regulations for this area are also included in other laws, implementing rules, decrees by URSO (the Regulatory Office for Network Industries) and in the operating rules and regulations of the individual grid operators.

When investing in RES (not including households, which use RES mainly as a supplementary source), we have to consider investment costs of typically millions or tens of millions of euros, for which the payback period ranges from several years to several decades, depending on the specific project. Therefore the stability of the legal environment is, for RES investors, as important as the promotion of RES itself.

Nevertheless the legal environment regarding RES in the Slovak Republic is showing a considerable degree of uncertainty and unpredictability, which may be illustrated by numerous examples.

Due to the limited scope of this material, we will focus only on the most important ones.

1. Rapid modification of the Energy Act in 2010

As a reaction to the large number of implemented and even greater numbers of announced or upcoming projects for the construction of mainly photovoltaic power plants, a rapid amendment of the Energy Act was adopted as early as 2010 which made such projects substantially more complicated.

According to the version of the Energy Act (sec. 11) in force before 30 April 2010, a Certificate of Conformity with the Long-term Concept of Energy Policy of the SR (Certificate) from the Ministry of Economy of the SR was required for the construction of an electric power facility under 1 MW. A Certificate was needed for a zoning decision, building permit proceedings and the grid connection procedure.

According to the amended text of the Energy Act in force from 1 May 2010, a Certificate is not required if, inter alia, the facility being constructed is for the production of electricity from solar energy, is positioned on a building and has a total installed capacity of up to 100 kW.

Besides the fact that this amendment was adopted in a hurry, it also causes problems in practice due to its legislative and technical shortcomings. Due to an absence of transitional provisions for the amendment as of 1 May 2010, there are no unified and settled opinions regarding interpretation of the amendment. The only thing that is helpful to some degree is that the Ministry of Economy issued an opinion according to which provisions of the Energy Act in the version in force before 30 April 2010 apply to applications for planning/building permits filed before 1 May 2010 (such an opinion does not, however, have the character of a generally binding rule).

In this respect, the projects can be divided into 3 groups: (i) projects deemed feasible: with a valid and effective planning and building permission and an application for grid connection submitted prior to 1 May 2010; (ii) projects for which the planning and building proceedings were started or requests for connection were filed before 1 May 2010 and became valid afterwards are deemed to be more risky from this point of view, but generally regarded as still feasible; (iii) projects for which the planning or building proceedings were started or the application for grid connection was submitted after 1 May 2010 are deemed unfeasible, as under current conditions a Certificate cannot actually be obtained.

One of the most serious problems caused by the respective amendment is the interpretation of the term 'beginning of planning and building proceedings'. In practice it is quite common for an applicant to be asked by the competent authorities to modify an application or complete documents submitted in the course of the proceedings. Therefore the interpretation (unjustified in our view) that the above conditions are only met by applications which were complete and included all the required components and opinions at the time of filing, i.e. before 30 April 2010, cannot be ruled out.

In respect of RES projects a planning and construction period of at least 1-2 years shall usually be considered.
From this point of view the developers of RES projects face quite complex risk assessment because of price regulation becoming considerably unstable.

According to the Promotion Act (Section 6, Paragraph 6), the price of electricity for the succeeding period not exceeding 3 years may not be lower that 90% of the price applicable in the period when the new price is determined by the Regulatory Office. The goal of this regulation is to provide the developers of RES with some guarantee in respect of stability of prices, thus giving them the impetus to plan and construct RES plants and enabling them to calculate the profitability of their investments.

It is not surprising that the legislative regulation is not perfect, but it is quite bewildering that the imperfection in the regulation is being taken advantage of by those very organs that are supposed to promote RES. The basic inaccuracy of this important regulation lies in the absence of exact legal definition of the term “Succeeding period”. According to the practice of the Regulatory Office (URSO) this term was understood as a time period of one calendar year. Nevertheless, the latest legislative developments have shown strong tendencies that aim to unhinge this practice.

On the last occasion we witnessed two basic developments which led to serious uncertainty in the field of price regulation:

(i) According to the last Draft of the Regulatory Policies issued by the Regulatory Board, the Regulatory period is being set for 5 years, meaning from 01.01.2012 till 31.12.2016. This period of 5 years exceeds the maximum duration of the Succeeding period of 3 years as defined by the Promotion Act.

(ii) The last amendment of the Act on Regulation in Network Industries (amendment 558/2010 Coll.) states that URSO shall set the prices for electricity generated by RES with effect from 1 July 2011.

These last developments are based on the assumption that the duration of the term Succeeding period and/or “Regulatory period” is not defined at all. If we accept that the term Succeeding period and “Regulatory period” may or may not be shorter than one calendar year, or if we accept that the duration of the period may be changed at will by the Regulators the possibility cannot be excluded that the price levels of electricity of RES or even the price levels of electricity in general may be changed several times within one calendar year, leaving almost no space for developers to adapt.

In our view this general tendency is in serious breach of the logic of the regulation of Section 6, Paragraph 6 of the Promotion Act, that of giving investors some degree of security in respect of the development of prices and, that it even denies investors the very basic stability needed for planning and calculating their projects.

Paradoxically, almost all the changes made in the legislation caused no facilitation or improvement of the promotion of RES; on the contrary, conditions for being eligible for support became more limited or complicated and bear testimony to a lack of a concept in legislative measures in this area.

Eventual claims against the Slovak Republic by investors that were or even will be harmed by the unstable legislative environment cannot be excluded either.

Therefore it is necessary to define priorities and ensure the stability of the legislative environment in this area. Only in these circumstances it is conceivable that investments in RES will keep coming in and that it will subsequently be possible to achieve the targets set for RES by the EU.

This article is of an informative nature only and under no account can it be considered to
be a legal opinion.
Should you need any further information on the issues addressed in this article, please contact our Law Office:
Rödl & Partner Advokáti, s. r. o.
Tel.: +421 (0)2 57 200 444
E-mail: bratislava@roedl.sk
www.roedl.com/sk