IF PARLIAMENTARY elections had taken place in early March 2011, the opposition Smer party would no longer need to seek a partner to rule as it would have a simple majority in parliament and be able to govern alone, an opinion poll conducted in March found. Observers said, however, that Smer’s support might be peaking. 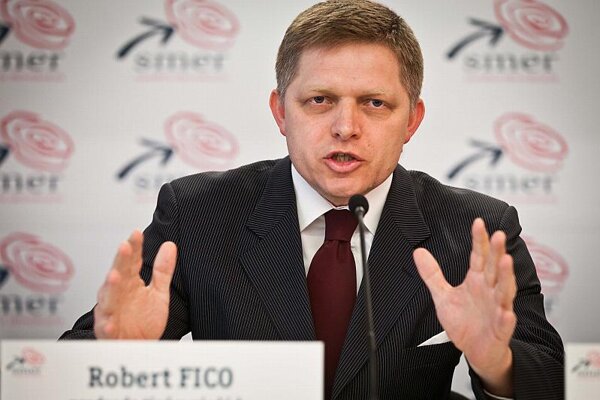 IF PARLIAMENTARY elections had taken place in early March 2011, the opposition Smer party would no longer need to seek a partner to rule as it would have a simple majority in parliament and be able to govern alone, an opinion poll conducted in March found. Observers said, however, that Smer’s support might be peaking.

The results of the poll, conducted by the Focus polling agency, show that Smer would have attracted the votes of 44.8 percent of those who said they would turn out for the election if it took place “this weekend”, up 1.6 percentage points from the previous month. Such a result would secure 76 seats for Smer in the 150-seat Slovak parliament: a majority of 2 seats. It would be the first such majority for a single party in Slovakia’s modern history.

The poll suggested that the make-up of parties in parliament would not change. The other opposition party, the Slovak National Party (SNS), would garner 6.2 percent of the vote and thus 10 seats, one more than it holds now.

The parties of the ruling coalition would more or less keep their standing, with the exception of the Christian Democratic Movement (KDH), which saw its preferences drop by almost four percentage points to a mere 6.3 percent in March. The Slovak Democratic and Christian Union (SDKÚ) would get the votes of 16.5 percent of those polled in March, slightly up in comparison with the February results. Support for Most-Híd also rose, from 6.0 percent in February to 7.9 percent in March. The remaining coalition party, Freedom and Solidarity (SaS) saw a drop of two percentage points to 7.1 percent in the poll.

Voter preferences for Smer, led by former prime minister Robert Fico, have been rising since the June 2010 general election which saw it swept from power. In March Smer reached a level that would theoretically secure the party a term in government without the need for political partners. However, sociologist Martin Slosiarik of the Focus polling agency does not expect increases in Smer's preferences to continue.

“Smer’s preferences are almost saturated now,” Slosiarik said, adding that the party is likely soon to reach a point where no further growth will be possible. However, he admitted that the trend could continue for short period, up to about 45-46 percent, since Smer might win some more support among the undecided, or those who normally do not vote.

“Part of Smer’s potential among voters is constituted not by diehard voters but rather by people who are not sure they will actually turn out at elections if they were really to take place,” Slosiarik told The Slovak Spectator, adding that these might only be sympathisers of Smer or simply opponents of the ruling coalition, and their positive response to Smer in the poll is a form of resistance against the measures the ruling coalition is implementing. “So it is not certain that Smer would be able to defend this strong position [indicated by the recent poll] in the actual election.”

Generally speaking, the results of the poll are indicative of a setback for the ruling coalition rather than of success of Smer. Slosiarik said that Smer is doing well by using the complicated situation that the ruling coalition finds itself in, partly due to the unpopular measures it needs to take which will result in increased living expenses for voters. Another point used by Smer that seems to be working with voters, is the rising prices of food products and motor fuels, for which Robert Fico and his Smer colleagues blame the ruling coalition.

The only parliamentary party that might have been left sorely disappointed by the results of the recent Focus poll were the Christian Democratic Movement, whose preferences dropped sharply after a rather stable period during which they hovered around 10 percent, to a mere 6.3 percent in March 2011.

Slosiarik noted that this is a very significant drop, but it should not be used to make fast judgements about the party’s position on the Slovak political scene, since for the moment it is an outlier that needs to be confirmed or corrected by future polls. According to Slosiarik, if the margin of error (generally accepted to be 2 percentage points) had an effect on the KDH result, the situation for the party might not be that alarming.

At the same time, however, the party has been going through a difficult period which might have had an impact on its public image: party leader Ján Figeľ has been struggling with reports about his personal affairs and the KDH recently lost a prominent member, former Bratislava mayor Andrej Ďurkovský, over suspicions of misconduct in public procurement and other cases.

KDH deputy chairman Pavol Abrhan admitted that the drop in KDH preferences in the March 2011 poll goes beyond statistical discrepancy.

“We need to look at the past period, to see what caused the drop,” Abrhan told the Sme daily. “We have probably failed to communicate some issues.”

Slosiarik suggested that the KDH might have scored worst among the coalition parties because it is in a considerably harder situation due to the fact that it has the highest proportion of voters who are no longer economically active and who are therefore very sensitive to increases in prices and living expenses in general.

“This might be causing a certain hesitation in their behaviour,” Slosiarik said, adding that they might temporarily lean away from the KDH, but not necessarily move their support to another political party.

“I think that the KDH might have suppressed the social dimension of its politics and this is how their voters show the party that it needs to be more intensively engaged with social issues,” Slosiarik said.