A question of faith

“DO YOU believe in God?” This question is seen as a private, intimate matter in many countries. In Slovakia, a variation of it is one of the questions on this year’s national census. And although the answer to it does not have a direct impact on the state’s support for the religious communities active in Slovakia, their representatives say information about the number of adherents has an informative and moral significance for them. 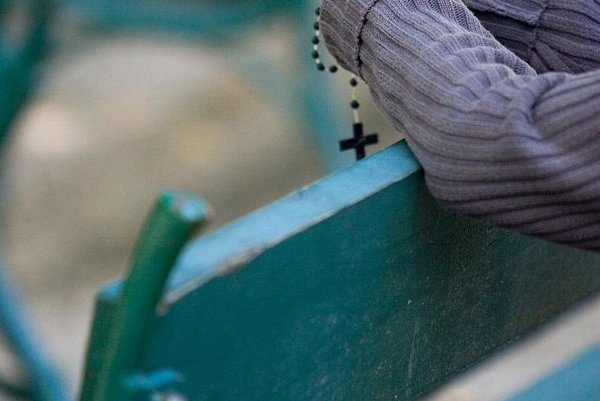 “DO YOU believe in God?” This question is seen as a private, intimate matter in many countries. In Slovakia, a variation of it is one of the questions on this year’s national census. And although the answer to it does not have a direct impact on the state’s support for the religious communities active in Slovakia, their representatives say information about the number of adherents has an informative and moral significance for them.

The Population and Housing Census, whose actual point of measurement is midnight between May 20 and May 21, 2011, will take place at the end of May. It is the country’s most extensive statistical inquiry and is expected to provide new data about the number of people living in Slovakia, as well as information regarding the population’s demographic, educational, social and economic structure. This year censuses are taking place all around the European Union, making the union-wide data that emerge from them more suitable for international comparisons.

Religious affiliation, unlike in some other countries of the EU, is among the 52 questions the inhabitants of Slovakia will be asked to report in the census. There are 19 options listed on the census form, including 18 officially registered religions plus ‘no religion’. There is then a final option: ‘other’, where respondents can state their religion if it is not among those listed.

No direct impact on financing

The number of believers, however, does not have a direct impact on the relationship between the state and religious groups, and therefore only has an informative character, noted Michaela Moravčíková, the head of the Institute of State-Church Relations, a research body established by the Culture Ministry.

“Relations between the state and the churches [i.e. religious groups] do not change according to falls or rises in the number of believers in individual churches,” Moravčíková told The Slovak Spectator, adding, however, that a model which would use the census data for the purposes of financing religious communities has been considered in the past.

The model that the state uses to provide financial support to religious groups active in Slovakia right now is based on the numbers of clerics, which Moravčíková says is not unique in the European context.

Of the 18 officially registered religious groups, 13 receive financial support from the state. In 2010, the Culture Ministry distributed almost €37.5 million for this purpose, almost one third of which went to the Roman Catholic Church, which currently counts more than two thirds of the population.

Despite that, the census and its results remain relevant for religious groups in Slovakia.


“It allows them to compare their own data against the data from the census,” Moravčíková said, adding that this is especially true for those religious groups that do not keep their own records. Another point is the moral aspect of the confession question in the census: when a believer publicly avows his or her religion, the community sees it as an important signal.

“Admitting [belonging] to the church in different ways, including the census, is a certain signal, expression, and self-identification,” Edita Škodová, the press officer of the General Bishopric Office of the Evangelical Church of the Augsburg Confession, Slovakia’s second biggest religion, told The Slovak Spectator.

“In this specific census we are looking at the number of people who admit they belong to the church, who feel part of it,” Jozef Kováčik, the spokesperson of the Conference of Bishops of Slovakia (KBS), which represents Slovakia’s Catholic bishops, also said, adding that the number reported differs from the number that the church itself monitors, for instance through active participation in the liturgy.

“It is the duty of clerics to lead believers towards showing their faith in Christ and showing their belonging to the church, and therefore they will be asked by the church to confess their faith in the census,” said Ladislav Bilý, the chancellor of the Office of the Metropolitan Council of the Orthodox Church in Slovakia, adding that the church is not supposed to campaign, but rather educate clerics as well as laypersons and see how that influence translates into their life.

According to Bilý, data about the number of Slovakia’s inhabitants who admit belonging to the Orthodox Church has an informative rather than a decisive significance for the church.

“The decisive issue is always the education of believers towards faith in God and the church,” Bilý told The Slovak Spectator. According to him, the census also helps the Orthodox Church, which is one of the smaller churches in Slovakia, to see the structure of their believers on the map, so that they can then better direct their activities and adjust them to local conditions – particularly in western and central Slovakia, where the Orthodox Church has the character of a diaspora.

“From the spiritual viewpoint we see that the official census does not monitor the exact number of believers since, mainly in the cities, the number of believers [physically present] in the churches is much smaller than the statistics show,” Bilý said.

The Orthodox Church, which according to the 2001 census is the fourth biggest church in Slovakia in terms of adherents, does not expect its number of believers to change significantly compared to the more than 50,000 that came out of the 2001 census.

Roman Catholicism is the most widespread religion in Slovakia, with over 3.7 million adherents, according to the official number from the 2001 census. Kováčik admits that the number of believers might not remain the same as the result in the previous census in 2001 (when it increased by over half million from the 3.18 million in 1991).

“The overall composition and picture of society has changed essentially in the past 10 years,” Kováčik told The Slovak Spectator. “We ourselves are curious how it will show in the numbers of members of churches.”

The Roman Catholic Church has already launched an information campaign through various media, including flyers inserted in the Catholic press, billboards, and the internet sites of Catholic organisations. As in the 2001 census campaign, Catholic bishops agreed to write a pastoral letter, which is to be read on Sunday, April 24 in all Roman Catholic and Greek Catholic churches instead of the sermon.

“It’s important that people, if they are really to decide freely, also receive responsible information, and not only that filtered by the commercial media,” Kováčik said.

The Evangelical – i.e. Protestant Christian – Church, Slovakia’s second biggest religious group, with over 370,000 believers (according to the 2001 census), is also making efforts to inform believers about the census question via its community magazine and the official website of the church.

“By no means, however, do we regard these activities as a campaign,” she said. “Simply, the church also needs to give statements about what is happening in society.”

Apart from the religious groups traditionally present in Slovakia, there are several other communities trying to win people’s hearts in the census: for instance the Jedi (a community which arose out of the Star Wars movies) are running a campaign on Facebook after the success of this ‘religion’ in the UK and New Zealand censuses. In the 2001 UK census more than 390,000 people stated that their religion as ‘Jedi’ or ‘Jedi Knight’, making them the fourth largest religious community in Britain.