HOMOPHOBIC incidents have been far from uncommon in Slovakia in recent years. In an attempt to prevent them in the future, gay rights advocates have now launched a website where they can be reported. 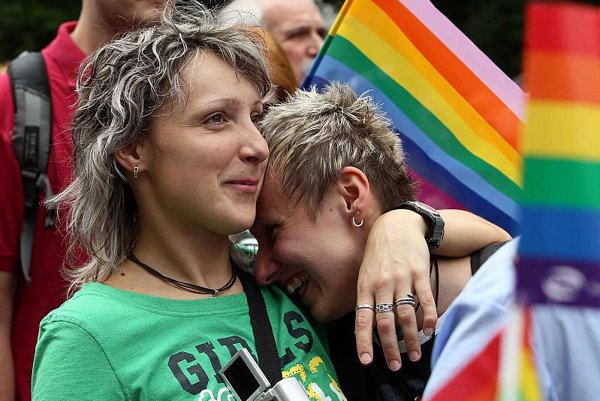 HOMOPHOBIC incidents have been far from uncommon in Slovakia in recent years. In an attempt to prevent them in the future, gay rights advocates have now launched a website where they can be reported.

The Inakosť civic association, which works to protect the rights of lesbian, gay, bisexual and transgender (LGBT) individuals, launched its website, www.homofobia.sk, on April 5 as a tool to report, monitor and prevent acts of homophobia in Slovakia. Information for victims of homophobic attacks and discrimination based on sexual orientation will be available on the website as well.

“Discrimination and attacks against this minority must not be overlooked,” Ján Benec of Inakosť said.

The website includes an electronic form through which incidents of homophobia can be anonymously reported. The report can be made by a person directly involved in a homophobic incident or by anyone else, including friends or relatives, or by witnesses to such an incident.

Inakosť promises to monitor the reported incidents and will encourage state bodies, the police, Slovakia’s ombudsman or others to provide timely and appropriate help to a victim of homophobia.

A November 2010 document on discrimination and homophobia prepared by the EU Agency for Fundamental Rights (FRA) reported that LGBT persons are often discriminated against and might be targets of violent attacks.

The document states that homophobia often takes the form of statements that LGBT people should ‘heal’ their sexual orientation or that homosexuality is an illness, but it also involves using swearwords against LGBT individuals or direct discrimination by refusing to hire a person because of his or her sexual orientation. The document also gives as an example of institutional discrimination a state’s refusal to acknowledge homosexual partnerships.

The authors state the most common causes of homophobic behaviour are religious beliefs which reject homosexuality and other forms of sexuality, but also note that the absence of or rare social contact between the majority population and LGBT people is also a factor.

“When you belong to the majority you feel like the whole world, all people, are like you or should be like you,” psychologist Hana Smitková wrote. “We know very little about people who are in the minority, or are “different”, we are not trying to understand them, we have got prejudices and we are even afraid, just because we do not know them.”

The document noted that there are negative consequences of homophobia for the heterosexual majority as well, stating that it leads, for instance, to premature sexual activity by teenagers who want to prove in that way to their peers and themselves that they are “normal”.