CONSIDERABLY simpler payment of taxes and payroll levies beginning in 2013 is the government’s slogan for the proposed changes to Slovakia’s tax system which have drawn fiery debate within and outside the ruling coalition since its first version was released in early March. After a number of compromises by proponents of the most radical of the competing proposals, the ruling coalition announced on April 4 that it had reached an agreement on the overall contours of its legislative proposal. Nevertheless, the draft still appears to have critics within the ruling coalition. 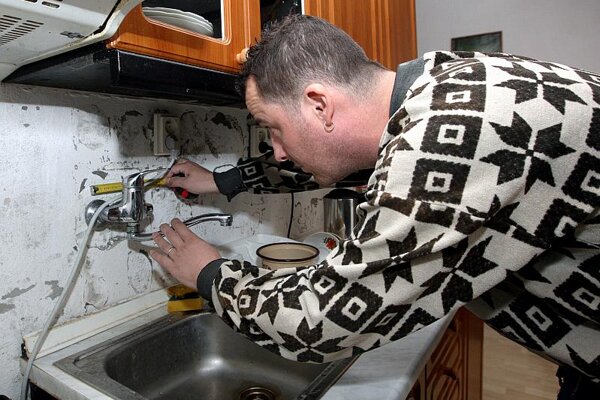 CONSIDERABLY simpler payment of taxes and payroll levies beginning in 2013 is the government’s slogan for the proposed changes to Slovakia’s tax system which have drawn fiery debate within and outside the ruling coalition since its first version was released in early March. After a number of compromises by proponents of the most radical of the competing proposals, the ruling coalition announced on April 4 that it had reached an agreement on the overall contours of its legislative proposal. Nevertheless, the draft still appears to have critics within the ruling coalition.

The tax changes proposed for those who are self-employed have been the most divisive issue, with the Civic Conservative Party (OKS), part of the ruling coalition's Most-Híd party, still saying that it will not support any change which increases the tax burden on the self-employed or those who work under short-term contracts.

The Ministry of Finance submitted the draft legislation for interdepartmental review on April 7 and also asked for public discussion by inviting citizens to share their comments about the plan.

According to the ministry’s figures, taxpayers will deal with a single government institution in 2013 rather than the six different institutions that currently make up the system. One aspect of the proposal is a gradual decrease of four percent in the payroll tax burden for regular employees, those who have a standard employment relationship with an employer.

The plan proposes to lessen the tax burden by one percent in each of the four upcoming years if public finances improve in line with the government’s mid-term budget projections, the ministry stated in its statement.

Slovenský Živnostenský Zväz (SŽZ), an association of self-employed trade and craft workers, said that it can support the technical side of the proposal since its measures would significantly reduce administrative burdens on self-employed persons, but it nevertheless enumerated several objections to the overall proposal.

SŽZ does not agree with scrapping the 40-percent personal allowance that self-employed persons can deduct from their tax base for business expenses, the association wrote in a release provided to The Slovak Spectator by Viola Kromerová of SŽZ. The association wrote that the lump sum deduction for self-employed persons had already been reduced in 2011 from 60 percent to 40 percent.

“We cannot agree with further cuts and cannot look at the possibility of claiming expenses up to the subsistence minimum, which is €190 per month, as a substitute,” said SŽZ in its official statement. “Switching to bookkeeping [to deduct business expenses] brings along an increase in additional expenses, for example for hiring an accountant,” the association added.

SŽZ also takes issues with the proposal to further reduce the level of non-taxable earnings since this amount was cut in 2011 from €4,024.70 to €3,559.30, returning to its level from two years ago, the association wrote, saying this change would bring higher taxes.

“We understand the need for reform, but a detailed analysis of the impacts is necessary along with clarifying other technical details and proposed measures,” wrote SŽZ.

The plan and concerns

The Finance Ministry stated that considerable advantages are being proposed for the self-employed, saying that the minimum social and health insurance payments, which are currently paid by 80 percent of the self-employed, should decrease from the €160 per month now to less than €140. The ruling coalition also stated that social insurance payments will be set at 13 percent and health insurance premiums would be set at 9 percent.

“Publishing that the self-employed will save money on their payroll levies is nice, but one has to add also the fact that in the end they will pay more in income taxes,” SŽZ’s release stated.

The SŽZ also objected that those who are self-employed will not be able to include payroll levies in their expenses. A firm which employs people is allowed to have these payroll levies included as part of its expenses, the association added.

The head of OKS, Peter Zajac, said his party remains unconvinced about the coalition’s agreement on tax reform, stating that the basic principle that OKS has been pushing – to make the whole system simpler and more transparent – seems to have been fulfilled, but the party remains opposed to increasing the tax burden for the self-employed.

“The reform should have been neutral in terms of the budget, which means that it should have not increased the overall tax and payroll levy burden,” said Robert Kičina, executive director of the Business Alliance of Slovakia (PAS). “There could be a moderate drop in the tax burden as a consequence of concessions to the self-employed and contract workers.”

Kičina agreed that the proposal will finally bring more transparency and simplify the tax system while the incentive to replace standard employment contracts with agreements with self-employed persons will decrease and for these reasons he views the proposed reforms positively.

Kičina estimated that the proposed changes will result in a self-employed person with monthly income in the range of €350 to €600 and monthly expenses not exceeding 40 percent of their income paying more in taxes.

“Considering the huge difference between the average taxes and payroll levies of employees and the self-employed, I evaluate this measure positively,” Kičina told The Slovak Spectator. “Nevertheless, I am negative about the radical change in the personal allowance for business expenses. I would have expected a gradual decrease within a 2 to 3 year transition period. After all, even if this allowance had been kept, many self-employed would still pay more.”

As for the risks of the proposed tax reform plan, Kičina said he sees two: “First, politicians might fail to reach agreement and the reform will not go through; and secondly, the radical cancellation of the personal allowance for business expenses might either force the self-employed to end their businesses or motivate them that instead of paying high taxes and payroll levies they will hire a ‘creative’ accountant who will be able to shape their tax basis in a way so that they pay even less than they did so far.”