'Development is on the right track'

THE MAIN organisation representing American, but also international and local business interests in Slovakia – the American Chamber of Commerce in Slovakia, or AmCham – says public procurement and the judicial system are key areas requiring serious reform in Slovakia. While AmCham says it acknowledges the efforts made so far by the Slovak government to improve the country’s business environment, and says it is actively helping with those reforms, it adds that several other areas must be addressed. AmCham also says that corruption is continuing to harm Slovakia’s image and ward off potential investors. 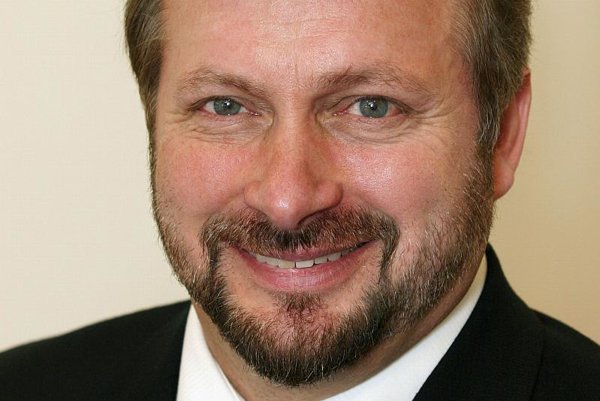 THE MAIN organisation representing American, but also international and local business interests in Slovakia – the American Chamber of Commerce in Slovakia, or AmCham – says public procurement and the judicial system are key areas requiring serious reform in Slovakia. While AmCham says it acknowledges the efforts made so far by the Slovak government to improve the country’s business environment, and says it is actively helping with those reforms, it adds that several other areas must be addressed. AmCham also says that corruption is continuing to harm Slovakia’s image and ward off potential investors.

The Slovak Spectator spoke to Jake Slegers, executive director of AmCham, about business conditions in Slovakia, and about AmCham’s position on public procurement reform and the ongoing effort to revise the Labour Code.

The Slovak Spectator (TSS): What do you see as the main legislative barriers, from the point of view of foreign investors, to doing business in Slovakia?

Firstly it’s important to present the positive economic performance of Slovakia, the government’s efforts to improve business conditions and the country’s openness towards new investments.

But with regards to the business environment we see changes in areas like labour legislation, public procurement legislation, reform of the Slovak judiciary, and reduction of the acceptance of corruption as all being necessary. AmCham offers expertise on cooperation in all these areas, and is encouraged by steps taken by Slovak ministries so far.

TSS: Has the government in your opinion passed any legislative changes that could potentially improve the business environment?

With regards to measures taken by the government of Iveta Radičová, we are encouraged by several steps so far. It seems to us that development is on the right track with regards to public procurement and the Labour Code.

However, we want to encourage the government to take further action on the judiciary and corruption issues and AmCham is offering its assistance in any way possible to achieve this.

TSS: AmCham has been calling for a more intensive approach to reduce corruption. What measures would help such efforts?

Firstly it is necessary to say that corruption seriously hurts Slovakia’s image and its ability to attract investments.

According to the AmCham SMEs survey 2010, while most of the participating small and medium-sized firms were reasonably happy with the tax level or business registration processes, they did not trust the Slovak legal system and found the current legislative environment unstable. Respondents indicated that they would also welcome it if the level of contributions to social and health insurance companies were lowered, inefficient processes in the state administration were tackled, corruption was rooted out and if they were to generally receive more support from the state, be it financial, informational or moral. The results of the survey show that businesses frequently come across protracted, confusing and non-transparent processes, hence AmCham is committed to improving this state of affairs, in cooperation with the US Embassy.

TSS: The Justice Ministry is set to complete work on a new public procurement bill by June 30 and has called on foreign chambers of commerce to submit their comments. What is the position of AmCham on this issue?

AmCham is actively involved in the ongoing reform efforts in the field of public procurement legislation, especially by means of its Public Procurement Task Force. It met Justice Minister Lucia Žitňanská in October 2010, along with German and Austrian chambers of commerce, and again in February this year. The ministry and AmCham agreed on the involvement of the task force in the preparation of the new public procurement act scheduled for 2011.

AmCham representatives have now submitted their comments on the working material prepared by the Ministry of Justice, recommending the following: clear definition of a contracting authority so as to leave no doubt as to whether specific entities fall into the category of contracting entity or not (AmCham also believes it is desirable to prevent the overlapping of various categories of contracting authorities and contracting entities); greater use of electronic processes and electronic communication in public procurement to increase the efficiency of public procurement by reducing the costs for both contracting authorities and bidders; an increase in the objectiveness of the pre-qualification stage in public procurement, although to a certain extent this recommendation has already been reflected in a recent legal amendment; more flexible criteria for evaluation of bids, so that the price is not automatically the most important criterion; an increase in the search functionalities of the database of methodological guidelines and decisions of the Office for Public Procurement; strengthened supervision over increases in the tendered price after the completion of the public procurement process, e.g. by means of amendments (the recent amendment also dealt with this, although the government has indicated that it may want to take a stricter approach); and improved opportunity for bidders to submit explanations to the submitted bid, so that the bidder has an opportunity to correct minor mistakes in the submitted bid and avoid disqualification (although, again, the recent amendment has already dealt with this).

TSS: The government aspires to revamp the Labour Code as well as the income and payroll tax system. What fundamental points do you think should be observed during this process?

We want to see the government display a clear intention to do the following: balance the relationship between employers and employees; create a more flexible labour environment when it comes to hiring and termination of employment; create more space for participants to regulate their mutual relationships; and regulate the powers of trade unions only with respect to issues within their responsibility.