The amendment to the Public Procurement Act which enters into force on April 1, 2011

On February 11, 2011 the parliament adopted an important amendment to the Slovak Public Procurement Act (the Act) which entered into force on April 1, 2011. The amendment, according to the general part of the explanatory statement, aims to have a positive impact on competition and the business environment in Slovakia. It should also improve both the costs of public procurement and spending in the management of public resources, by implementing several new measures. The following article provides a basic overview of these new measures and institutes and some other important changes to the Act. 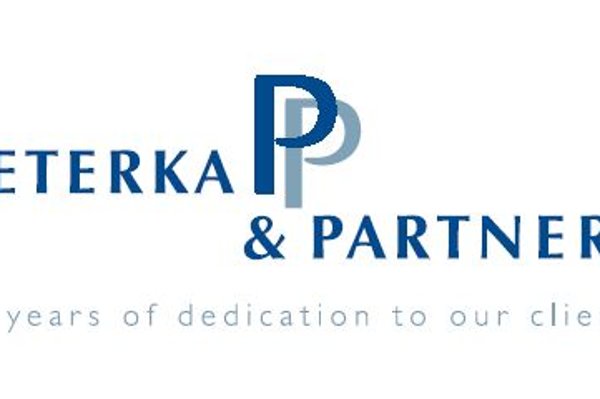 On February 11, 2011 the parliament adopted an important amendment to the Slovak Public Procurement Act (the Act) which entered into force on April 1, 2011.
The amendment, according to the general part of the explanatory statement, aims to have a positive impact on competition and the business environment in Slovakia. It should also improve both the costs of public procurement and spending in the management of public resources, by implementing several new measures. The following article provides a basic overview of these new measures and institutes and some other important changes to the Act.

One of the most important and positive changes provided by the amendment is the implementation of new financial limits by contracts. This was brought about partly by Commission Regulation No 1177/2009 on new limits concerning above-limit contracts. Together with the Regulation’s limits, the amendment significantly lowers the national limits for under-limit contracts, under-threshold contracts and contracts of small value. This particular change brings greater control of public resources and spending by authorities by imposing an obligation to use more formal public procurement procedures even for smaller values of orders.

New definitions of some subjects under the Act

The provisions on the basic obligations of a public procurer and a procurer have been extended by two new sections. These new sections speak of the obligation to send, immediately after concluding a contract or after ending certain other procurement procedures, relevant documents (as hardcopies or by electronic means) such as minutes on evaluating compliance with participation conditions, minutes on evaluating tenders, or copies of all tenders, to the Office for Public Procurement (the Office). Regarding sending the tenders the amendment points out the obligation to keep some of the information stated in the tenders as confidential.

The amendment also introduces new provisions regarding a public procurer’s and a procurer’s obligations to the Office. Under these provisions a public procurer and a procurer are obliged to send the Office a notice of concluding a contract, a concession contract, a framework contract or amendments to any of them, within seven days of publication. If publication is not mandatory hardcopies must be sent within seven days of conclusion. The aim of the amendment is to ensure that a higher level of information is provided to the public by publishing the whole contracts with the successful tenderers. This obligation was not previously expressly imposed by the Act. The Office only had the right to ask further questions. Confidentiality was often used as a reason for not publishing a contract, including, in many cases, contracts of major importance.

To limit the possibility of a public procurer or a procurer to set the requirements and conditions in a procedure so that they favour a specific tenderer, a public procurer and a procurer are obliged under the new regulation to explain the necessity of every required condition of participation regarding the object of the contract.

Under the new provisions a public procurer is obliged every quarter to publish on its website or in the press a summary of contracts of small value with a value over €1,000.

Moreover, new measures for limiting, at least in part, the possibility to arbitrarily exclude the tenderer because of an abnormally low tender, have been introduced. The deadline for submitting an explanation of an abnormally low tender has been extended to five working days after delivery of the commission’s request. After receiving a written explanation the commission can invite the bidder to a personal consultation on the tender, which cannot take place earlier than five working days after delivering the invitation.

Exclusion from the procedure because of formal mistakes

In order to prevent its immediate exclusion from the procedure the new provisions introduce a minimum time limit6 which should be available to the candidate or tenderer to prepare an explanation or complete the documents. If the tenderer or candidate does not meet the deadline, the public procurer or the procurer is still authorised to exclude them from the procedure.

The amendment has introduced many other important changes to public procurement procedures, institutes and obligations. One is the removal of separate rules in awarding non-priority contracts (such as those for legal services, education and professional education). Formerly, non-priority contracts had less strict rules applied to them. Now, basically the estimated value of the contract is decisive.

Under the previous regulation under-threshold contracts were very often hard to get information on, as a public procurer was obliged to publish invitations to submit tender only on its website. The amendment has introduced significant changes in the procedure of awarding under-threshold contracts, mainly by imposing an obligation to publish an invitation to submit tender in the Office Journal. Detailed content on the invitation is also required by the amendment. Under the new provisions a public procurer is obliged to set a time limit for submitting tenders which cannot be shorter than 20 days after sending the invitation to the Office.

Another, often misused institute, the restricted procedure, by which usually only a limited number of candidates are invited by the public procurer to submit tenders, has been amended with the aim of removing the limitations and avoiding their misuse. But only the lower limit of a candidates’ number is raised from five to ten. The upper limit is still 20 candidates which can be invited to submit tenders.

Finally, the possibility to file a motion to have a contract concluded contrary to the Act nullified by the court within one year of its conclusion has been repeatedly introduced. The right to file such a motion is granted to the Office and prosecutors.

Conclusion
According to the explanatory statement the amendment’s aim is to significantly improve transparency and competition in public procurement procedures. However, only a partial improvement has been achieved mainly thanks to the implementation of the new financial limits and the removal of different rules for non-priority services.

This article is of an informative nature only and under no account can it be considered to be a legal opinion.
Should you need any further information on the issues addressed in this article, please contact our Law Office:
PETERKA & PARTNERS
Tel. +421 2 544 18 700
E-mail: office@peterkapartners.sk
www.peterkapartners.com

Founded in 2000, PETERKA & PARTNERS has grown into a full-service firm with 75 lawyers and seven offices in Prague, Bratislava, Kyiv, Sofia, Moscow, Katowice and Bucharest and has built up a highly regarded practice within the CEE region.
PETERKA & PARTNERS has been consistently ranked among the best practices in the leading publications on the legal services market, such as Chambers, Legal500 and IFLR1000.