Disclosure of contracts with public authorities and state-owned companies becomes mandatory. On 1 January 2011 a new act, No. 546/2010 Coll. (the Act), became effective in Slovakia, which is the new Slovak Government's attempt to increase transparency and curb corruption in the public sector. 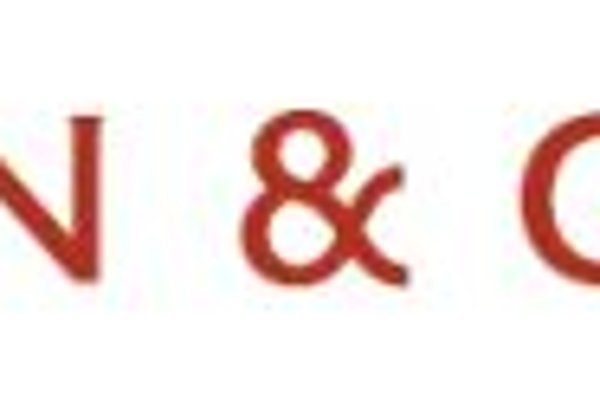 Disclosure of contracts with public authorities and state-owned companies becomes mandatory.
On 1 January 2011 a new act, No. 546/2010 Coll. (the Act), became effective in Slovakia, which is the new Slovak Government's attempt to increase transparency and curb corruption in the public sector.

Such a step is to be warmly welcomed given the significant deterioration in perceived public standards over recent years. Nevertheless, there are some complications and unclear interpretations, which need to be clarified for the Act to provide clear guidelines for the many entities affected by it.
The Act introduces fundamental changes to written contracts concluded with public authorities and state-owned companies after 1 January 2011. These agreements will now not become legally effective unless and until they are published on the internet.

Mandatory disclosure
The Act specifies two conditions on which a written agreement must be published online. These are that:
(1) one of the parties is an "obliged entity", which includes all state, regional and municipal authorities, entities established by law (eg the National Bank of Slovakia) and entities that were founded by public authorities, such as state-owned companies (eg airports, railways); and
(2) the agreement must relate to public finances, public property or EU funds.

Consequences of non-disclosure
Any agreement which has to be disclosed does not become legally effective until it is published. If it is not published within three months, it will be considered invalid.
In practice this would mean for example:
• any payments made or services rendered under the agreement must be returned;
• that the purchaser does not acquire the title to goods and real property and cannot on-sell the assets;
• any pledge granted is invalid; and
• the counterparty cannot rely on any contractual representations, covenants, indemnities, etc.

Unclear scope
Most entities affected by the regulation are well defined and there are no doubts regarding their obligations. In particular, it is clear that state bodies as well as self-governing regions and municipalities fall under the scope of the disclosure obligation. However, there are certain entities which are "on the border" and whose obligations under the Act are not entirely clear.
For example, the Act includes all entities "founded by a public authority". Under the literal interpretation, this would also include companies originally founded by the state but which have since been privatised, such as some major Slovak banks and energy companies. At the same time, the literal wording would exclude subsidiaries of state-owned companies from its scope, because they were not directly "founded by a public authority". Both examples show that the literal wording does not wholly match the purpose of the Act.
Additionally, deciding whether an agreement is related to public finances, public property or EU funds is not always clear. Even some formerly state-owned private companies may be caught by the mandatory disclosure requirement of some agreements. At the same time, the literal wording suggests that even the property of state-owned companies is technically not state property and thus not covered by the disclosure obligation. Again, the drafting of the law does not wholly match its purpose.
The interpretation that courts will adopt is difficult to predict and, given the harsh legal consequences of failing to comply, the new regulation may, without detailed knowledge of the provisions and careful management, adversely affect legal certainty in many relationships. While the philosophy of disclosure certainly points in the right direction, more thorough and concise drafting of the Act could have prevented some of these likely practical difficulties.

Exceptions
The Act exempts certain contracts from disclosure. These include employment agreements with public employees, contracts concluded by intelligence agencies and contracts relating to securities. However, the carve-outs are drafted narrowly and it always needs to be carefully considered whether a specific contract must be published.
In addition, the Act also allows the specific exemption of certain contractual provisions, such as personal data and banking secrecy. However, the application of an exemption also needs to be considered on a case-by-case basis.

Trade secrets
In the past the state authorities sometimes relied on the protection of trade secrets as a basis for refusing to disclose information under the Slovak Freedom of Information Act. Under the new legislation, information relating to public finances, public property or EU funds cannot be considered a trade secret and will have to be disclosed.

Long-term agreements
While the main purpose of the Act is to ensure the disclosure of public sector contracts, the Slovak Government also decided to address "infinite" contracts sometimes concluded by public authorities in the past (eg for the lease of land). In line with this objective, the Act invalidates certain provisions in long-term agreements with public authorities. Automatic extensions and the impossibility to terminate an agreement for an indefinite period of time are generally prohibited.

Choice of law
The new regulation is specifically designed to apply even where the parties opt for a foreign governing law. It remains to be seen whether, for example, an English court would uphold the mandatory disclosure requirement in a contract governed by English law between an English bank and a Slovak public authority. However, it appears likely that at least within the EU, the mandatory disclosure requirements would be upheld.

How to proceed
The following should be considered before entering into a contract with an entity that may be subject to the responsibilities of being an obliged entity:
• analyse whether a specific contract falls under the disclosure requirement before every prospective transaction;
• consider whether the mandatory disclosure of trade secrets would prejudice the commercial interests of the counterparty;
• conduct a due diligence on whether the requirements have been complied with in past transactions since 1 January 2011 (otherwise, there is no valid agreement);
• consider appropriate conditions precedent and waivers allowing publication, if the obliged entity fails to do so;
• apply to publish the agreement, if the obliged entity fails to do so;
• for the sake of legal certainty, always request confirmation that the agreement has been published.

This article is of an informative nature only. For more information please contact our Law Office:
Allen & Overy Bratislava, s.r.o.
Tel: +421 (0)2 5920 2400
www.allenovery.com