LAST year, Slovak telecommunications operators continued to fight for customers and searched for ways to overcome decreasing revenues that they said were caused by both the economic crisis as well as government regulations. Market watchers expect that the launch in June of a large 3G network by Slovakia’s newest telecom operator may further sharpen competition this year, and say the growing popularity of smart phones and similar devices will require all the major operators to roll out more sophisticated and faster services. 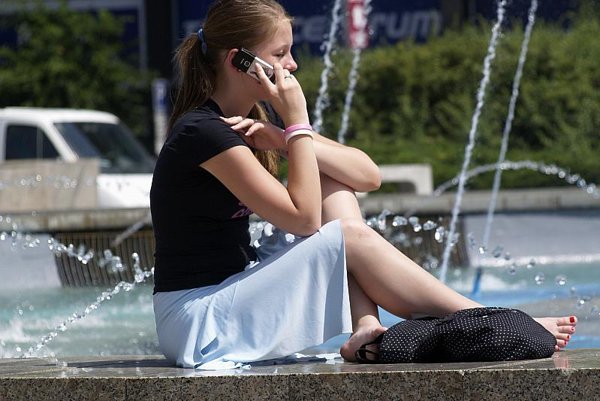 LAST year, Slovak telecommunications operators continued to fight for customers and searched for ways to overcome decreasing revenues that they said were caused by both the economic crisis as well as government regulations. Market watchers expect that the launch in June of a large 3G network by Slovakia’s newest telecom operator may further sharpen competition this year, and say the growing popularity of smart phones and similar devices will require all the major operators to roll out more sophisticated and faster services.

“Fights for price-sensitive clients, of whom there are more and more, continued last year,” Filip Hanker, an expert and the editor-in-chief of Zive.sk and MobilMania.sk, told The Slovak Spectator, adding that in the voice segment of the business there is not very much new to offer from the marketing angle and that operators are forced to reduce the price for calls. “Another trend is a drop in prices for short messages and supplementary discounts for a combination of services through which operators endeavour to maintain an adequate average revenue per user.”

According to Hanker, operators are keeping an eye on customers who have minimum communications needs as well, offering them various kinds of bare-bones service packages as well as lower prices for pre-paid cards.

“It is still more convenient for operators to keep these clients than to release them to the competition,” Hanker said. He added that this is partly because quoting a larger number of customers in a firm’s final results looks better, but is mainly so because such customers can later trade up to a different product, start to use the internet as well, or simply because customers from other networks will call these low-usage persons and the operator can earn revenue from interconnection fees. Operators are also continuing in their efforts to increase revenues from the internet, Hanker said, adding that he is certain that the operators see internet-generated revenues rising for many years to come. This is why they have offered various products even to those who need to use the internet only occasionally.

Slovakia’s dominant telecom operators, when assessing 2010, complained about both national and EU regulations which they said impacted their revenue streams.

“The factor which currently affects the development of the Slovak telecom market is its general saturation and stagnation and simultaneously the unceasing regulation from the side of the national regulator as well as the European Commission,” Andrej Gargulák, the spokesperson for Slovak Telekom (ST), told The Slovak Spectator. “Growth was seen especially in the segment of digital television and mobile data services.”

Slovak Telekom merged last year with sister company T-Mobile, and in late February ST’s general director, Miroslav Majoroš, described 2010 as one of the most demanding years for his company. The merger process is not yet over as the company will undergo further restructuring in 2011 even though it laid off 150 staff last year, primarily from managerial positions. A larger reduction in the company’s labour force, which numbered 4,650 at the end of 2010, is expected to come this year, according to the SITA newswire.

ST closed its 2010 financial year with total consolidated revenues of €934.3 million, a drop of 4 percent, even though its number of active mobile clients increased by 31,000 to 2.246 million, SITA reported.

Orange Slovensko also put price regulation and the slowly-ending economic crisis as the main factors that affected it last year. Its revenues, at €763.8 million for the year, shrank by 6 percent compared to 2009. The company attributed almost all of this fall – 5.8 percentage points – to price regulation.

“When the influence of regulation is not taken into consideration, Orange actually reached revenues at the 2009 level,” Peter Tóth, corporate affairs manager at Orange Slovensko, told The Slovak Spectator. “This means that after a year of decrease, Orange managed to stabilise its revenues.”

Tóth added that Orange managed to compensate for the negative impacts of regulation and the crisis by growing its telecom services, as the volume of voice services grew by 3 percent and data services increased by as much as 68 percent.

But in contrast to the other major telecom operators, the number of active Orange customers decreased by 21,000, or 0.7 percent, to 2.87 million. Tóth said that his company perceives this small decline to be an excellent result based on the level of competition in Slovakia.

The most recent entrant to the Slovak market, Telefónica O2 Slovakia which started its commercial operation in February 2007, said it extended its customer base last year and penetrated into new customer markets. Because Slovakia’s mobile market is nearly completely saturated, Telefónica had almost no other choice but to seek to capture customers from other companies. The overall penetration rate of SIM cards in the Slovak market rose by 6.2 percentage points over the course of 2010 to reach 111 percent at the end of the year.

“Last year clients transferred almost 142,000 telephone numbers from competitors to O2,” René Parák, spokesperson of Telefónica O2 Slovakia, told The Slovak Spectator. “The total year-on-year increase of O2’s client base amounted to 59.2 percent over a single year, to over 880,000.”

Market watchers forecast stronger interest in broadband internet and data services and, as was forecast at the world mobile congress held in early February in Barcelona, higher sales of smart phones and tablet computers.

“It is possible to expect that operators will massively sell these devices and that they will also have to offer services adequate for these devices,” Alojz Vlčko, a telecoms market watcher, told The Slovak Spectator, adding that consumers can also expect, for example, bigger and cheaper data packages and better roaming offers for those leaving the country for holidays or other travel.

Hanker expects additional decreases in prices for access to the internet, though only very gradually, and a more intense focus on increasing speeds. Vlčko added that telecom operators are more focused now on providing data services for mobiles and other devices.

“The volume of data transferred via mobile networks is rising steeply and this trend will certainly not cease this year,” Vlčko said, adding that because O2, as the last operator in Slovakia, will launch its 3G network later this year the market may also see more significant confrontations on price.

Vlčko also noted that targeting specific groups of users is very rare in Slovakia, listing students as an example, and predicting that there is further opportunity here. He also expects operators will prepare products clustering mobile and fixed-line telephony, mobile and fixed data services and television, the so-called triple-play and quad-play packages.

“Operators may fight for clients also through such comprehensive packages with better prices,” Vlčko said.

Hanker and Vlčko do not expect any swift launch of the newest generation LTE technology in Slovakia, with Hanker saying speeds provided by the current 3G networks are high enough for normal as well as higher-level usage in Slovakia.

“Since all three mobile operators have announced investments into HSPA+ technology, we can assume that we will have to wait some time for the launch of LTE,” Vlčko said, while adding that that licences and division of frequencies must be resolved first.

Telefónica O2 Slovakia expects that additional customers will switch to its services and Parák noted that the launch of its 3G network in June will be the company’s biggest investment, adding that O2’s ambition is to cover as much as 33 percent of the population in 24 towns across Slovakia with its 3G network. He also said that O2 had entered the market segment of small and medium-sized companies and had registered an 11 percent market share in February of this year.

Slovak Telekom expects stagnation as well as regulatory challenges to continue in the Slovak telecoms market throughout 2011, according to Gargulák. ST sees opportunity for growth particularly in market segments such as digital TV, mobile data services and ICT (information and telecommunication technologies).

The Slovak government has quietly signalled its plan to sell its remaining shares in ST and Gargulák expects that the government will communicate in this regard with ST’s majority owner, Deutsche Telekom.

“The influences of direct as well as indirect price regulation will continue, which create a need to motivate clients to use telecommunications services in an increasing scope,” said Tóth.

Last year Orange invested €71 million in new technologies and into its network, and plans to increase its investments by about 40 percent this year.