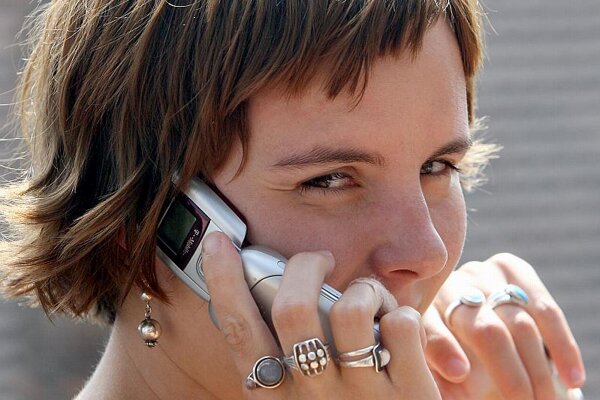 “Regulation would probably not please any industrial branch,” Alojz Vlčko, a telecom market expert, told The Slovak Spectator. “Thus, we should not wonder about the rhetoric of mobile operators. It is logical for them to name regulation of prices for services as the cause behind their drop in revenues, because without it [regulation] the creation of prices might be freer and operators might ask more for their services.”

The telecommunications sector experienced several waves of national and European regulation governing interconnection fees, the fees paid when making calls from one operator’s network to another network, as well as roaming prices when away from one’s own network.

Vlčko views supervision by national and European regulatory agencies to be important in mobile communications, saying competition is able to affect prices only to a limited extent.

“International roaming might serve as an example,” Vlčko said, noting that before European regulation, prices for international roaming were incomparably higher than prices for national calls even though the character of both services was the same. “Even under threat of regulation, the operators were unable to reach an agreement [among themselves] at the wholesale level to make calling from abroad cheaper. Only regulation helped.”

Orange Slovensko, the mobile operator which currently has the largest number of active customers in Slovakia, blamed regulation for almost all of the drop in revenues it reported last year.

Slovak Telekom, which provides mobile services under its T-Mobile brand, is also not pleased with regulations advanced by national and European authorities.

“On one side constant investments into networks and new modern technologies have been expected from mobile operators but the operators are simultaneously more and more limited in creation of prices stemming from traditional market mechanisms operating in fully competitive markets,” Andrej Gargulák, the spokesperson for Slovak Telekom (ST), told The Slovak Spectator.

Vlčko conceded that not all regulatory interventions turn out to be positive.

“If they [interventions] reduce the margin inappropriately, they may affect [a company’s] investment activity, which in the end is a disadvantage, especially to the client,” Vlčko said.

The most recent entrant into the Slovak market, Telefónica O2 Slovakia, which began commercial operation in February 2007, believes that regulation has improved the environment in the telecommunications market.

“We maintain that the task of regulation is to secure equal conditions for each player in the market so that the precondition of a healthy competitive environment is met,” René Parák, Telefónica O2 Slovakia’s spokesman, told The Slovak Spectator. “The market environment of the telecoms segment has improved significantly in Slovakia over the last few years exactly because of regulation.”

Parák said that when O2 entered the Slovak market, the telecoms sector was lagging behind other developed European markets in many areas, specifying that it took 25 days to migrate a telephone number from one operator to another and that termination fees were among the highest in the EU. According to Parák, O2 believes that actions by Slovakia’s regulator, the Telecommunications Office, helped to push down termination fees to the level in developed European markets and to cut the period required for transferring a phone number to five days, as well as reducing the fees associated with doing so.

“In the end it was Slovak users of telecommunications services who profited from the regulation,” said Parák, adding that this applied not only to O2’s customers but those of its competitors who also benefitted from reduced prices and more lively competition.

More regulation in the future?

The Telecommunications Office announced in late December that one of its goals for 2011 is to reduce interconnection fees for all three mobile operators in Slovakia. It also will seek to reduce the time for transferring one’s telephone number to a new operator from five days to just one.


More regulation might also come from the European Commission: it indicated as early as last June its dissatisfaction with competition within the mobile market, even though roaming prices have fallen somewhat.

The first EC regulations concerning roaming prices were introduced in 2007 to ensure that mobile phone users would pay similar roaming tariffs across the EU. In July 2009, the EC adopted revised rules that regulated roaming prices further, requiring that by July 2011 the maximum roaming charges, by default, would be 35 cents per minute for calls made from abroad and 11 cents for calls received while abroad. The roaming rules adopted in 2009 will apply until the end of June 2012.

The EC is preparing a full review of its roaming rules to assess the extent to which the objectives have been reached and whether competition is working for roaming services, states an EC media release from February, noting that its review should be completed by June 30, 2011.