Well-rooted musicians can stretch their styles

NORTHERN Indian classical music is a very specific genre that is not widespread even in its home country as it is quite difficult to learn and requires a specific approach and unusual instruments. But musicians playing this kind of music often join together with other performers to stretch the limits of the music world, experimenting with new combinations and rhythms, finding new audiences and bringing more people to appreciate Indian classical music. In March, members of the Abhijit Banerjee Trio accepted an invitation from Slovak jazz drummer Martin Valihora and the Shiraz agency to participate in the One Day Jazz Festival in Bratislava. 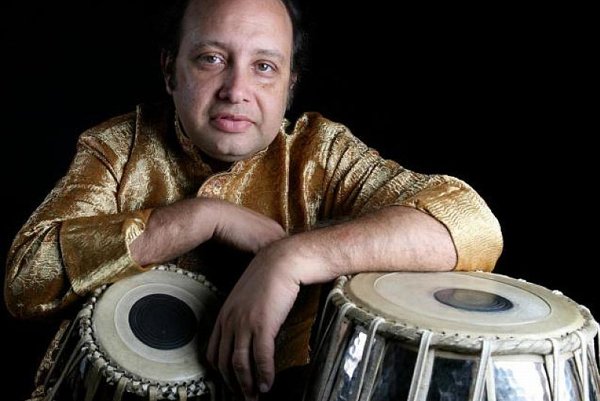 NORTHERN Indian classical music is a very specific genre that is not widespread even in its home country as it is quite difficult to learn and requires a specific approach and unusual instruments. But musicians playing this kind of music often join together with other performers to stretch the limits of the music world, experimenting with new combinations and rhythms, finding new audiences and bringing more people to appreciate Indian classical music. In March, members of the Abhijit Banerjee Trio accepted an invitation from Slovak jazz drummer Martin Valihora and the Shiraz agency to participate in the One Day Jazz Festival in Bratislava.

The festival is the “spiritual child” of Valihora, a graduate of Berklee College of Music in Boston, USA, who has played with many renowned world musicians and recently became even more popular performing along with the legendary Collegium Musicum formation and the Martin Chodúr Band. At past festivals Valihora has brought musicians of various genres to perform with him and his ever-changing Martin Valihora Trio. This year he invited Gypsy Classic as the opening band as well as the Indian Abhijit Banerjee Trio. After the opening gig on March 22, the Martin Valihora Trio performed, followed by the Indian musicians alone, culminating with a joint crescendo fusing classical Indian music with jazz, resulting in a galvanising performance interrupted with wild applause and ending in a standing ovation.

The organisers also offered two screenings of a movie about the Indian musical style and two public discussions with the musicians, one of them with members of the Slovak-Indian Friendship Club, and added a concert in the spa town of Piešťany. The trio consists of Abhijit Banerjee playing the tabla drum, Biswajit Roy Chowdhury playing the sarode, an old classical instrument, and Somnath Roy playing the ghatam, also an older type of percussion instrument. Each trio member has performed with well-known world musicians such as Ravi Shankar, Trilok Gurtu, and Ry Cooder and each composes music, for movies as well. The Slovak Spectator asked them about their routes from Indian classical music to European jazz and other modern styles as well as about their impressions of Slovakia.

The Slovak Spectator (TSS): How did you find the Slovak audience?

You are a musical nation, that’s for sure. A European audience is not expected to understand everything. An Indian audience, when listening to Indian classical music, usually also expresses their impressions between the performances; if we do some really good things they clap, stand up, and so forth and that encourages artists and gets the best out of them. Europeans are not used to this type of reaction; they usually just sit and clap only at the end. But nowadays, they even sometimes clap in between. That’s what we like and that’s something we experienced in Budapest as well as here in Bratislava.

TSS: Is Indian classical music developing, and if so, how?

It is not expected to develop, to be modernised. Indian classical music and Indian modern music are two different things; the classical music has existed for hundreds of years in its original form and I am sure it will stay like that for hundreds more. And even if it does not stay, I don’t care – my music goes with me. When I die, I want to it to be buried with me. The way I play Northern Indian classical music will die when I die. However, I know that sarode music will go on even without me, maybe also be modernised. It’s like with Liszt – after he was gone, nobody was able to play piano like he could. But the instrument went on and piano music has developed ever since.

We don’t feel forced to modernise, to adapt music to modern fans. We play music because we like it and we cannot do anything else. It’s not a profession, it’s a vocation. We play with artists performing other genres, like Martin, but it does not change our classical music, nor does it make it bigger or smaller. People like Ravi Shankar popularised Indian music and found it new audiences but it did not change the essence of the classical music. There are influences from outside, but it takes a long time, maybe centuries, for them to bend the classical style. It is the socio-cultural and commercial pressures, political changes that influence the music more. The first role of our classical music was devotional, turning to God; then pressure came to entertain kings and rulers – and the music took another turn. And nowadays, the Bollywood modern-Indian style is there to entertain the masses.

I think that the music always changes and has changed ever since. It enhances me to play with other musicians, to open myself to different styles.

Actually, it’s not a question of our choice or preference – the evolution is there also in music and it develops whether we want it or not. If you choose good musicians to perform with, you can bring your idea to life, without getting out of the rhythm, the notes – this is the science. How to produce this science is art. Everywhere you go – except for China and Indonesia –
there are seven notes; so the fundamentals are the same.

We even took Indonesian music and adapted it to our Indian way. But what cannot change is the root, the essence.

The sarode developed from the rebaab, an even older instrument, and my percussion, the tabla, also was not always there in India. Music develops and nowadays, as people tend to travel more and more, even musical styles within different regions of India that tended to be quite separate and differentiated have been mutually influenced.

One should first get to know the music, the instrument, the history and background of the specific style, and only then should he or she be allowed to try other things, to learn new styles and open up to them.

Nowadays, thanks to computers, everything is quicker and more superficial, and everybody thinks he can play music. But unless you learn your [musical] system properly and unless you are well-rooted in your own music, you cannot stretch out your branches to other styles and collaborate with other artists.