THE EYES of much of Europe turned once again to Hungary on April 18 when its parliament passed an amendment to the country’s constitution, dubbed as conservative, controversial and problematic by the world’s media as well as by the parliamentary opposition to Hungarian Prime Minister Viktor Orbán. Slovak politicians also poured their share of cross-border criticism on the government and parliament dominated by Orbán’s Fidesz party. 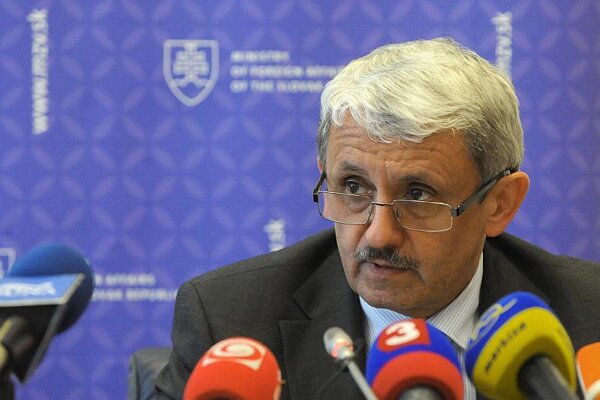 THE EYES of much of Europe turned once again to Hungary on April 18 when its parliament passed an amendment to the country’s constitution, dubbed as conservative, controversial and problematic by the world’s media as well as by the parliamentary opposition to Hungarian Prime Minister Viktor Orbán. Slovak politicians also poured their share of cross-border criticism on the government and parliament dominated by Orbán’s Fidesz party.

The new constitution is expected to be signed by Hungarian president Pál Schmitt on April 25 and will take effect on January 1, 2012. Critics have levelled particular criticism at aspects of the constitution they say will cement the power of Fidesz beyond its current term in office.

Critics said they see several problematic points in the new constitution and one is the change in the name of the country from the Republic of Hungary to just Hungary, which they say is reminiscent of the pre-World War I era and affects those countries that were once part of Greater Hungary. The new constitution will also widen the scope of laws requiring two thirds support in parliament, which observers have labelled a method through which Fidesz can stretch its power beyond its current election term. The constitution establishes the Hungarian forint as the official state currency, meaning that a switch to the euro in the future would require a constitutional amendment.

According to statements from Slovak government representatives, the most problematic part of the new constitution is the stated obligation of the Hungarian government to care for the millions of ethnic Hungarians living beyond its borders.

Slovak Foreign Minister Mikuláš Dzurinda, from the Slovak Democratic and Christian Union (SDKÚ), held a press conference on the day the Hungarian parliament passed the new constitution and assured the media that Slovakia's authorities remained actively engaged on the issue.

Dzurinda said Slovakia opposes the concept in the new constitution that creates collective rights for ethnic Hungarians outside the country. He added that he would not like the focus of this topic to be diluted by discussion of other aspects of the constitution that also have been called problematic.

Dzurinda stated he wants to make sure that “only the laws of the Slovak Republic are valid in Slovakia”.

He added that the Foreign Affairs Ministry has been in touch with Knut Vollebaek, the High Commissioner for National Minorities of the Organisation for Security and Co-operation in Europe (OSCE). Dzurinda also said he is trying to arrange a meeting with his Hungarian counterpart, János Martonyi, in Slovakia.

The Freedom and Solidarity (SaS) party and the Christian Democratic Movement (KDH), both members of the ruling coalition, declared that the stated constitutional responsibility of the Hungarian government for ethnic Hungarians living beyond its borders, including the estimated 500,000 living in Slovakia, along with support for their collective self-government and the possibility that voting rights will be extended to ethnic Hungarians living outside Hungary, are the constitutional changes they consider most problematic.

SaS also objected that Orbán had acted unilaterally in pushing the constitutional changes forward and said it believes this was not in accordance with bilateral treaties signed by Hungary and Slovakia.

Béla Bugár of Most-Híd had the most moderate reaction, saying Slovakia should wait and see how Hungary uses the new constitutional powers in practice.

“I don’t think we should react to everything,” Bugár said, as quoted by the TASR newswire, adding that it is Hungary’s constitution, not Slovakia’s.

Opposition Smer party, which led Slovakia’s previous, nationalist-oriented government, reacted more harshly, stating that Hungary might have revisionist tendencies and called on all Slovak politicians to act jointly “to build a barrier that would respond to some articles of the Hungarian constitution”.

“I do not rule out that it will be necessary to pass an amendment to the Slovak constitution, for which we need to prepare well, discuss it and gain very broad agreement of all Slovak political parties,” Smer leader Robert Fico said, as quoted by the SITA newswire. Fico added that if the Hungarian constitution poses “an absolute attack against the territorial integrity [of Slovakia]”, then the Slovak constitution should have responsive language about Slovakia’s territorial integrity.