THE TUG-OF-WAR over the future form of Slovakia’s labour legislation is not over yet, even though Labour Minister Jozef Mihál expressed total satisfaction with the course of tripartite talks held on April 19 between the government, employers and unions. 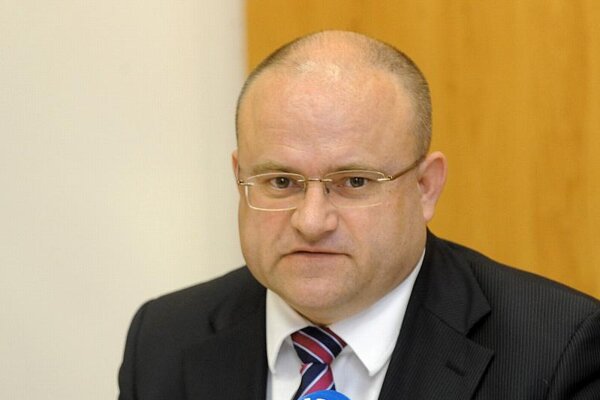 THE TUG-OF-WAR over the future form of Slovakia’s labour legislation is not over yet, even though Labour Minister Jozef Mihál expressed total satisfaction with the course of tripartite talks held on April 19 between the government, employers and unions.

In late March, trade union members took to the streets arguing that the proposed changes to Slovakia’s Labour Code would result in a decline in the economic and social status of employees. Employer association responded that they preferred negotiations over street protests but also complained that the draft proposed by the ministry would not end what they called legislative barriers to job creation.

After the latest tripartite negotiations Mihál said that he sensed satisfaction among the social partners. But the responses of the unions and employer associations indicate that the minister might be alone in his impressions.

“Employers associated within the National Union of Employers (RÚZ) express fundamental disagreements with yesterday’s tripartite [negotiations]” stated the official release from one of Slovakia’s employer associations.

The RÚZ stated that employers’ expectations had not been fulfilled and that “Slovakia has missed a chance to fundamentally improve its business environment as well as the situation in the labour market”.

Slovakia’s Federation of Employers’ Unions (AZZZ) also said the talks did not meet its expectations because the Labour Ministry failed to remove from the draft the socalled differentiated minimum hourly wage, which would vary based on the characteristics and demands of a particular job.

The government says one of its intentions in drafting a revised Labour Code is to make the law more familyfriendly, giving both employers and employees the option to work flexible hours based on their own particular needs.

The draft amendment would also introduce so-called shared posts, making it possible for an employer to divide work usually designated as only one job position between two employees.

The code would also introduce a so-called competition clause which would permit a company to sign a contract forbidding an employee from doing the same kind of work with a competitor for a maximum period of one year after separating from his or her employer.

The draft amendment would automatically entitle employees who are aged 33 and older to 25 days of annual holiday.

Disagreements, however, were reported concerning the possibility of negotiating longer notice periods in a collective agreement.

“We propose and insist that within collective bargaining it would be possible to extend the standard notice period by three months at most,” Mihál stated, as quoted by SITA.

Mihál was reported to have yielded ground on the ministry’s initial ideas on how to define dependent work under the law and apparently also withdrew his idea to adjust the dates of some state holidays so that they fall adjacent to weekends.

The Sme daily reported that the minister also agreed not to change the rules that currently require employers to provide food vouchers to employees and had scrapped the idea of permitting the possibility for notices to be transmitted electronically.

RÚZ stated that it particularly disagrees with the ministry’s ideas on the notice period, arguing that the recently proposed changes to the payroll tax system would require payroll levies to also be paid on severance pay and that this approach will significantly increase layoff-related costs by as much as 35.2 percent, which according to RÚZ would result in less incentive to hire new employees.

At the same time RÚZ stated its opinion that the proposed changes to the Labour Code under discussion do not justify the protest actions that have been organised by the unions.

“The current dialogue over the Labour Code does not have any victors but unambiguously has its losers: the unemployed in Slovakia,” said Jozef Špirko, the vice-president of RÚZ.

AZZZ added that employers have thus far failed in their attempt to remove the requirement that employers request approval from the district labour and social affairs office when they plan to layoff a physically-impaired person.

Miroslav Gazdík, the president of Slovakia’s Confederation of Trade Unions (KOZ), said the unionists are planning another series of protests to be held on May 1 as well as on the opening day of the Ice Hockey World Championship, Sme reported.