AFTER a decrease in premiums in 2009 the Slovak insurance sector reported slight growth last year. Insurance companies hope that a growing economy will bring them new business – and that the extensive floods that hit Slovakia in 2010 will prompt more property owners to insure their assets against adverse impacts from severe weather and other risks. 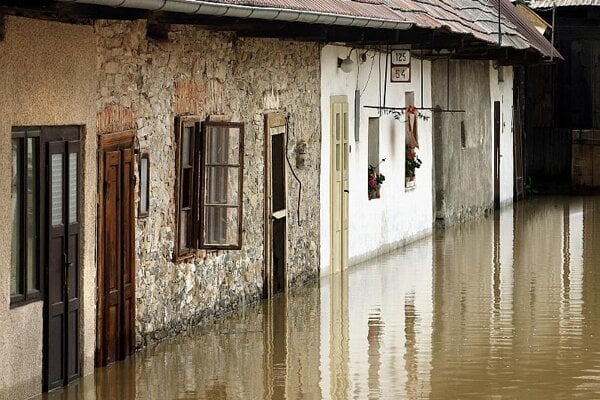 Flooding in Slovakia was one of the main challenges for insurers last year. (Source: SME)
Font size:A-|A+0

AFTER a decrease in premiums in 2009 the Slovak insurance sector reported slight growth last year. Insurance companies hope that a growing economy will bring them new business – and that the extensive floods that hit Slovakia in 2010 will prompt more property owners to insure their assets against adverse impacts from severe weather and other risks.

Based on preliminary results, commercial insurance grew last year, with a rise in premiums written of roughly 2 percentage points to €2.066 billion, according to the Slovak Insurance Association (SLASPO).

“The development of the insurance market in Slovakia in 2010 was within SLASPO’s expectations,” Jozefína Žáková, the association’s director general, told The Slovak Spectator. “The Slovak insurance market showed a general tendency to stop contracting and even a mild revival. Based on unaudited results, compared with the 4-percentage year-on-year decline in premiums written in 2009, the sector reached 2-percent growth in 2010. However, it is necessary to say here that the basis for comparison is the low level from 2009.”

According to SLASPO, premiums written in life insurance grew by 6 percent while non-life insurance reported a drop of 2.6 percent.

Other segments of car insurance reported an aggregate annual decline of 6 percent.

Žáková pointed to the upward trend in life insurance, with new business in this segment growing by 9.7 percent. The share of life insurance premiums written increased from 52.36 percent to 54.50 percent of aggregate written premiums.

In the segment of non-life insurance Žáková detects as behind the fall, the now fading economic and financial crisis, whose actual as well as psychological consequences for non-life insurance, especially in the business sector, persisted longer than in the case of life insurance. In the case of car accident insurance, the situation was affected by relatively low prices for new vehicles and the predominance in terms of sales of used cars over new vehicles. These factors depressed prices and forced car owners to consider whether to seek car accident insurance, according to Žáková.

Allianz-Slovenská Poisťovňa, the biggest insurance company in Slovakia, reported an annual 1.3-percent drop in premiums to €520.79 million in 2010, according to the SITA newswire.

“Our results for last year were affected by floods and heavy rains,” company spokesperson Lucia Muthová told The Slovak Spectator. “In 2010 we paid out about €36 million to clients hit by adverse weather, and the number of claims exceeded 50,000.”

“This is also linked to the floods, which have caused Slovakia the biggest damage of the last 20 years in terms of the extent of insurance payments,” Vladimír Bezděk, director general of Generali Slovensko, told The Slovak Spectator. “Generali Slovensko paid out damages exceeding €7.52 million.”

On the other hand, last year’s floods and the damage they caused led more people to seek insurance.

“Based on a marketing survey conducted among clients of our insurance company, news about floods and damaged houses led many people to realise the need to insure their assets or review existing policies,” said Bezděk. “The statistics reflect this trend. In 2010, 56 percent of clients of Generali Slovensko added more coverage to existing insurance policies covering real estate household contents. In the segment of insurance of property – i.e. real estate and household – Generali Slovensko reported a 28 percent annual increase in new business.”

Based on continuing economic growth and the expected further revival of key industrial segments, SLASPO is hoping the insurance market will continue growing. Žáková sees prospects for growth in property insurance as well as life insurance.

“Last year’s natural disasters, which caused estimated damage exceeding €500 million, should be a warning for all owners of real estate,” said Žáková. “Disasters also hit regions where such events have never been expected and thus nowadays nobody can be sure.”

According to Žáková, the experience of many people who suffered damage is that compensation from sources other than insurance companies, if they even get them, is too little to replace damaged or destroyed assets. Thus she sees insurance as one of the few effective solutions. She advises that it is important not only to insure real estate, but also to re-assess whether the insured sum covered by existing policies is in line with current price levels, and whether all risks are covered. If not, the policies need updating, she suggested.

Insurance companies see space for further growth in life as well as non-life insurance in Slovakia.

“Insurance has growth prospects in the Slovak market,” said Bezděk of Generali Slovensko. “This is proven by indicators such as the volume of premiums versus GDP, which in Slovakia is several times lower than in western EU countries. Thus growth is possible in spite of the economic decline.”

Generali Slovensko expects that the negative development of the last few years will continue this year in car insurance. On the other hand, interest is rising in property insurance. Bezděk also expects higher interest to result in lower prices. In life insurance he expects a moderate acceleration in spite of the economic decline, whose effects are now fading.

Insurance companies are waiting to see what effect new EU legislation will have on their operations. Allianz-Slovenská Poisťovňa as well as Generali Slovensko, even though they well-placed as the biggest firms on the local market, point out that implementation of the new European regulatory framework known as Solvency II will be demanding in terms of capacity and IT technologies.

“Already the EU market is reporting a lack of experts, especially actuaries and acturial risk managers,” said Bezděk, adding that the impact on clients might be double-edged since the changes could mean that long-term products containing options and guarantees become more expensive, while at the same time the probability of insurance companies getting into financial difficulties and thus endangering customers is reduced.

“For the insurance market this may mean a wave of mergers and acquisitions and capital requirements which cause some insurance companies to be transformed into branch operations.”

In the view of Allianz-Slovenská Poisťovňa the new regulation is a big intervention in the functioning of the insurance market and might have a negative short-term impact on the whole sector, according to Muthová.

Insurance companies also describe as ‘unfortunate’ a ruling by the European Court of Justice that means insurers will be not able to charge different premiums for men and women. The change may come into effect in December 2012.

SLASPO voiced deep concern over the ruling in a press release on the issue. It pointed out that gender is a legitimate factor when setting premiums and insurance payments. SLASPO will contribute to an analysis of the effects of the ruling on clients and insurance companies which the CEA European insurance and reinsurance federation is to prepare.

“The creation of prices in insurance is based on the fair setting of risk. ... Excluding one of the basic risk factors goes against the very basis of the insurance business and insurance coverage of the client,” the association wrote.