THE Staré Mesto (Old Town) district of Bratislava granted general pardons to 35 dog owners who registered their pets only in February even though the original deadline was January 31. 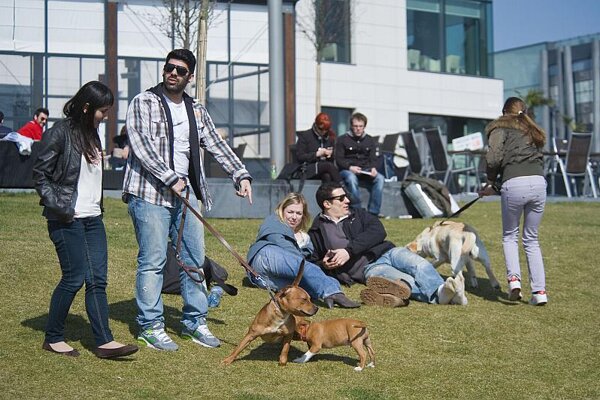 THE Staré Mesto (Old Town) district of Bratislava granted general pardons to 35 dog owners who registered their pets only in February even though the original deadline was January 31.

“Those residents who used the general amnesty and registered their dog after the deadline avoided a fine from the district office,” Staré Mesto mayor Táňa Rosová told the SITA newswire. All dog-owners with permanent residence in Bratislava must register their pets and pay a certain annual amount that varies according to district and other factors: fees are lower for pensioners and house owners, as well as for dogs used to guard company premises. Dogs that assist disabled people can be registered for free.

After registration, each owner receives a metal tag which proves that the fees have been paid and also records the dog’s identity. City police are authorised to check whether owners have paid the fee and if an owner fails to produce a tag, a fine of €165 can be imposed.

The general pardon period was also used by 12 people who exchanged damaged or lost tags for valid ones without charge. Staré Mesto also supported people who had adopted a dog from a shelter by providing free registration for a year when they presented a document from a shelter proving the origin of their dog. Only 15 dogs were adopted from shelters in all of 2010 but 13 dogs from shelters were registered in January and February this year.

By the end of February, Staré Mesto had collected registration fees of €39,494 from dog owners, 11 percent more than last year. 2,073 dogs were tagged, compared to 1,928 legally registered pooches in 2010.