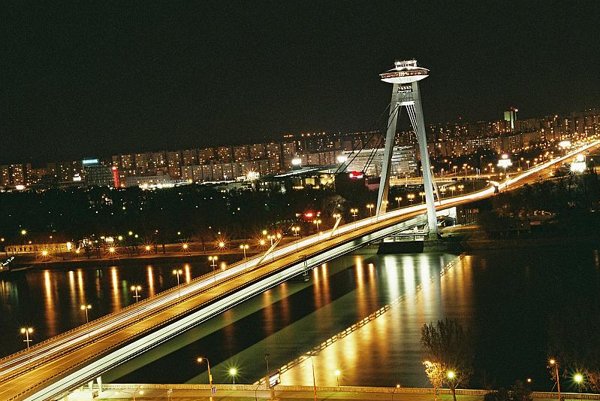 Looming over the whole of the old town from a lofty plateau is Bratislava‘s magnificent castle, the first mention of which dates from 907, but which has been completely rebuilt on at least three occasions in Gothic, Renaissance and Baroque styles. Previously, it served as a lavish royal seat under Maria Theresa. Later, after her death, it became a military barracks. One of its inebriated garrisoned residents is blamed for the fire that ravaged it in 1811, and then indifference took hold for more than 100 years before the communist government rescued it from neglect, eventually turning it into a city museum. The terraces around the castle are freely accessible and offer beautiful views over the city.

A short walk through Bratislava‘s wealthiest suburb, which is spread across the hills behind the castle, brings you to the Slavín war memorial, and one of the best vantage points in the city. The memorial was unveiled in 1960 to commemorate the liberation of the city in 1945, with formal graves for almost 7,000 Soviet soldiers who lost their lives in the struggle for the city. Looking south from Slavín, or the castle, the army of concrete blocks you will see across the river, marching apparently to the horizon, is Petržalka.

This gate was previously the largest entrance to the old town. It is now the only gate remaining from the medieval fortifications and was completely reconstructed with an onion-type Baroque top. It now houses a museum of weaponry, but its most appealing exhibit is the view across the whole of the old town from its tower.

The New Bridge, with its asymmetric cable-stayed construction and still-futuristic appearance is perhaps the most recognisable structure in the city, if not Slovakia. The round café-restaurant at the top of the main columns - inevitably known as UFO - is a trendy hang-out with great views direct from the restaurant or from the roof. The entrance fee is 6.50 € for adults, or free for diners at the bridge-top restaurant.
(www.u-f-o.sk, +421 (0)2 6252-0300)