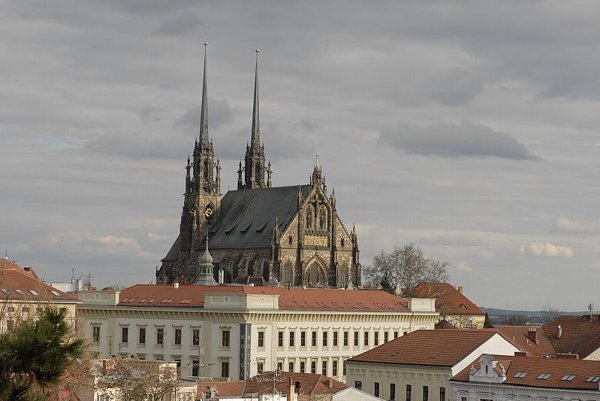 City, castle: www.brno.cz
Driving from Bratislava: Via D2; 129km / 1 h 18 mins
Public transport: www.cp.sk
Train: 1 h 24 mins;
Bus: 1 h 30 mins
Brno is the second largest city in the Czech Republic and the traditional capital city of Moravia, also known as a wine-producing region. The most important main sights of Brno are the royal castle Špilberk, the cathedral of Saints Peter and Paul and the Old Town Hall. Another important monument is the functionalist Tugendhat Villa designed by architect Ludwig Mies van der Rohe which is a UNESCO World Heritage Site. However, the villa is undergoing extensive reconstruction and will not reopen until January 2012.

Roman settlement: carnuntum.co.at
Driving from Bratislava: Via 61 and B9; 24 km / 28 mins
You don’t need to travel far to see ancient Roman history. The Carnuntum Archaeological Park in Bad Deutsch-Altenburg offers a fabulous journey back to Roman times in its Open Air Museum Petronell. Special attractions include numerous reconstructed Roman buildings. About 700 metres from the museum visitors can see one of two ancient amphitheatres. Visitors can also easily reach large public baths situated about 500 metres from the museum.

City, castle: http://eng.nitra.sk
Driving from Bratislava: Via D1 and R1 95km / 1h 3 mins
Public transport: www.cp.sk
Bus: 60-100 mins
Nitra, one of the oldest cities in Slovakia, is a perfect day-trip destination: it‘s not a big city but it offers many different types of activities. In a single day, you can visit the historic city castle with its cathedral, a surrounding ‘upper town‘ with its churches, seminaries and cobblestone streets and then enjoy the more modern lower town with its shops, bars and cafés. As well there are quick but rewarding hikes in nature and fabulous local wines. Nitra often compares itself to Rome because of the seven hills that surround the city.

City, mansions: www.vienna.info
Driving from Bratislava: Via D4, A6 and A4 79 km / 57 mins
Public transport: www.cp.sk
Train: 59 mins
The capital of Austria is a great destination for one-day trips for visitors interested in history, music and arts or up-scale shopping. The historic city centre with St.Stephen‘s Cathedral, the Hofburg complex, and the Schönbrunn and Belvedere palaces is a UNESCO World Heritage Site. Vienna is also home to many museums, galleries and opera houses. Architecture lovers can view its phases of architectural development with prominent examples of Gothic, Baroque and Art Nouveau styles. Those looking for an adrenaline buzz can go to Prater, an amusement park.