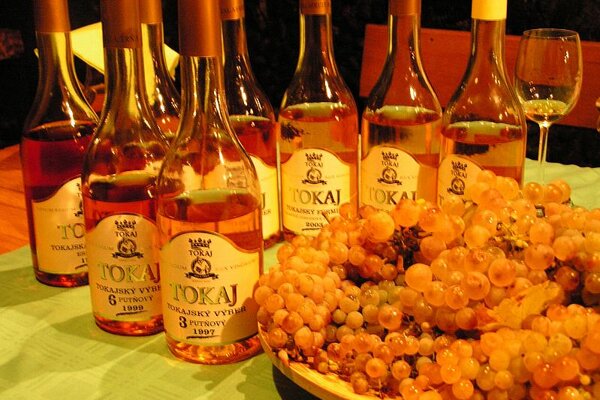 Wine: www.tokajregnum.sk; www.tokaj-turizmus.hu
Driving from Košice: Via routes 552, 79 and 37, 54-76 km / 66-92 mins
Public transport to Čerhov: www.cp.sk
Train: 58 mins; Bus: 1 h 11 mins
Organised trips available: www.visitkosice.eu (55 € / person)
The Tokaj region has a unique micro-climate and network of cellars that allows its vintners to produce a distinctive, sweet dessert wine. Only wine produced in this area – slightly more than 500 hectares in Slovakia; significantly more in Hungary – can officially be known as Tokaj, and the owners of property here defend their product like life itself. Part of the Hungarian vineyards and several long established settlements in the region are listed as a UNESCO world heritage site. Most of the small cellars are family owned, but a number of larger producers also have a stake here, and provide tours of their cellars as well as tastings. The tours burrow deep into the labyrinth of cellars, where the guide will stop at regular junctures to discuss the mechanics of the winemaking process, relate anecdotes of visitors lost underground, or describe vintners’ prayers to the saints of wine. Sárospatak, a former royal town with a late Renaissance castle, might be also worth visiting while in the region. It is located 70 kilometres northeast of Miskolc in Hungary.