Hockey takes over in Slovakia

SLOVAK flags filled the country in the days leading up to the start of the biggest international sporting event in the history of independent Slovakia, the 2011 Men’s Ice Hockey World Championship. As The Slovak Spectator went to print (on April 28), Slovakia was counting down the hours until the tournament’s first face-offs. 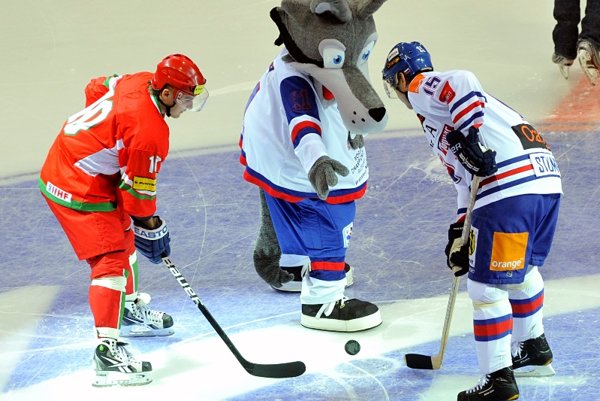 SLOVAK flags filled the country in the days leading up to the start of the biggest international sporting event in the history of independent Slovakia, the 2011 Men’s Ice Hockey World Championship. As The Slovak Spectator went to print (on April 28), Slovakia was counting down the hours until the tournament’s first face-offs.

Despite initial hesitation and controversies about the costs of reconstructing Bratislava’s ice hockey stadium and criticism of the country’s level of preparedness for such a big event, euphoria has gradually risen among Slovaks. Apart from some of the world’s leading hockey stars, who will appear on the ice in Bratislava and Košice, Slovakia was also expecting several prominent guests and thousands of regular hockey fans to fill the streets of its two biggest cities.

Politicians take to the stadiums too

German Chancellor Angela Merkel, whom Slovak Prime Minister Iveta Radičová invited to see the match between Slovakia and Germany on May 1, will not make it to Bratislava. But Prince Albert of Monaco is expected to visit Slovakia during the championship, as is Finland’s President Tarja Halonen, the Sme daily reported.

The ice hockey matches will thus become a partly diplomatic event. Speaker of Parliament Richard Sulík said he wanted to use the occasion to meet his counterparts from Slovenia and Russia, and possibly also the Czech Republic.

The first match involving the Slovak national team on April 29, against Slovenia, was due to be attended Slovakia’s three highest constitutional representatives: Radičová, Sulík and President Ivan Gašparovič. Radičová and Gašparovič were reported to be planning to attend all Slovakia’s other matches.

The streets of Bratislava will be patrolled by between 700 and 1,000 police officers every day during the championship, which ends on May 15. The number will depend on the assessed risk related to the matches being played each day.

According to Csaba Farago of the Bratislava Regional Police Directorate, there will be about 670 regular policemen, 130 traffic police, 60 railway policemen, 130 special operations officers, 16 explosives specialists, and others.

“Locations where the greatest concentration of foreign visitors is expected will be covered by policemen who speak at least one foreign language,” Farago said, as quoted by the TASR newswire.

A total of 550 volunteers clad in yellow jackets and wearing caps of the same colour will help with press accreditation, accommodation, manning help-desks, and handling logistics during the championship, TASR reported on Tuesday, April 26.

The volunteers, mostly students and OAPs, will also provide assistance at airports as well as at stadiums in Bratislava and Košice. They will inform hockey fans about, for example, items that can or cannot be brought into hockey arenas.

“Many high-quality people have applied, and they are all well-versed in terms of foreign languages,” said the volunteers’ manager Zuzana Janošová. The average age of the volunteers, who aside from Slovakia come from countries such as Canada, Poland, Hungary and the Czech Republic, is 25. Women account for one third of the volunteers.