THE TRADE fair and exhibition sector now recalls 2008 with some nostalgia as a record year. But while business has since dipped, shows and exhibitions remain a traditional marketing instrument for establishing and developing contacts between companies and potential clients. Slovakia is no exception, though local conveners of fairs and trade shows are reporting that exhibitors as well as visitors are now focusing more on costs and on what they can get from attending a fair. 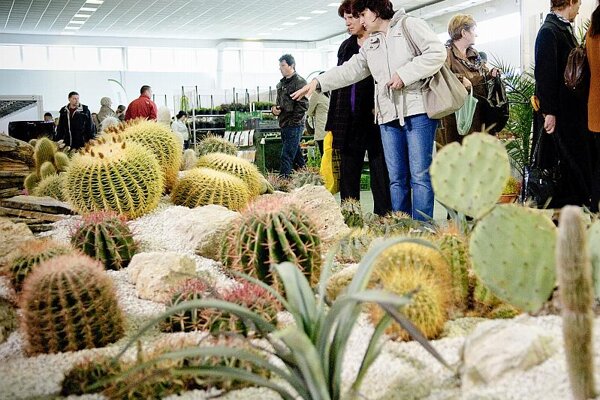 THE TRADE fair and exhibition sector now recalls 2008 with some nostalgia as a record year. But while business has since dipped, shows and exhibitions remain a traditional marketing instrument for establishing and developing contacts between companies and potential clients. Slovakia is no exception, though local conveners of fairs and trade shows are reporting that exhibitors as well as visitors are now focusing more on costs and on what they can get from attending a fair.

2008 was a successful year for companies that organise trade shows: they reported sound numbers of exhibitors as well as visitors, the Trend economic weekly wrote in December 2010. But in the first half of 2009 the global economic crisis hit, and the sector reported a drastic fall in business in Slovakia and around the globe. Some fairs or exhibitions were even cancelled or had their regularity reduced. Hopes that 2010 would bring a revival were vindicated, but only late in the year. Trend reported that, especially in the case of fairs designed for the general public, entertainment has become an important element and that visitors arrive at shows to enjoy the atmosphere and not only to see products and services presented or to collect information, as they take the latter for granted.

“Also for us, just as for most fair and exhibition companies, 2008 was the most successful year,” Alexander Rozin Jr from Incheba Expo Bratislava told the Trend weekly. “Even though it was expected that the sector would revive along with the economy in 2010, we registered an increase compared to the previous year only in the third quarter; and we did not get close to the positive figures from 2008.”

According to Rozin Jr, the B2B (business-to-business) fairs and exhibitions sector was particularly badly affected, while the B2C (business-to-consumer) sector, which is more oriented towards end-customers, fared better.

This was also the experience of Viliam Hrudál, director of the exhibitions department at HCDT ZSVTS, the main organiser of fairs and exhibitions in Košice.

“All our exhibitions [in eastern Slovakia] have registered an increase in the number of exhibitors in spite of the economic situation,” Hrudál told The Slovak Spectator. “But in the case of specialised exhibitions the number of visitors decreased. Visitors are choosing which exhibition they will visit.”

Hrudál specified that the complicated situation in North Africa has affected the organisation of tourism fairs. On the other hand, the number of visitors to ‘hobby’ exhibitions has increased.

“‘Hobby’ fairs and exhibitions focusing, for example, on gardening, hunting, fishing and so on are still popular,” said Hrudál, adding that during the last few years his company has registered increasing interest from exhibitors abroad. “The personal contact of the buyer with the seller is irreplaceable. A lot of people in our region still don’t use the internet or don’t trust internet sales and prefer to purchase goods directly.”

According to Marek Baluška, marketing manager at Agrokomplex-Výstavníctvo Nitra, current trends include shortening of fairs and exhibitions as well as their opening hours, maximum rationalisation during planning, simpler and lighter construction materials, active preparation from the side of exhibitors, and usage of all means of communications both before and during a fair. He thinks that these trends do not differ from those abroad.

“The role of exhibitions and fairs in Slovakia depends on their concept,” Baluška told The Slovak Spectator. “In the case of events focusing on the end-user, for example our furniture fair, the main goal of most exhibitors is to support sales, and orders are closed during the fair. The decision-making process is quite simple here – a normal visitor looks for furniture and at a fair he compares and orders.”

In the case of B2B events there are more goals, explained Baluška, adding that such an event is the traditional international engineering fair held in Nitra. This kind of event provides the opportunity to get new information about possible solutions to problems, or to hear about or view new trends. The decision-making process for purchase of products or technologies is more complicated and usually there are also more people involved in such a process. A decision to buy may be reached as late as several months after the fair, according to Baluška.

In Nitra they have not registered any fundamental changes in requirements from exhibitors.

“They have to trust the organisers to attract an adequate target group of clients,” said Baluška, who added that pre-event administration is now largely conducted by electronic means. “Clients are very deliberately choosing only those fairs and exhibitions that are high quality from the point of view of infrastructure, services and visit rate.”

The economic crisis has meant that exhibitors are selecting the events they attend more carefully according to quality, said Baluška. They compare events and choose only the best ones. Some companies are judging whether it is effective for them to participate at an exhibition each year or whether it is enough to take part every second year.

“The internet helps exhibiting companies to sell, saves costs as it is not necessary to print so many materials – it is enough for the client to show the price list on a notebook [computer],” said Baluška. “The internet, social networks, or virtual exhibitions extend possibilities for communication with target groups before the fair, during it, as well as after it. Thus the communication media are important, as tools to get reaction and feedback from existing as well as potential clients. Blogs enable specialised discussions of certain topics.”

Agrokomplex expects that the number of exhibitors and visitors will remain stable during 2011. So far this year it has organised a national pigeon exhibition, its furniture fair, the Agrosalon agriculture machinery fair and exhibitions covering gardening, bonsai and products made by secondary school and construction students.

“This was the most demanding spring season in our history,” said Baluška, adding that all the events were very successful. “Along with this we managed to create a large congress hall in the K pavilion and two smaller conference rooms through which we intend to improve conditions for exhibitors and visitors. We are now preparing for the international engineering fair in late May and then Agrokomplex and the Autosalon Nitra car show… At the end of 2011 we expect to report 3,000 exhibitors and 400,000 visitors.”

In Košice, HCDT ZSVTS believes that everything depends on the economic situation in Slovakia.

“We want to try to renew the tradition of food fairs and to launch a new fair of a type so far missing in our region – with a focus on IT,” said Hrudál.