EVEN the best reproduction cannot replace the emotional experience of viewing an original masterpiece of art. That is why people keep visiting art galleries rather than admiring works of art only in books or on the internet. Now, Bratislavans have a rare opportunity to see a significant work of art from the late Italian Renaissance at the Bratislava City Gallery (GMB): Portrait of a Man by Paolo Veronese. 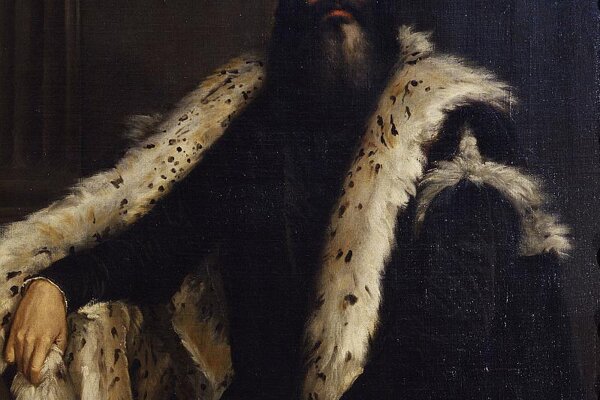 EVEN the best reproduction cannot replace the emotional experience of viewing an original masterpiece of art. That is why people keep visiting art galleries rather than admiring works of art only in books or on the internet. Now, Bratislavans have a rare opportunity to see a significant work of art from the late Italian Renaissance at the Bratislava City Gallery (GMB): Portrait of a Man by Paolo Veronese.

On the occasion of the 150th anniversary of the unification of Italy and the 50th anniversary of the GMB, the Palatine Gallery of Florence loaned this masterpiece to the GMB. The exhibition is another success flowing from the fruitful cooperation between the Italian Cultural Institute in Bratislava and the gallery.

“I’m very glad that curator Anna Bisceglia has brought us this astonishing painting,” said Ivan Jančár, GMB’s director, at the ceremonial opening of the exhibition on April 15. “This masterpiece is one of the top works the Palatine Gallery has in its collections.”

The masterpiece is by Paolo Cagliari (Caliari), an Italian Renaissance artist who later became known as ‘Paolo Veronese’ after his birthplace in Verona. The painting dates back to 1560-1565, the period when Italian Mannerism art, which evolved during the later years of the Italian High Renaissance, was in its full bloom. This was toward the end of the Renaissance and the beginning of the naturalism movement of the 17th century. Veronese, along with Titian and Tintoretto, is one of the pre-eminent painters of the Venetian Renaissance.

The identity of the man in the painting has never been absolutely confirmed even though many art critics have identified him as Daniele Barbaro, a Venetian aristocrat.

“Even though many doubt this identity, we believe and are convinced even today that the painting depicts this extraordinary personality,” said Bisceglia, describing Veronese’s exceptional technical abilities demonstrated by the painting. “When looking at the painting, you see that the artwork is created from just three colours: white, black and flesh colour. Veronese’s use of light is also very important. It comes from the back and in this way it creates a monumental architectonic structure for the work, from which the portrait of the man emerges.”

The portrait is painted in such a way that the man’s gaze follows the viewer when looking at the painting from either side. As Bisceglia explained to The Slovak Spectator, this is something that people can experience when seeing a great painting, one in which the artist knows how to create this perspective and in which the subject of the portrait is brought to life.

The painting was purchased by Leopoldo de’ Medici, an Italian cardinal, scholar and patron of the arts, about one hundred years after Veronese painted it. Bisceglia explained that de’ Medici commissioned a beautiful and richly decorated frame for the painting between 1650 and 1660. For this occasion the Italian gallery loaned the painting in its historical frame, something that is usually not done for security reasons.

This is not the first time GMB has shown just a single piece of Italian art in an exhibit. Three years ago, it exhibited a treasured panting by Tintoretto, Christ and the Woman Taken in Adultery. Jančár believes that such solo exhibitions are significant.

“This is of great importance because such exclusive works come to Slovakia only once in decades,” Jančár told The Slovak Spectator. “One excellent painting alone can be better than a good exhibition. This painting may give visitors an impetus to get to know more about Veronese or the Renaissance. It is an astonishing emotional experience to see this painting. It was so even for me, though I have visited many art galleries around the world.”

According to Jančár, the insurance of the painting also proves its rareness.

"The painting is insured for the sum of €15 million, which is the 30-year budget of our gallery," said Jančár as quoted by TASR. "This is the highest insurance for a piece of art ever brought to Slovakia."


“In October we will bring another great painting, this one by Italian artist Bassano,” Jančár said.

What: Paolo Veronese: Portrait of a Man


Tickets: €3.50 (for all the exhibitions in Mirbach Palace)