Sweet product of the East

THIS precious postcard, dating back to before World War I, depicts the bee-house of beekeeper Lajos Retzman. 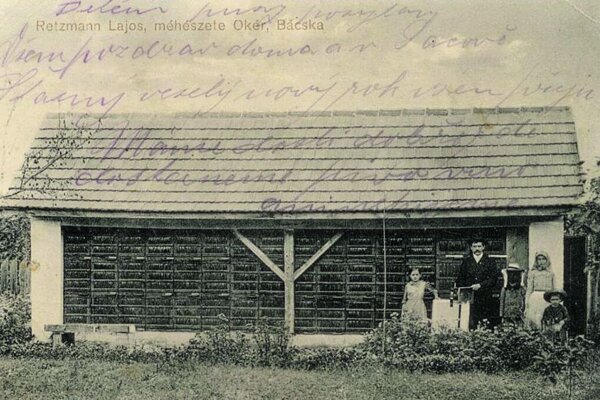 THIS precious postcard, dating back to before World War I, depicts the bee-house of beekeeper Lajos Retzman.

He kept bees in the village of Bačka in the Zemplín region and was photographed standing by his bee-house with his family.

In Slovakia, beekeeping was frequent near mining towns, as well as in eastern regions.

The beekeeping tradition goes back to the Middle Ages: as early as in the 10th to 11th centuries, extensive production of honey has been confirmed on the territories inhabited by Slavs. In the medieval royal and ducal courts there were servants whose duty was to supply their lords with honey.

In the 12th century, trade in honey began and it is interesting that it was mostly exported from the eastern part of Europe to western Europe. Until the 19th century, honey was the only sweetener available and only members of the upper classes could afford to include it in their diet.