Minister sounds alarm over state of the army

SLOVAKIA marked seven years of NATO membership this spring in an atmosphere that was characterised more by desperation than joy for the country’s armed forces. The defence budget has been cut year after year since 2004, to the alarm of Slovakia’s soldiers and its allies. Now some, most notably Slovakia’s defence minister, are warning that a crisis is approaching and severe cost-cutting measures – including reduced participation in foreign missions – may be necessary. 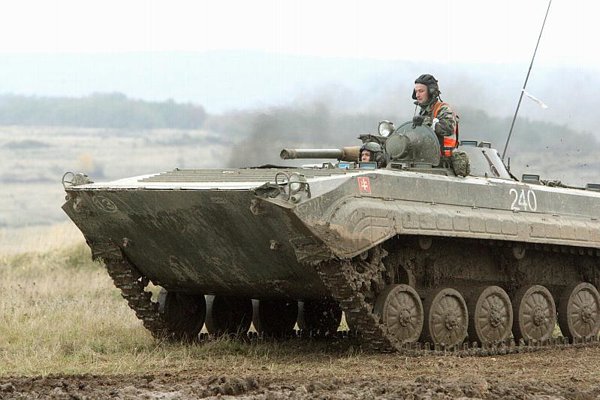 SLOVAKIA marked seven years of NATO membership this spring in an atmosphere that was characterised more by desperation than joy for the country’s armed forces. The defence budget has been cut year after year since 2004, to the alarm of Slovakia’s soldiers and its allies. Now some, most notably Slovakia’s defence minister, are warning that a crisis is approaching and severe cost-cutting measures – including reduced participation in foreign missions – may be necessary.

Given the long-term decline in funding and the declining usability of much of its military hardware, the Defence Ministry launched a Strategic Defence Review (SHO) in the autumn of 2010 in order to get a clear picture of the state of the armed forces and work out how to adjust them to meet current security threats as well as the financial capacities of the state.

“This process tries to identify possible threats, options and capabilities, and find a balance between restricted fiscal capacities and an effective, functioning, well-equipped Slovak Armed Forces,” Samuel Arbe, the executive director of the Centre for European and North-Atlantic Relations (CENAA), a non-governmental think tank which has been following the process of strategic evaluation, told The Slovak Spectator.

The SHO is expected to be finalised in the summer of 2011 and presented in the form of a Defence White Book, but some information has been already made available.

According to the Basic Findings of the Analytical Phase of the SHO, which is the first major output and was made available in April 2011, the military technology used by the armed forces is outdated. Over 70 percent of the Slovak military’s ground-based technology is in practice too old to be used, and its helicopters and MiG-29 supersonic jets are fast approaching their ‘best before’ date. Another long-term problem is the armed forces’ consistent failure to attract highly-qualified personnel such as health-care specialists.

This year, 86 percent of the defence budget will go on obligatory expenses, i.e. salaries, payroll taxes, energy and other such outlays, Minister Ľubomír Galko told a press conference after presenting the findings of the analysis. Only 14 percent is available for all other development, including missions. Foreign operations absorb 4 to 5 percent of the budget.

“If we do not pass a major strategic decision next year, this balance will change to 90 to 10. And that is in fact liquidation,” Galko concluded bluntly.

The underfunding of the Slovak Armed Forces has led to deficits in several areas, mainly in terms of military infrastructure and modernisation, as well as personnel and morale, said Ivo Samson, an analyst with the Slovak Foreign Policy Association (SFPA), another non-governmental think tank, in an interview with The Slovak Spectator.

Shortly before the country’s accession to NATO in March 2004 the Slovak government made a ‘gentlemen’s agreement’ with NATO headquarters in which it pledged that the defence budget would not drop below 2 percent of GDP at any point in the future. But the Slovak Armed Forces leadership admits that there now is a huge difference between their planned financial resources and the budgetary reality, as the real contribution from the state budget has fallen from 1.87 percent of GDP in 2002 to an anticipated 1.08 percent in 2011.

That amount is not sufficient even to maintain the operational readiness of the armed forces, not to mention any investment or modernisation, Arbe said. Slovak governments have attempted to explain the falling percentage of GDP spent on defence by pointing to a rise in GDP overall, but that excuse is no longer valid, he added, since GDP is growing slowly while defence budget cuts remain enormous.

Slovakia’s ability to fulfil its obligations towards NATO were recently criticised by one of the alliance’s most senior representatives, Frank Boland, the Head of Force Planning Department of NATO Defence Policy and Planning Division, during a visit to Slovakia in February.

But foreign pressure does not seem to have much effect, Arbe noted, with Slovak governments continuing to ignore external requests and remaining blind to potential or actual threats to Slovakia’s territory. Those threats are not exclusively of a military nature, he said, pointing out that natural disasters may also cause civilian casualties, in which case the armed forces should be prepared to react.

“If the current trend is sustained, in a couple of years the Slovak army will perhaps be unable even to fight a [forest] fire similar to the recent one at Staré Hory, in late April 2011,” Arbe said.

However, Rastislav Káčer, the president of the Slovak Atlantic Commission, a non-governmental think tank, and former ambassador of Slovakia to the USA, insisted that, despite its failure to fulfil its declared obligations, Slovakia remains a full-fledged NATO member.

“And from the legal point of view it would remain so, even if we did not have any armed forces, like Iceland,” Káčer told The Slovak Spectator. Nevertheless, he noted that the actual weight of Slovakia’s voice in the alliance is relatively dependent on the country’s ability to stick to its own obligations and fulfil them.

“We cannot rest assured that we can go out for a beer with a cool bunch of friends and there will always be someone else to pay the bill,” Káčer commented.

One of the things that helps maintain a positive image for Slovakia among its allies despite the underfunding of the armed forces is its participation in foreign missions.

Slovakia usually contributes engineers, and there are units within the Slovak Armed Forces who are respected as experts in demining and infrastructure construction. Apart from these, Slovakia also contributes guard units and military police units.

At the moment Slovakia is participating in three major foreign operations: ISAF in Afghanistan (NATO), UNFICYP in Cyprus (UN) and ALTHEA in Bosnia and Herzegovina (EU). Apart from these, Slovak soldiers participate in various observer missions, the Defence Ministry told The Slovak Spectator. According to the ministry, at the beginning of May 2011 there were 561 Slovak soldiers serving abroad, of whom 313 were in Afghanistan, 198 in Cyprus and 45 in Bosnia and Herzegovina.

Samson highlighted the particular importance of Slovakia’s participation in the key NATO mission in Afghanistan.

“But due to limited financial resources the deployment of the Slovak contingent in Afghanistan is provided at the expense of modernisation and transparent defence planning, which makes Slovakia look like a consumer of collective defence rather than an active contributor in the eyes of NATO headquarters,” Samson told The Slovak Spectator.

Although they benefit Slovakia’s image, foreign missions are costly and Minister Galko has already warned that unless the defence budget is increased Slovakia will need to end its participation in some of them. He has said that the first soldiers to come home would probably be those currently serving in Cyprus, as the mission there is increasingly costly and in comparison with the other two has a low effect on the training and preparedness of soldiers into the future.

Samson said withdrawal from Cyprus should be looked on as a reaction to the insufficient support currently provided to Slovak troops taking part in NATO’s international operations.

“If Slovakia wants to maintain at least a minimum of its duties towards NATO, scrapping the UN-led Cyprus mission is good news,” Samson said.