ONE OF THE ruling coalition parties, the Christian Democratic Movement (KDH), is again trying to push through an initiative to cancel two amnesties issued in 1998 by Vladimír Mečiar, who was at the time both prime minister and acting president. Known as the Mečiar amnesties, through them the acting president granted an amnesty to the unidentified organisers of the kidnapping of the son of the then-president, Michal Kováč. The KDH submitted a proposed constitutional law to the filing room of parliament on April 29. 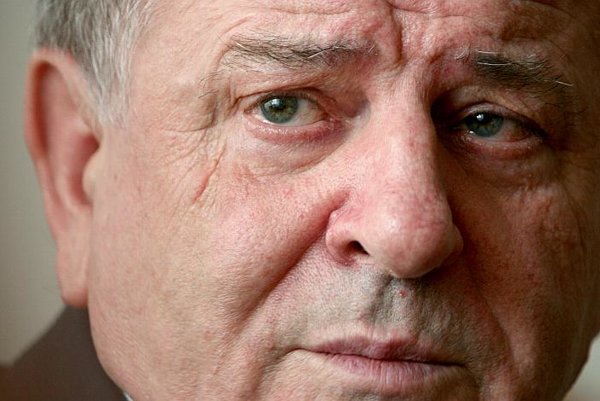 ONE OF THE ruling coalition parties, the Christian Democratic Movement (KDH), is again trying to push through an initiative to cancel two amnesties issued in 1998 by Vladimír Mečiar, who was at the time both prime minister and acting president. Known as the Mečiar amnesties, through them the acting president granted an amnesty to the unidentified organisers of the kidnapping of the son of the then-president, Michal Kováč. The KDH submitted a proposed constitutional law to the filing room of parliament on April 29.

Parliament to debate the amnesties without HZDS

The controversies of the Mečiar era, especially those of his third government in 1994-1998, have long been a preoccupation of the Christian Democrats and they have attempted to cancel his amnesties five times, on the first occasion in February 2000. But this latest attempt is the first to come before a parliament in which Mečiar’s party, the Movement for a Democratic Slovakia (HZDS), is not represented. Support for the HZDS fell below 5 percent in last year’s general election and the party therefore won no seats in parliament for the first time since its formation. The current government also took up the obligation to try and cancel the amnesties in its programme statement.

The draft law proposes the cancellation of two amnesties granted by Mečiar in 1998 that covered the act of abduction itself and other acts related to the kidnapping, Daniel Lipšic, the KDH’s vice-chair and current interior minister, told a press briefing gathered at a memorial cross in the Bratislava district of Karlova Ves that marks the spot were Róbert Remiáš was murdered in 1996. Remiáš was the key go-between with a leading witness in the case of the kidnapping of Michal Kováč Jr in 1995. Investigation of Remiáš’ death was also blocked by the amnesties.

“Even after such a long period it is necessary that justice is given a chance in an independent court,” Lipšic said, as quoted by the SITA newswire.

Mečiar granted the amnesties during his brief presidential incumbency to absolve the unidentified perpetrators of the abduction of former President Michal Kováč’s son to Austria in 1995. President Kováč was at the time engaged in a bitter political struggle with Mečiar; his son was, at the time, wanted for questioning in Germany regarding an alleged crime of which he was later cleared.

Lexa was also accused of involvement in the Remiáš murder. He was alleged to have done this to prevent witnesses testifying about Kováč Jr’s abduction to Austria in 1995.

To pass a constitutional law, however, requires a three-fifth majority of 90 votes of the 150 in parliament. Thus, some opposition MPs would need to join the ruling coalition’s 79 supporters for the law to pass.

The Slovak National Party (SNS), a coalition partner of HZDS in 1994-1998 and again under former prime minister Robert Fico in 2006-2010, might support the draft law. SNS leader Ján Slota has said he supports the cancellation of the Mečiar amnesties.

“Personally I voted against cancelling the amnesties in the past, because we were coalition partners,” Slota said, as quoted by SITA. “But I have never been convinced that it was all clean... And if nobody has a problem, then let things be investigated.”

Even if the SNS caucus were to vote in favour of the KDH draft law, however, it would still need to be supported from some MPs from the largest opposition party, Smer, in order to be passed. However, Fico, the party’s leader, has publicly opposed the cancellation of the amnesties, arguing that from a legal point of view they are irrevocable, even though they are immoral. He has repeatedly said that anyone who attempts to cancel the amnesties should return his or her diploma of law, the TASR newswire reported.