OUTSOURCING has been a familiar term in Slovakia for some time now. Companies operating here used it during the crisis to reduce costs and some saw it as key to their survival. However, a recent survey indicates that the experience might not been entirely satisfactory for all companies: some have decided to reverse the process and return to in-sourcing. But experts in the field see renewed interest in outsourcing from businesses in Slovakia and note that companies now approach their outsourcing decision-making in a more sophisticated way. 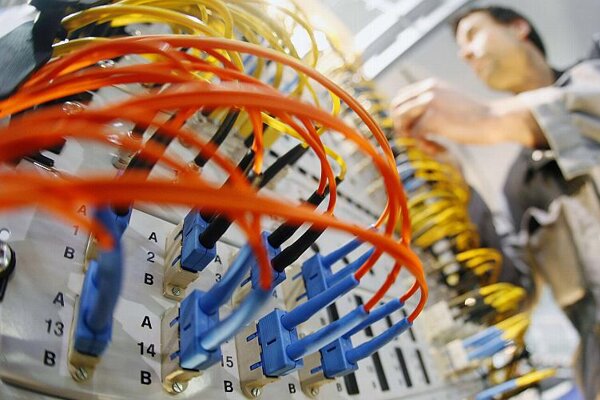 OUTSOURCING has been a familiar term in Slovakia for some time now. Companies operating here used it during the crisis to reduce costs and some saw it as key to their survival. However, a recent survey indicates that the experience might not been entirely satisfactory for all companies: some have decided to reverse the process and return to in-sourcing. But experts in the field see renewed interest in outsourcing from businesses in Slovakia and note that companies now approach their outsourcing decision-making in a more sophisticated way.

The Slovak CEO Survey 2011, in which consultancy firm PwC and Forbes magazine surveyed 406 top representatives of companies operating in Slovakia between January 18 and March 10 about their views on the Slovak business environment, found that 29 percent of the surveyed companies had outsourced certain business processes or functions over the past 12 months, while 10.5 percent of the companies had reversed course and began in-sourcing previously outsourced work.

Matúš Jurových, senior consultant at PwC in Slovakia, views the 10.5 percent movement to in-sourcing as quite high. He sees costs, quality of service, lack of abilities and funds to secure relations with the outsourcer and, last but not least, no further need for the outsourced services, as the primary reasons behind in-sourcing. He added that this relatively high figure may also indicate that some companies were not satisfied with the quality of services they received or the price they paid for the outsourced work.

“Nevertheless, I still see a trend to outsource business processes or functions in Slovakia and [see] that companies are interested in [doing so],” said Jurových, who based his view on the survey findings indicating that over 20 percent of the surveyed companies plan further outsourcing while only 6.65 percent plan in-sourcing during the next 12 months.

Peter Horovčák from Deloitte in Slovakia told The Slovak Spectator that outsourcing of research and development, cloud computing, and outsourcing of data centres as well as marketing, are among the current trends here.

Experts in the field agreed that outsourcing developments in Slovakia do not differ significantly from other countries and that, even if there is some delay here, the country’s businesses are generally following global trends.

“The trends in Slovakia mimic global trends and companies behave in very standardised ways,” said Jurových, adding that many of the Slovak companies that can benefit from outsourcing are daughter companies of large global firms for whom outsourcing is an established practice.

Horovčák agreed that there is some delay in Slovak trends, ascribing it generally to the scope and performance of Slovakia’s economy. But he believes another significant factor is a lower awareness about outsourcing among Slovak-based companies: about the benefits it can bring and when it is suitable to pursue outsourcing.

Horovčák added that in Slovakia outsourcing is perceived primarily as finding a cheaper alternative to internal supply of particular services, noting that while outsourcing of accounting, some IT services or legal services is common in Slovakia, newer opportunities in outsourcing have not been fully tapped.

He noted that there are several reasons for this but believes the most significant to be a lower level of competition between companies in some economic sectors in comparison to the USA and western Europe and therefore less pressure to increase the quality of services or reduce prices, the main benefits of outsourcing. Horovčák also pointed out that the relatively small Slovak market means there is less demand to draw in potential suppliers of certain business functions.

So even though a company may be interested in outsourcing some processes or functions, it may be unable to find a suitable external supplier.

Horovčák pointed out a paradox with regards to outsourcing: when considering outsourcing, companies are very concerned about data leaks and the potential loss of their know-how. But Horovčák said global statistics show that internal employees are more of a threat in terms of leaks and fraudulent behaviour than outside service providers.

Jurových believes that watching costs and reducing them when possible remain the strongest motivation for companies to outsource.

“Another factor that speaks to the benefit of outsourcing is the structure of costs,” said Jurových, adding that companies are sometimes better able to predict and manage costs from outsourced services.


Another factor that leads a company to outsource includes the opportunity to focus better on its core business while still having access to the required pool of specialists: a company does not need to have specialists on staff for functions outside its core business as this becomes the responsibility of the external supplier, Jurových said.

Horovčák said that outsourcing should not always be perceived as only finding a cheaper alternative for a particular service in comparison to internal sourcing because in some cases outsourcing may be the best solution in terms of the relationship between price and quality, even if it is not necessarily the cheapest.

“Especially during the crisis companies opted for outsourcing in order to save,” said Horovčák, who thinks the crisis forced companies to “get back to earth” and start thinking about their business processes in a more rational way.

“The trend in terms of the interest of companies in outsourcing is sinusoidal,” said Horovčák specifying that “Five to six years ago there was a boom in outsourcing when many companies were enthusiastically hoping for greater flexibility in their core business, [seeking] lower costs and getting rid of support processes. Then it went down a bit because the companies realised that the whole process of outsourcing is not easy and that it requires agreeing on a number of technical details, etc. The crisis has brought another way as companies wanted to focus on their core business.”

Horovčák sees an upward trend now, but said the approach of many companies is more sophisticated and well thought-out.

Shared service centres (SSCs) can be viewed as a kind of outsourcing, according to Jurových.

“This means that a company does not place an order with an external supplier for a certain service but creates an entity, for example at a regional level, which then provides this service,” Jurových said, adding that the service is provided on the basis of a so-called service level agreement between the shared service centre and the company ordering the service within the group of companies. He used as an example an insurance company with branches across Europe, which may create a SSC to provide financial and accounting services to all its branches. This could also be desirable when outsourcing to an external company may be unacceptable due to security risks, or when a company does not want to lose absolute control over a process or service – a potential problem in outsourcing.

Horovčák confirmed that there is a trend towards creating SSCs, adding that Slovakia is already home to such centres, which have been moved here from western Europe by companies such as Johnson Controls, Dell, IBM, Kraft Foods and Lenovo.

While companies do not generally outsource key processes and functions, Jurových thinks “it is possible to move some key processes into shared service centres, but this process is much more difficult and demanding than outsourcing of support services” and that this differs from company to company. Jurových regards the trend toward SSCs as having potential and expects that more will be developed in Slovakia.

Milan Gajdoš, manager of performance and technology at KPMG in Slovakia, stated that companies should not underestimate the importance of carefully preparing the contract’s contents.

“If left only to lawyers the contract might be perfect from the legal point of view but a catastrophe from the long-term operational point of view,” Gajdoš told The Slovak Spectator. “[A poor] contract is among the top reasons in Slovakia and central and eastern Europe for overall outsourcing failure.”