GOOD facility management is seen as a vital service that can make a significant contribution to a company’s performance. Its proper execution allows a company to focus better on its core business and improve its competitiveness without worrying about ancillary matters concerning its facilities. 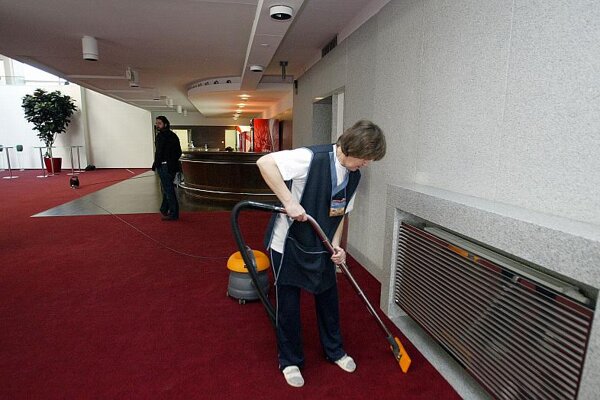 GOOD facility management is seen as a vital service that can make a significant contribution to a company’s performance. Its proper execution allows a company to focus better on its core business and improve its competitiveness without worrying about ancillary matters concerning its facilities.

Facility management is more rooted in the countries of western Europe than in Slovakia; even the Czech Republic made strides in this field much earlier than Slovakia. Nevertheless, Slovakia is now catching up with western trends.

International companies that provide facility management services keep arriving in Slovakia and bring along new trends and extend the scope of services available to property owners. This is why Slovakia can take good systems approaches from abroad and add aspects adapted to the Slovak market, Szabová said, noting that more and more companies are currently deciding to outsource their facility management functions so they can focus better on their core business.

Somorová added that managers of companies in Slovakia are realising the benefits that can come from implementation of professional facility management. She said that several years ago facility management was only used primarily for the in-sourced management of buildings; but that now, with the arrival of foreign firms, outsourcing of selected facility services is also beginning to be implemented in Slovakia.

Outsourcing of facility support services may bring companies benefits such as reduction and optimisation of costs, Somorová and Szabová said. These can include savings on salaries when a building owner does not need to employ specialised workers, only pays for actual work time and is not required to deal with matters such as holidays, sick leave and other benefits that are required for internal workers.

Another potential benefit, Somorová added, is better-quality management of support services as the external company providing outsourced services has a pool of qualified and knowledgeable workers and the outsourcing contract gives the client the opportunity to check the performed activities and evaluate them according to agreed-upon indicators.

Moreover, she said, it is possible for a company to save on investment costs as it does not need to use its capital for services that are outsourced, for example for IT equipment or car fleets, when the providers of these services bear that responsibility. The expert also noted that a company can better track the details of the services based on invoices and analyse the costs of individual activities.

Outsourcing can also bring better coverage for damages that a company suffers to its property. The liability of an internal employee is limited by law but the provider of facility management services is fully responsible for damages, Somorová said. She added that outsourcing of ancillary support activities can result in freeing property space which an owner could choose to rent.

But Somorová pointed out that a company needs to be aware that it takes some time until a provider of facility management services can fully perform its duties and that a contractual agreement is more complicated when it is supplemented by a service level agreement – which must be precisely formulated and agreed by the parties.

Somorová noted that her association often hears opinions in Slovakia that outsourcing of support services failed to bring the desired effects but believes the problem stems not from outsourcing itself but in less-than-adequate preparation by an organisation for implementation of outsourcing.

“The basic mistake of an organisation is an effort to outsource support activities as quickly as possible without proper preparation for outsourcing,” said Somorová. “[In these cases] the project fails to secure outsourcing that firmly establishes the quality of provided services and particularly their supervision.”

Definitions of terms and standards for facility management were developed by the European Committee for Standardisation in 2006. The Slovak Standards Institute established these as national standards and issued an identical text translation under the title STN EN 15221 Facility Management. The national standards have been in force since 2007.

“The standard in its second part precisely informs what such an agreement should contain, including measurement and supervision of the quality of provided services,” said Somorová. “It is a mistake when an organisation that wants to outsource these activities does not apply this standard.”

Somorová sees another problem in tenders in which the lowest offered price is accepted while the quality of the provided services is not fully considered.

Somorová explained that her faculty was encountering requests from providers of facility management services to ‘supply’ facility managers who had mastered all the required knowledge so that after taking a position and gaining practical experience they would be able to work as professional facility managers.

The Faculty of Civil Engineering was already teaching, in other master's degree study programmes, subjects closely related to facility management, so to offer a complete education in facility management it was only necessary to integrate these disciplines under ‘a single roof’ and that this is now happening in phases. Somorová said the first step was to provide students with the opportunity to gain thorough knowledge of facility management via post-graduate studies.

“The possibility to study facility management has been met with exceptional interest,” said Somorová, adding that 80 students have attended the programme. “Due to the high interest we are preparing workshops, within the post-graduate studies, as a continuation for graduates in which their problems in praxis can be solved.”