Nitra’s street of many names

THIS postcard from 1922 shows the oldest street through Nitra. Originally it led to the so-called Turkish Gate, one of the town’s medieval gates. 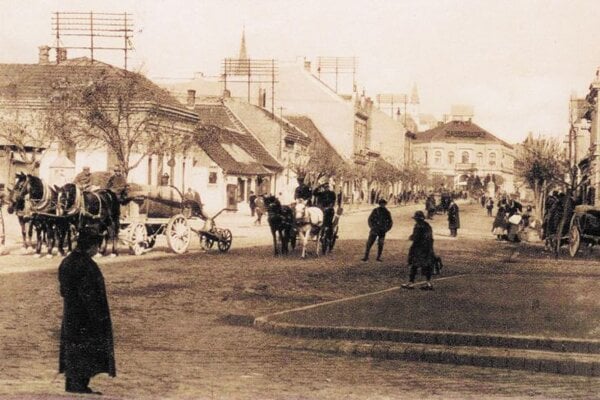 THIS postcard from 1922 shows the oldest street through Nitra. Originally it led to the so-called Turkish Gate, one of the town’s medieval gates.

Today, the buildings on the left side of the postcard no longer stand, having been replaced by the Prior department store, the Orbis House of Culture and the Všeobecná Úverová Banka (VÚB) building.

In the background, with its façade facing the street, is the Tatra Hotel, built in 1887 on the site of a former town pub.

The street in the postcard has had several names and all of them, in a way, reflected a certain era.

The oldest street name is simply Dlhá (Long) and obviously comes from a time when street nomenclature was not yet affected by politics. Vilmos Tóth, the head of the local government, and an interior minister for some time, gave his name to the street at the end of the 19th century.

The street then bore the name of President Masaryk during the First Czechoslovak Republic, was renamed for Lenin during communism, and is today assigned the name Štefánik in honour of one of the founders of Czechoslovakia.