SOME questionable procurement practices have led to the dismissal of National Highway Company (NDS) boss Alan Sitár. Transport Minister Ján Figeľ fired him on May 12 over what he called a dubious purchase of external services. 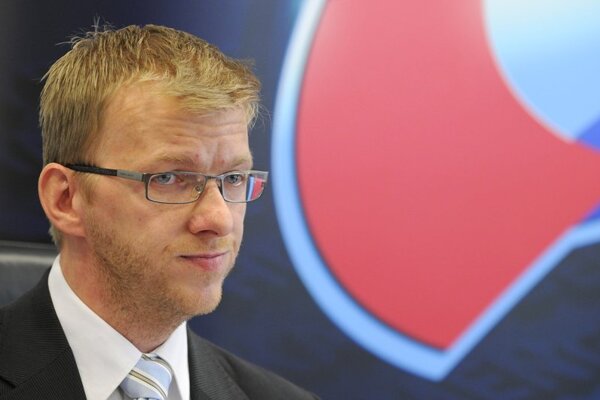 SOME questionable procurement practices have led to the dismissal of National Highway Company (NDS) boss Alan Sitár. Transport Minister Ján Figeľ fired him on May 12 over what he called a dubious purchase of external services.

Figeľ said, as quoted by the Sme daily, that he repeatedly checked complaints pertaining to some purchase of external services and “despite the fact that it was in line with the law, I did not consider it ethical”. The minister added that he had some serious reservations about some of the services procured.

The NDS had said earlier on May 12 that it was about to cancel some of the deals and orders, except those pertaining to the construction of highways which had been approved before the amendment to the law on public procurement became valid on April 1, 2011, Sme wrote.

Sitár specified that the cancelled orders related to coaching and education of employees of the NDS, media consultancy, as well as consultancy for the forthcoming merger between the NDS and the Slovak Road Administration.

On May 10, Figeľ confirmed that he had received an anonymous letter in which disaffected NDS staff pointed to what they claimed were overpriced purchases of training and consulting services for the state-run firm, the TASR newswire reported. Figeľ said he would seek an explanation from Sitár.

The anonymous whistle-blowing letters, which have also been sent to several media organisations including TASR, posed questions at the very least, Figeľ said, promising that more measures would be taken once it was clear that the information in them was correct.

“Please find enclosed copies of 17 orders from the [NDS] general director and his colleagues. They represent would-be work worth €309,203, which is an incredible Sk9.315 million,” read the letter. “You can peruse these orders on the NDS website. We’re highly disillusioned about this.”

Commenting on May 10 on a training course that allegedly took place at a five-star hotel, Figeľ said that the main responsibility to explain the expense lay with the NDS head and other top officials.

He added, however, that he was not familiar with the details or with a claim that the hotel concerned is co-owned by a former member of the NDS supervisory council.