THE FIRST four months of 2011 have been challenging for Slovakia’s health-care sector and, with Germany and Austria opening their labour markets on May 1, fears of an eventual mass exodus of Slovak physicians and other health-care professionals have now intensified. Nevertheless, the Ministry of Health says that it does not expect any such flight. 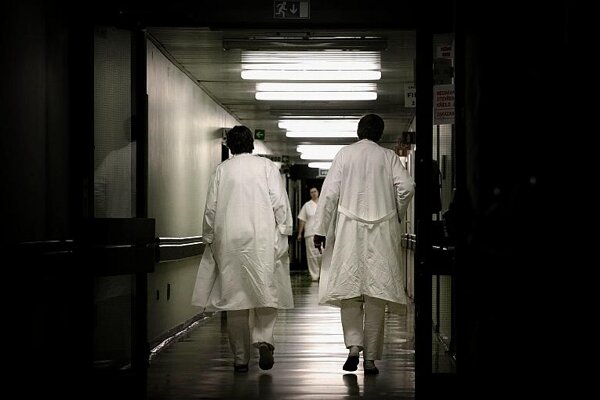 THE FIRST four months of 2011 have been challenging for Slovakia’s health-care sector and, with Germany and Austria opening their labour markets on May 1, fears of an eventual mass exodus of Slovak physicians and other health-care professionals have now intensified. Nevertheless, the Ministry of Health says that it does not expect any such flight.

Meanwhile, Slovak physicians are now warning that they may submit mass resignation notices to their employers to demonstrate their frustration over poor pay and low status, following the example of their Czech colleagues who used a similar tactic earlier this year.

The idea was initiated by the Medical Trade Unions Association (LOZ), which counts 2,000 members out of approximately 18,000 physicians across Slovakia.

While it is unclear how many physicians might submit such notices, Michal Polician, the chairman of LOZ, told the SITA newswire that he expects physicians who are not members of LOZ to join the protest. Its exact timing, however, is unclear.

“The Ministry of Health does not expect there to be mass submissions of notice,” Health Ministry spokesperson Katarína Zollerová told The Slovak Spectator.

Zollerová said the ministry found the threat of possible mass resignation surprising, noting that it has been engaged in intense dialogue with all stakeholders in the health-care sector and that during past meetings the trade unions had given no indication of a plan to submit notice en masse.

Polician said the unions are not bypassing further dialogue with the ministry but added that the threat of mass resignation could be ended only if the government meets the health-care unions’ demands.

These include observance of the restrictions on working hours in the Labour Code and a halt in the government’s current plans to transform stateowned hospitals into jointstock companies as well as a gradual increase in health-care workers’ salaries so that they reach between 1.5 and three times the average wage by 2013, depending on qualifications.

Anton Szalay, the chairman of the Trade Union of Medical and Social Services Employees (SOZZaSS), told The Slovak Spectator that his union will hold talks with Polician on May 19 to discuss the protest action. Szalay stated he considers the option of submitting notice en masse as a very last resort but added that his union will survey its members about their attitudes towards the tactic.

Szalay said that all the 10 organisations associated with his trade union support the demand that financing issues in health care are resolved. “We see the greatest shortcoming in the fact that the government’s budget has approved payments from the state for insurance policy holders at 4.32 percent [of the calculation base] as compared with the previously applied 4.78 percent,” Szalay said.

He stated that it is necessary for the government to find an additional €126 million for health-care institutions, saying this is the shortfall caused by the reduction in the state’s contribution on behalf of those individuals it insures.

The Ministry of Health said it considers it to be unethical and inappropriate for physicians to use patients as hostages during negotiations over resolving the vexing issues in the health-care sector.

“The physicians are late by at least four years when under the previous government no progress was made within the health-care ministry,” said Zollerová, adding that the current government had taken over a sector laden with debts exceeding €200 million.

The time for negotiations is over, said Milan Dragula, the president of the Slovak Chamber of Physicians, in evaluating the outcome of a May 10 meeting between representatives of medical organisations and trade unions with the Slovak parliament’s committee on health care.

The health-care representatives said they wanted to discuss methods to cover the debts of health-care institutions but were dissatisfied with the results of the meeting. Dragula said the next steps taken by health care workers should be more resolute.

“There are many issues involved and it also depends on the moods of the healthcare employees,” said Dragula.

Both physicians and nurses are demanding more funding from the state budget and they have proposed that the resources can be found from programmes for accident insurance and sick leave insurance, or from excise taxes on alcohol andtobacco. They are also proposing that beginning in 2012, monthly payments for health insurance should be set at the level of 5.5 percent, SITA reported.

Zollerová said the Health Ministry agrees with most of the demands by health-care employees, such as respect for the Labour Code, resolution of the debts of hospitals and higher salaries. But she noted that paying off the debts of the hospitals goes hand in hand with their transformation into joint-stock companies, which she said the trade unions keep rejecting for some reason.

“The bad management of the hospitals can be blamed on the fact that these work as budgetary organisations, lacking transparency and effectiveness,” Zollerová said, adding that hospitals that were transformed into staterun, joint-stock companies in 2006 are functioning with balanced budgets because they must maintain transparent accounting, publish their closing books and undergo audits