WHILE a card granting discounts on tickets to museums, galleries and other venues used especially by tourists is no longer a novelty in major cities, Bratislava has now taken it a step further by introducing a similar card, but this time to residents – and has included banking services on it too. This extra feature has made the Bratislavská mestská karta, as it is officially known, a popular product among locals, with almost 18,000 acquiring one since January. So far, four banks have joined the project and one, inspired by the success of pre-paid mobile cards, is even issuing cards to residents who are not existing customers. 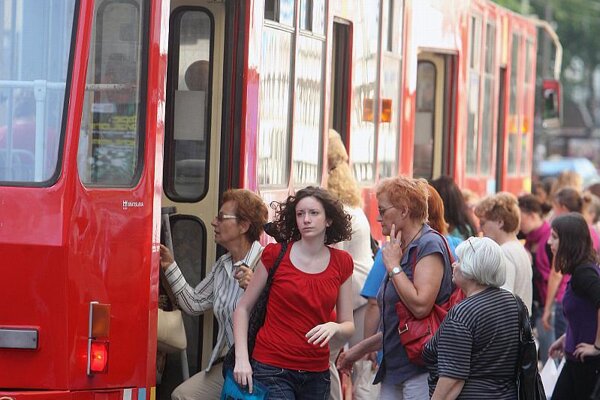 WHILE a card granting discounts on tickets to museums, galleries and other venues used especially by tourists is no longer a novelty in major cities, Bratislava has now taken it a step further by introducing a similar card, but this time to residents – and has included banking services on it too. This extra feature has made the Bratislavská mestská karta, as it is officially known, a popular product among locals, with almost 18,000 acquiring one since January. So far, four banks have joined the project and one, inspired by the success of pre-paid mobile cards, is even issuing cards to residents who are not existing customers.

“The Bratislavská mestská karta is a common project by the city and the banks which have joined the project,” Ľubomír Andrassy, the spokesperson of Bratislava Mayor Milan Ftáčnik, told The Slovak Spectator. The card was launched in mid January after two years of preparation.

The multifunctional card is issued to bank clients with permanent residence in Bratislava upon their request. Cardholders can enjoy, along with traditional banking services, other advantages and discounts.

Since its launch, four banks have joined the project: OTP Banka, Volksbank Slovensko, VÚB Banka and UniCredit Bank Slovakia. Poštová Banka and Slovenská Sporiteľňa are expected to join the scheme next, according to Andrassy.

Not all banks regard the city card project as sufficiently attractive, though. Tatra Banka, for example, is one of the bigger banks that has not joined and has no plans to do so in the near future.

“We decided not to join the Bratislavská mestská karta project for now because at the beginning the project was not unambiguously defined from our point of view, and we started working on other projects and preparing other new products for our clients,” Tatra Banka spokesperson Boris Gandel told The Slovak Spectator. “Of course, we don’t rule out the possibility that Tatra Banka might join the project later.”

He said Tatra Banka would monitor developments and is prepared to respond to demand from clients.

The card works as a traditional international debit card and includes PayPass contactless technology allowing payment of small amounts of up to €20 via a simple swipe of the card.

UniCredit Bank Slovakia is the only bank that issues the card to people who do not hold an account with it. It does so in the form of a pre-paid rechargeable card.

“Pre-paid cards caused a revolution in the telecoms sector some years ago,” Jozef Barta, director-general of UniCredit Bank Slovakia, who previously worked in the telecoms business, said in mid February. He believes that it was pre-paid cards’ freedom, simplicity and the facility to keep spending under control that lay behind their success.

“The pre-paid card represents a simpler way for a client to get a city card without the need to open an account in a bank or use other banking products,” said Ďuďáková. She added that the basic condition for obtaining a pre-paid city card is the requirement to deposit at least €20 on it. The holder can use the card until the balance decreases to €5 and must then ‘recharge’ it. The holder pays an annual charge of €3 for the card.

VÚB Banka had issued over 10,600 city cards by mid May, i.e. more than 55 percent of all those issued so far, according to bank spokesperson Alena Walterová.

The total number of city cards issued by all the banks involved is now almost 18,000, according to Andrassy. He said that many residents were just waiting for ‘their’ bank to join the scheme. The city council expects a further significant increase in interest once another bank joins the scheme and develops a more attractive version of the card for children and senior citizens.

While only banks can monitor what holders use their city card for, the first reported results indicate that people use it to buy city transport passes, swimming pool season tickets, as well as goods in shops, according to Andrassy.

“From the viewpoint of the city it will be important to monitor the usage of the card over a longer time frame and especially [see] how the card supports the interests of Bratislavans in terms of regular usage of public transport or visits to cultural and sports venues administered by city organisations,” said Andrassy.

The experience of UniCredit Bank confirms that many cardholders use the card for purchase of public transport passes, at over 40 percent; about 17 percent use it to buy cut-price tickets for the city’s swimming pools; and approximately the same percentage use it to purchase food, according to Ďuďáková. About 16 percent use the city card to pay for cinema and museum tickets, or when paying for medicines in selected pharmacies.

VÚB Banka reports increasing usage of the card for contact-less payments, which it regards as a positive development that reduces cash transactions and enables faster payment in stores, according to Walterová. However, the bank believes that it is too early to assess the project as a whole.

“But for the first four months we have registered increased interest in the card and positive responses from the side of clients actively using the card,” said Walterová. “We simultaneously felt that this would be an innovative project within the banking market from which we should not be missing. We understand the Bratislavská mestská karta as the first multifunctional card connecting the features of a payment card and a transport pass, and simultaneously it is the first VÚB Banka card with PayPass technology.”

Cardholders get a 10-percent discount on monthly, quarterly and annual public transport passes, and the card itself serves as a transport pass. The card also brings 20 percent discounts at sporting venues administered by the city-owned organisation STaRZ, and at the zoo, selected galleries and museums, among others.

Retailers and service providers which have joined the scheme include shops, restaurants, language schools, taxi firms, and others. Andrassy expects others to join, further fuelling interest among city residents.

“There was large interest among businesses in joining the scheme when we were preparing the project,” said Andrassy. “Extension of the network of retailers is now our priority.”