FINANCE Minister Ivan Mikloš is pushing banks to reduce their fees for housing-related products. On May 9 he unveiled a plan to introduce tougher rules for the state bonus paid on housing construction savings contracts and at the same time proposed to reduce fees for such products. The proposed legislative changes would also affect mortgages. 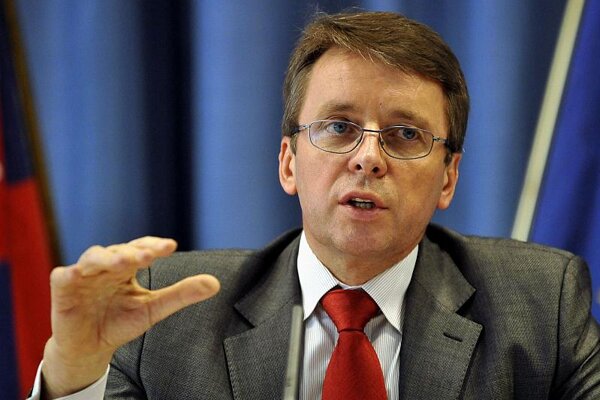 FINANCE Minister Ivan Mikloš is pushing banks to reduce their fees for housing-related products. On May 9 he unveiled a plan to introduce tougher rules for the state bonus paid on housing construction savings contracts and at the same time proposed to reduce fees for such products. The proposed legislative changes would also affect mortgages.

“The fundamental problem of housing construction savings products, according to an analysis from February 2011, is the low effectiveness of state contributions that amount to some €40 million per year, and the extremely high charges for these products, despite the existence of such a significant state contribution,” Mikloš said, as quoted by the TASR newswire, when he introduced the draft amendments to the Banking and Housing Construction Saving Acts. The Finance Ministry submitted the drafts for inter-departmental review on May 10.

The proposed legislation caps charges at a lower level than at present. The monthly charge for administration of a housing construction savings account would be €1 or €12 per year. Currently the annual limit is €18. The charge for closing a housing construction savings contract would equal 0.9 percent of the target sum, down from the current 1 percent. Mikloš also proposed cancelling the charge to process a loan, which is now €80.

The Finance Ministry also wants to remove the opportunity of savers to receive an entire annual state bonus when a savings contract is signed on the last day of the year. Each client of a housing saving bank is qualified to get the annual state bonus after signing a six-year saving contract. The maximum bonus is currently set at €66.39, with savers who deposit at least €663.90 per year with the bank qualifying for the whole amount.

Housing construction savings banks oppose the changes, some of which they say are disadvantageous for clients. Imrich Béreš, the head of the board of directors of Prvá Stavebná Sporiteľňa, said, as reported by the SITA newswire, that if the proposed legislation is adopted, clients will not have any chance to get the full annual bonus during their first year of saving.

“We agree with savings in charges and interim loans, but I do not see the sense in the state interfering in the amount of the bonus,” said Karl Peter Giller, the bank's head, as quoted by the Hospodárske Noviny daily.

The changes proposed in the legislation would also affect Slovak mortgages, the prices of which, Mikloš says, are among the highest in the European Union.

“Changes to the Act on Banks should also touch upon mortgage loans provided in the past; this is the case when the rate is re-fixed after the new legislation becomes effective, i.e. after January 1, 2012,” he said, adding that this will also affect other loans for acquisition or reconstruction of housing in which real estate is used as collateral.

According to Mikloš, a bank will be obliged to tell a borrower what its rate is when it provides a loan and also when it re-fixes the rate. The rate will consist of two items: the basic rate set by the National Bank of Slovakia and the so-called client margin, reflecting the bank’s margin and the client’s risk surcharge.