Migration: as old as mankind

MIGRATION is as old as the history of mankind. Groups of people have always been moving in search of a safer or a better home and it is only the historical context and the scale of migration that has been changing, said José Ángel López Jorrín, Ambassador of Spain to Slovakia, during a discussion with high school students in Bratislava. 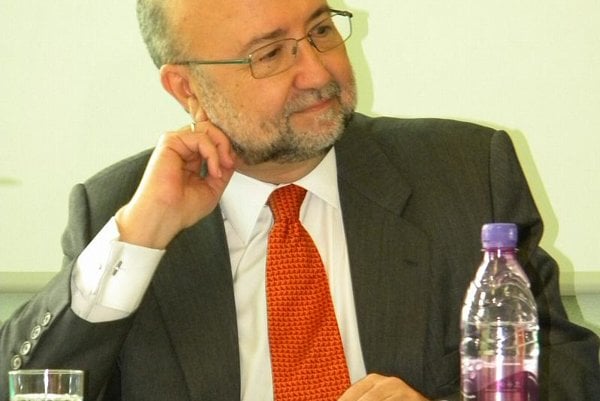 MIGRATION is as old as the history of mankind. Groups of people have always been moving in search of a safer or a better home and it is only the historical context and the scale of migration that has been changing, said José Ángel López Jorrín, Ambassador of Spain to Slovakia, during a discussion with high school students in Bratislava.

Some countries might still feel that the pressing issues of migration and immigration do not directly concern them but López Jorrín stressed that in the 21st century no country is untouched by the phenomenon and for that reason it should be treated as a shared global challenge and not as an issue limited to particular countries.

Students of the Dunajská Street secondary school in Bratislava, where most classes are taught in Hungarian, also learned that Spain has the highest immigration rate in the world and that in January 2011 immigrants made up 14 percent of Spain’s population, 5.7 million, which is around the total population of Slovakia. Ambassador López Jorrín met the students as part of the Bringing the World to the Classroom project developed by The Slovak Spectator, several foreign embassies in Slovakia and Sugarbooks, a distributor of textbooks.

With the help of the Spanish diplomat the students explored different modes of living abroad: being a foreign student, having temporary residence in a foreign country, or taking up a job somewhere outside one’s home country. But he added that the most difficult way of arriving in a foreign country is when people are forced to leave their homeland because of war and fears for their lives or the safety of their children. He noted that much migration is often forced by economic reasons as well.

Though it was not possible to explore all the complex questions that immigration poses today, López Jorrín explained that immigrants often evoke negative sentiments among locals because of concerns about the pressure they might place on the labour market. But he stressed that immigrants are often the most vulnerable groups in their adopted country since they are willing to work for much lower salaries than locals, sometimes are afraid to join trade unions, and often lack proper health insurance and social benefits. López Jorrín said migrants who are searching for a new home must make a serious effort to be open enough to the majority society in which they now live and that it negatively affects an immigrant community if it becomes tightly locked away from interaction with the majority society.

David Vojtko, one of the students, pointed out in an essay prepared for the meeting with the ambassador that the only way to achieve social integration is to learn the language spoken in the host country. Vojtko also wrote that cultural differences are even more difficult to bridge but that “by learning the language the chances are increased”.

Andrea Menyhárt, another student, wrote that another difficulty migrants might face is learning the customs and traditions of a new country, but that they must learn them if they do not want to insult or embarrass the majority residents.

The students also learned that even though Spain gave the world the word “siesta” the custom is no longer widely practised there and that around 500 million Spanish-speaking people livethroughout the world.