SLOVAK film director Pavol Barabáš received the Grand Prize 2011 of the International Alliance for Mountain Film on May 5 at a festival in the Italian town of Trento. 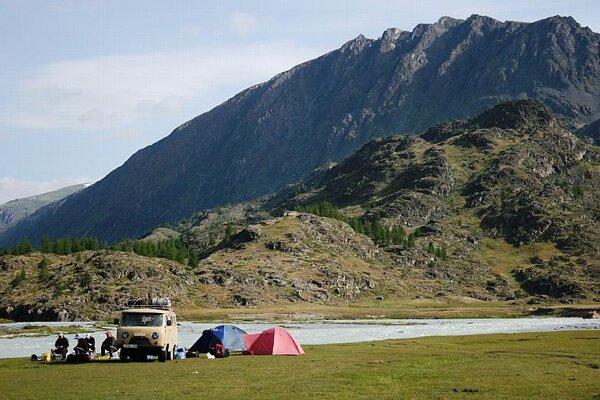 SLOVAK film director Pavol Barabáš received the Grand Prize 2011 of the International Alliance for Mountain Film on May 5 at a festival in the Italian town of Trento.

The jury, representing 19 international festivals from 17 countries, honoured Barabáš for his global contribution to the documentary film genre and for his work as a cameraman in documentaries with mountain, climbing and discovery motifs in extreme locations worldwide. He has also shot many films about travellers and adventurers.

“In his films, he presents for the audience not just unique pictures of our environment, but also offers evidence about life in less accessible locations and as-yet unknown cultures; thus evoking something deeper, the respect of a human towards himself or herself and towards the environment,” said Martina Straková of the K2 Studio, as reported by the TASR newswire.

The history of the award is closely connected to the founding of the International Alliance for Mountain Film (IAMF) in 2000. The IAMF comprises 17 European countries, 19 festivals of mountain movies and one museum. Annually, its members honour one filmmaker who can be credited with contributing markedly to the development of documentary movies, Straková told The Slovak Spectator.

Barabáš has made a host of movies, often depicting special, barely accessible places around the world, or athletic performances bordering on the very limits of human endurance. In his works, he not only records unique, often isolated ecological systems but also unfamiliar and thus intriguing cultures.

He has already received several awards for his movies. He recently took part in Envirofilm 2011, a Slovak festival of environmental movies that is currently taking place in several Slovak towns and cities. Barabáš will present his films with Steve Lichtag in Banská Bystrica on Wednesday, May 18.