Almost 1,400 dogs competed in various categories at the Slovak National Dog Show for All Breeds on May 1 and one pooch was chosen as the most beautiful dog of the whole show. 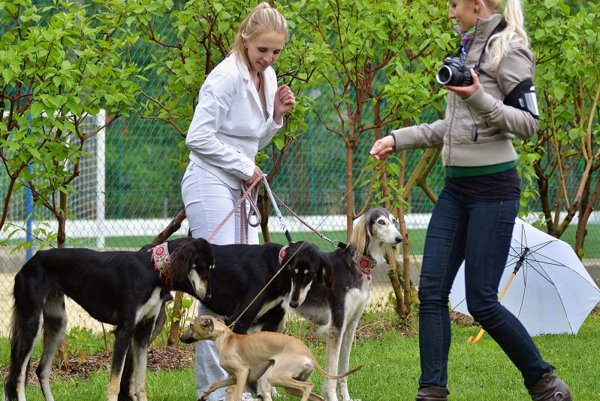 Almost 1,400 dogs competed in various categories at the Slovak National Dog Show for All Breeds on May 1 and one pooch was chosen as the most beautiful dog of the whole show.

The “beauty contest” for dogs was held at the Lido (Plážové kúpalisko) in Banská Bystrica and featured 180 breeds coming from six European countries as well as the United States. The award for the most beautiful dog went to an Irish Wolfhound owned by Petra Tomašovičová from Pezinok and was handed over by Peter Gogola, the mayor of Banská Bystrica. Even with bad weather on the day of the competition, about 2,000 people attended the show.

The breeds most shown at the competition were the Staffordshire Bull Terrier, Labrador Retriever and Central Asian Shepherd dog and the rarest breeds included the Australian Cattle Dog, Australian Kelpie, Greenland Husky and Swedish Pincher.