QUESTIONABLE procurement practices have led to the dismissal of National Highway Company (NDS) boss Alan Sitár. Transport Minister Ján Figeľ fired him on May 12 shortly after the minister and several media outlets received anonymous whistle-blowing letters that described allegedly overpriced purchases of training and consulting services that had been approved by Sitár for the state-run firm. 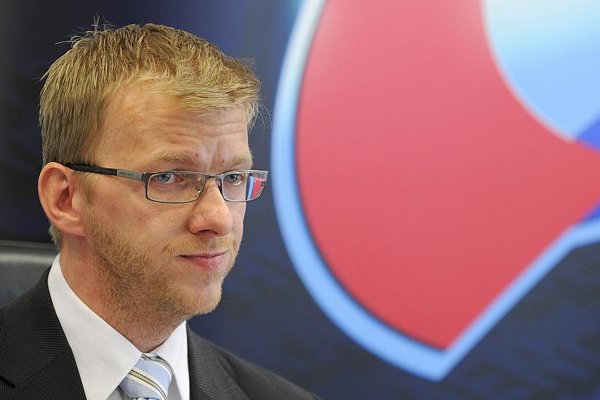 QUESTIONABLE procurement practices have led to the dismissal of National Highway Company (NDS) boss Alan Sitár. Transport Minister Ján Figeľ fired him on May 12 shortly after the minister and several media outlets received anonymous whistle-blowing letters that described allegedly overpriced purchases of training and consulting services that had been approved by Sitár for the state-run firm.

Prime Minister Iveta Radičová praised Figeľ’s move and said that sacking Sitár was a difficult but correct decision. Figeľ’s predecessor, Ľubomír Vážny, a Smer nominee, said the recall did not solve anything within the NDS.

Sitár, who was shown the door without being offered any pay-off, said he was disappointed and defended the deals in question.

Figeľ, who is also the leader of the Christian Democratic Movement (KDH), one of the four governing coalition parties, said that he repeatedly checked complaints pertaining to the purchase of external services and “despite the fact that it was in line with the law, I did not consider it ethical”.

Radičová commented that in politics and the management of the state it is not enough to enforce laws: officials’ conduct must also have an ethical dimension, the SITA newswire reported. She added that in the current post-crisis period, with the ongoing effort to save public money, funds should have not been handled in the way they were by the NDS.

The NDS had said earlier on May 12 that it was about to cancel some of the deals and orders, except those pertaining to the construction of highways which had been approved before the amendment to the law on public procurement became valid on April 1, 2011. The amendment made public procurement rules much tighter.

Sitár specified that the cancelled orders related to coaching and education of employees of the NDS, media consultancy, as well as consultancy for the forthcoming merger of the NDS and the Slovak Road Administration.

Nevertheless, Sitár defended the procurement of training and coaching services from training firm FranklinCovey, arguing that it had garnered positive references within the private sector, the Sme daily reported.

One of the tutors engaged to provide the coaching was Minister Figeľ’s main adviser, Marián Kolník.

On May 10, Figeľ confirmed that he had received an anonymous letter in which disaffected NDS staff pointed to what they claimed were overpriced purchases of training and consulting services for the state-run firm, the TASR newswire reported. Figeľ said he would seek an explanation from Sitár.

“Please find enclosed copies of 17 orders from the [NDS] general director and his colleagues. They represent would-be work worth €309,203, which is an incredible Sk9.315 million,” read the anonymous whistle-blowing letters. “You can peruse these orders on the NDS website. We’re highly disillusioned about this.”

The training sessions were to have taken place at a five-star hotel in Dunajská Streda located in a historical building, which according to Sme, belongs to backers of another ruling coalition party, Most-Híd.

Ján Kotula, a KDH nominee, has been named the interim head of the NDS. He also serves as deputy chairman of the board of directors of the highway company. Kotula said that he was dissatisfied with the operation of his predecessor.

“He had installed new methods, which are unsuitable for such a company,” Kotula said, as quoted by Sme.

Vážny, the previous minister, said the recall of Sitár did not solve anything since, he claimed, it is Kolník, Figeľ’s adviser, who in reality manages the ministry.

Vážny said Figeľ would install a more obedient person in the post, SITA reported. Vážny also refused to describe the recall as a radical step, suggesting that Sitár had planned to quit the NDS anyway.

The Transport Ministry rejected Vážny’s claims, stating that Figeľ acted in line with ethical standards and commenting that the approach of the previous management, i.e. under Vážny, was not comparable.