Germany and Austria open their doors – at last 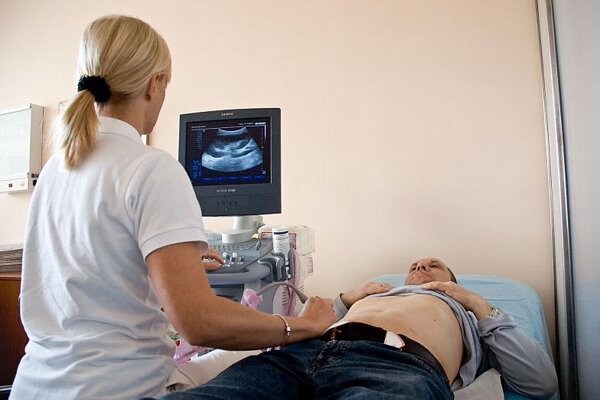 Austria and Germany were the last two ‘old’ EU countries to fully open their labour markets to members who joined the union in 2004. They maintained labour market restrictions for the maximum period of seven years on eight of the 10 countries including Slovakia that entered the EU in its biggest enlargement. The only two 2004 entrants that did not face restrictions were Cyprus and Malta.

The lifting of restrictions finally establishes a single EU labour market – except for Romanian and Bulgarian citizens, who will see restrictions lifted in 2014 – allowing workers to move more easily throughout member states.

The German and Austrian media and observers did not expect the end of the transition period to have a dramatic impact on the situation in the labour markets in their two countries. The biggest change will most likely be the fact that tens of thousands of citizens of the eight member states affected – Slovakia, the Czech Republic, Poland, Hungary, Latvia, Lithuania, Estonia and Slovenia – who already work in Austria and Germany illegally will legalise their status.

Observers have stated that fears of a big influx of migrants into the two countries are unjustified and said that Austria and Germany have in fact lost out by keeping their markets closed for the maximum possible transition period. Indeed, as early as 2007 Austria allowed a partial opening of its labour market due to a lack of skilled labour in some sectors and regions.

Austria is in need of skilled workers, mainly due to its aging population. The opening of the labour market will enhance the opportunities for Austrian companies to recruit qualified workers. It is estimated that around 20,000 to 25,000 people from the eight member states will seek employment after the opening of the labour market, according to Austrian Ambassador to Slovakia Markus Wuketich.

“Workers from new EU countries and Slovakia in particular are welcome to Austrian companies, since they are mostly very skilled and have a good command of German,” Ambassador Wuketich said, adding that Slovak employees can be found mainly in the spheres of tourism, industry, medical care, agriculture and construction.

He said that the general response to the opening of the labour market in Austria is positive, with the exception of smaller companies in the border regions who seem to be concerned about competitors from the ‘new’ EU countries.

But he noted that the Austrian labour market has never actually been closed to workers from Slovakia and other ‘new’ EU member states during the transition period, as there were legal ways to be admitted to work in Austria. He said that 90,000 people from the eight countries were legally employed in Austria in 2010, whereas the number of workers from the ‘old’ EU countries (the pre-2004 EU15) amounted to about 101,000.

Further west, the German government reports a yearly inflow of 100,000 to 140,000 immigrants from the eight countries, despite the transition period; these numbers are not expected to change significantly after the market opens up, the SITA newswire reported. The majority of immigrants to Germany come from Poland.

Estimates of the scale of future migration vary wildly in Germany, the Financial Times reported. While the European Commission expects no more than 100,000 extra people to come to Germany each year, the German government puts the figure at 140,000. But the Institute for the German Economy in Cologne believes there could be an initial surge of up to 800,000 more in the first two years.

Markus Halt, the spokesperson of the Slovak-German Chamber of Commerce, said that in Germany there is a lack of skilled labour in the technical and medical professions.

“Among several measures the country wants to fill the gap also by recruiting labour from abroad, in particular from central and eastern Europe,” Halt told The Slovak Spectator. According to him, the most frequently sought professionals from Slovakia and its neighbours in Germany are doctors and craftsmen.

Prior to opening its labour market – a move it could not avoid after the seven-year-long maximum transition period had elapsed – the Austrian government, however, took measures to prevent what it called social and wage dumping, in the form of the Anti-Wage and Social Dumping Act (AVRAG).

According to this law, all foreign employees are entitled to the minimum wage or the wage set by the collective treaty, which in practice means that companies from Slovakia who hope to enter the Austrian market and seek new orders will have to pay their employees the Austrian minimum wage, which often exceeds the normal wages of Slovak workers. Foreign companies active in the Austrian labour market are also obliged to observe Austrian national holidays and Austrian rules for vacations for workers.

Social and wage dumping could also occur in Austrian companies employing workers from new member states who seek to take advantage of the fact that foreigners might not be well informed about their rights.

Companies who violate the rules can face fines of up to €50,000, or double that if the offence is repeated.

After the Austrian government passed AVRAG, the chairman of the Slovak parliamentary committee for European affairs, Ivan Štefanec, wrote an open letter to the Austrian Ambassador to Slovakia to request his assistance in breaking down the barriers that he believes the bill imposes for Slovak companies.

Štefanec said that the law introduces inappropriate administrative barriers for foreign, including Slovak, employers, and that it interferes in free contractual relationships, including wage-related ones, between an employee and his or her employer in Slovakia in the case that the employee is sent to Austria on business.

“The only effect of this measure is the negative signal that in the united Europe – even now, after seven years of ‘testing’ membership has elapsed – all [members] are still not equal,” Štefanec wrote.

Štefanec has also been in touch with the European Commission over the matter and says that the findings of the EC have proved several times in the past that most barriers in this area are ineffective.

Ambassador Wuketich said that Austria’s objective is to secure its traditionally high social and labour standards for both Austrian and foreign workers. He maintained that it is legitimate under EU regulations and said the act is only one step towards supporting these goals. There have also been workshops and joint projects between the Austrian Public Employment Service and the Slovak Labour, Social Affairs and Family Office to provide information about the functioning of the Austrian labour market, he said.

“With a view to good relationships with our neighbours we have launched expert talks on labour market questions also with the Slovak side that are to continue,” Ambassador Wuketich said, adding that on May 9 the Austrian Federal Minister of Labour and Social Affairs met his Slovak counterpart to discuss the matter.