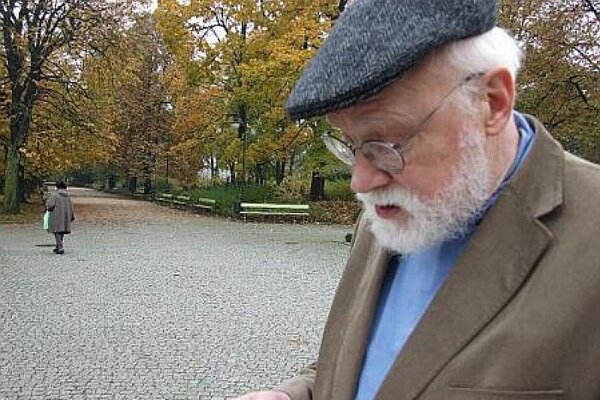 
Few people living in Bratislava today can imagine what the city was like a century ago, when the population was predominantly German, the political leadership was Hungarian, and Slovaks made up less than one-fifth of the city’s inhabitants. The city was most often called Pressburg, its German name.

The author is most interested in the first three years after the founding of Czechoslovakia in 1918, in particular how the new administration folded the city into the new state and how the various populations responded to this process. He devotes special attention to the social democratic movement in Bratislava.

The author read extensively from the newspapers of the time to recreate the events and people’s reaction to them, and draws on extensive academic research in Czech, Slovak, English, German and Hungarian to discern long-term developmental trends.

Van Duin’s previous work, in addition to several articles on the period he studies here, also includes an article on contemporary ethnic developments in Slovakia, but also studies on national and ethnic development in South Africa in the eighteenth century.

“An exceptional book about the history of social democracy in Slovakia and, in a broader geographic context, central Europe,” said veteran historian Hans Renner of the University of Groningen. “The range of sources and literature used is most impressive.”


Alexander Maxwell writes about how language helped to create a Slovak identity, but not in the way Slovak nationalists have told the story, in his book “Choosing Slovakia: Slavic Hungary, the Czechoslovak Language & Accidental Nationalism” (London & New York: I.B. Tauris).

Slovakia was part of Hungary two hundred years ago when Hungarians started to undergo a national awakening. Hungarian-speakers tried to assimilate the country’s non-Hungarian populations but its Slavs adhered to a multi-ethnic and multi-lingual idea of the state where citizens could freely use their native languages.

These Slavs willingly recognised themselves as Hungarian citizens who spoke Pan-Slav and Czech dialects. This directly contradicts the traditional story that Slovak national leaders founded or re-founded the Slovak nation. To do this he bridges the gap between linguists and historians.

According to Maxwell, Ľudovít Štúr, who codified a dialect of central Slovak in the mid 19th century, saw it only as reflecting the spoken speech of part of the Slavic nation. Thus he saw it as a dialect, not a language.

This dual loyalty to a Slovak identity and a larger identity persisted in different form after the creation of Czechoslovakia in 1918, explains Maxwell. The overwhelming majority of Slovaks were loyal to both a Slovak nation and a Czechoslovak state. He calls this a theory of “multiple and simultaneous national loyalties.”

Maxwell, a historian, political scientist and linguist, lectures in the School of History, Philosophy, Political Science and International Relations at the University of Wellington, New Zealand.

“The book speaks to the power of domestic majority and minority actors in making democracy work under conditions of continued nationalist competition,” the author writes. “By focusing on domestic majority and minority political elites and parties as the key agents of change, this book contributes to a more balanced understanding of the way international and domestic actors work together to move multiethnic societies beyond cultural division.”

Csergo delineates how the Vladimír Mečiar-led government of newly-independent Slovakia supported the concept of an ethnically defined Slovak nation. Slovaks and Hungarians opposed to him joined together to develop a more inclusive definition of what it means to be Slovak when they came to power democratically in 1998.

“This is an elegant and empirically rich comparative study,” notes Professor Valerie Bunce of Cornell, one of the leading specialists in the US on eastern European politics. “Perhaps her most important argument is that struggles between elites and parties representing the majority versus the minority kept the national question alive, while contributing to the process of democratic development.”

“Csergo’s contributions are extremely valuable and should be taken seriously by both scholars and policymakers working on issues of European integration and the complexities of multilingual and multinational political community more broadly,’ writes Nadya Nedelsky. “Her clearly written and detailed account of the zigzagging paths of language regulation in education, public spaces and government is the most comprehensive treatment in the English-language literature.

Following the comparative pattern of Kevin Deegan-Krause, who examined Slovak and Czech politics in their independent states (see review in The Slovak Spectator, Aug. 9), Nadya Nedelsky, in her book “Defining the Sovereign Community: The Czech and Slovak Republics” (University of Pennsylvania Press), takes a longer historical perspective in an attempt to understand why the Czech and Slovak states chose different definitions of sovereignty when the old Czechoslovakia split and what that has meant in the ensuing years.

“The Czech Constitution employs a civic model,” she notes, “founding the state in the name of ‘the citizens of the Czech Republic,’ while the Slovak Constitution uses the more exclusive ethnic model and speaks in the voice of ‘the Slovak Nation.’”

Nedelsky, an associate professor of International Studies at Macalester College, received her PhD in political science from the University of Toronto in 2001. She is currently working as co-editor with Lavinia Stan on a two-volume Encyclopaedia of Transitional Justice, under contract with Cambridge University Press.

Nedelsky uses six of the nine chapters in the book to show the different ways in which Czechs and Slovaks have understood nationhood over the course of six different governing systems in a century and a half, and how it contributed to their differing definitions of sovereignty. In turn, she applies that understanding to compare how Slovaks have treated the Hungarian minority in Slovakia and how the Czechs have treated the Roma minority in the Czech Republic.

While she acknowledges that the politics of the national and socialist governments in Slovakia have differed from liberal governments since 1993, Nedelsky argues that even though the liberals are more tolerant of minorities, they have not offered a more coherent defence of how minority rights and civic equality relate to the principle of ethnic sovereignty. The ethnic model offers less support for civil and minority rights than the civic model does.

“Nedelsky's conclusions challenge much analysis of the region, which tends to explain ethnic politics by focusing on post communist factors, especially the role of opportunistic political leaders,” rather than looking at historical factors, her publisher says. “Looking ahead, Nedelsky offers crucial evidence that nationalism may remain strong in Slovakia and the Czech Republic, even in the face of democratisation and EU integration, and is an important threat to both.”