THE TOWNS of Pezinok and Svätý Jur in the Small Carpathians belonged for three centuries to the families of the Counts of Svätý Jur and Pezinok. 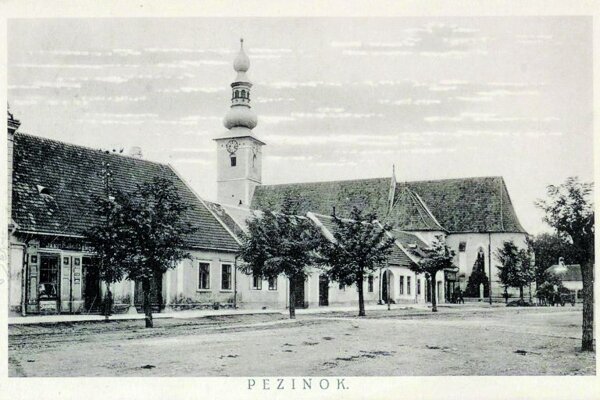 THE TOWNS of Pezinok and Svätý Jur in the Small Carpathians belonged for three centuries to the families of the Counts of Svätý Jur and Pezinok.

However, at the end of the 14th century, Moravian margraves Jošt and Prokop seized control of Svätý Jur and Pezinok – and the counts sought to get their properties returned.

A duel almost transpired between Juraj II from the Pezinok line and Peter II from the Svätý Jur line of the counts. And what exactly happened?

In 1399, Peter gained the Pezinok Castle back from the Moravian margraves for Juraj for 4,000 golden ducats. He did not pay the money back, however, and denied that he had given any promise to do so. Moreover, he threw down the gauntlet and challenged Peter to a duel because his reputation had been harmed. Peter refused, however, and the whole dispute was apparently resolved through an oath.

In this postcard from the 1920s, the oldest Pezinok church – dedicated to the Virgin Mary – can be seen. The two counts were among its donors and Juraj I is buried there. His Gothic epitaph belongs among the oldest monuments preserved in the church.