SAVING for old-age pensions is inevitably a long-term undertaking; this is especially true on the national scale. In the past, the state pension contributions of economically active Slovaks were used to fund the pensions of those who had already retired. But this approach is no longer able to generate sufficient funds to meet the needs of future liabilities, due to Slovakia’s unfavourable demographic developments. To address this issue Slovakia extended its pay-as-you-go scheme, now known as the first pillar, by adding two further saving pillars, in which people can save for their retirement. But even though these are called pillars, suggesting solidity and permanence, they have been shaken with each change of government since they were set up. 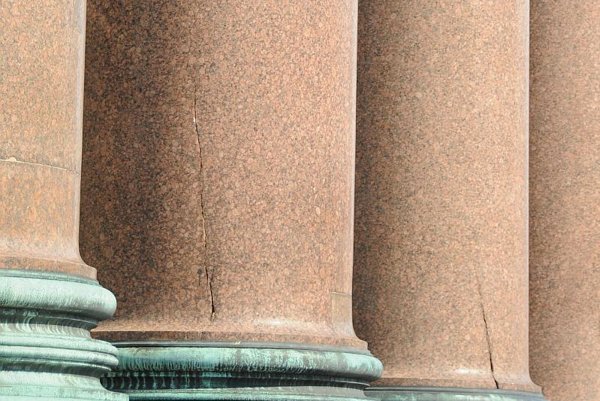 SAVING for old-age pensions is inevitably a long-term undertaking; this is especially true on the national scale. In the past, the state pension contributions of economically active Slovaks were used to fund the pensions of those who had already retired. But this approach is no longer able to generate sufficient funds to meet the needs of future liabilities, due to Slovakia’s unfavourable demographic developments. To address this issue Slovakia extended its pay-as-you-go scheme, now known as the first pillar, by adding two further saving pillars, in which people can save for their retirement. But even though these are called pillars, suggesting solidity and permanence, they have been shaken with each change of government since they were set up.

Later, in 2009, the Fico government changed the fee structure for private pension fund management companies and introduced guarantees for pension savers preventing their accounts from falling below the principal sums they had invested. Pension fund management companies objected to the change, stating that it would endanger their operations as well as reduce the long-term value of future pensions for individuals saving via Slovakia’s second pension pillar.

The introduction of guarantees has caused the pension fund management companies to stop investing in equity shares, meaning that all three funds in which pensioners can save, i.e. growth, balanced and conservative funds, all now generate similar yields.

This is because pensions saving companies have to report and compare the value of the assets in their funds on a six-month basis and as a result are investing in a very conservative way and not risking any losses. But this safe investment strategy brings lower yields.

The Iveta Radičová government, which took office last, summer declared a desire to fix the second pillar. The Ministry of Labour, Social Affairs and Family has elaborated and submitted for interdepartmental review a draft revision to the old-age pension saving law. However, the draft revision still faces a long path through the legislative process before becoming law.

In the draft revision the ministry proposes to scrap the guarantees in the balanced and growth funds while preserving it in the conservative fund. Meanwhile, a new type of fund will emerge – the so-called index fund – while the names of the other funds will also change. The conservative fund is to be renamed the bond fund while the balanced fund becomes the mixed fund and the growth fund will be called the stock fund.

“Our aim is to generate higher pensions for people and that’s why we’re making changes in the pension-savings law and the second pillar,” Labour Minister Jozef Mihál said on May 6, as quoted by the TASR newswire.

Under the newly-proposed rules, savers will be allowed to put their investments into two different funds, one of which will be guaranteed. The amendment will also oblige young savers who enter employment to join the second pillar. There will be an option to leave the pillar within two years of entry.

If passed as drafted, the amendment will become effective as of October 1. However, stipulations concerning guarantees and other substantial changes would become effective on January 1, 2012.

“We believe that what the second pillar needs most is stability and continuity, which can be reached only under the precondition that changes to the second pillar will be a result of wide consensus, will be sound, convincing and will keep all the constitutional rights that legislation to date has offered savers, “Jozef Paška, the head of the board of directors of Allianz-Slovenská Dôchodková Správcovská Spoločnosť (Allianz-Slovenská DSS), one of pension fund management companies operating in Slovakia, told The Slovak Spectator. “We are afraid that many of the proposed changes, for example cancellation of guarantees or introduction of compulsory entry for young people will lead to polarisation of society, which in the future could lead to other interventions in the system.”

Apart from articulating this fundamental reservation, Paška pointed out that the wording of the draft revision is in many place terminologically inaccurate, cannot be implemented and is sometimes not even comprehensible. On the other hand, his company regards the effort to optimise conditions for investing in the guaranteed schemes as a positive move.

Allianz-Slovenská DSS does not regard the introduction of guarantees by the previous government, with regards to the conservative risk profile of most savers, to be a negative phenomenon. Instead, it regards the main problem as having been the aggressive style of its communication and the failure, at the time the guarantees were introduced, to create an option for savers who want to invest part of their money without a guarantee, Paška said.

“The problem was the introduction of the six-month performance assessment period for the funds and, moreover, the unreasonable approach in applying this to all funds,” Kouřil told The Slovak Spectator.

Kouřil praised the option to save in two funds, one of which should follow a conservative strategy, and supported the launch of the index fund. But he said that cancelling the guarantees could prove to be a problem because about 17,000 savers entered the scheme while the guarantees were still being offered, meaning that cancelling them could constitute a violation of savers’ legal rights.

Radovan Ďurana of INESS, an economics think tank, also considers discussion before now of the purpose and importance of the funds, a process which might encourage general support for the second pillar to spread across the whole political spectrum, to have been insufficient.

With respect to the draft revision itself, Ďurana said that it returns to the original objectives of the second pillar.

“The current system of guarantees which, however, guarantee zero yields, should be cancelled as an inevitable precondition for fulfilment of the original goals of the second pillar,” Ďurana told The Slovak Spectator.

Ďurana also welcomed the re-naming of the funds, which in his opinion will increase transparency; he also praised the introduction of the index fund for widening investors’ options.

The current cabinet has already altered the so-called third pillar of the old-age pension scheme. This pillar, within which people save for their retirement via voluntary supplementary payments, recently lost its tax advantages. Changes to the third pillar were part of the austerity package designed to consolidate public finances adopted by the cabinet last year. To increase government revenue, the opportunity for savers in the third pillar to deduct almost €400 per year from their tax base – resulting in an income tax reduction of €76 – was terminated.

Speaking in mid May on public broadcaster Slovak Radio, Labour Minister Mihál admitted that this had been a mistake and that voluntary forms of saving for pensions should be given an advantage and made more attractive, the Pravda daily reported.

“The cabinet should announce clearly that the first pillar will not be able to generate sufficiently high pensions, and should call on people to secure [their pensions] via other means,” Ďurana said, as quoted by Pravda. He added that it is not possible to say that the third pillar is the best way, as the best form of saving for retirement differs for each person.