THE ECONOMIC crisis brought the term secondary insolvency back into the vocabulary of many businesses operating in Slovakia – a vicious, almost endless circle in which companies stop paying their vendors or contractors because they have not received payments for their own products or services. Bad experiences during the economic downturn increased the interest of many companies in better credit management but since the sting of the recession has lessened somewhat, some companies appear to have forgotten the hard lessons of 2009 and 2010. 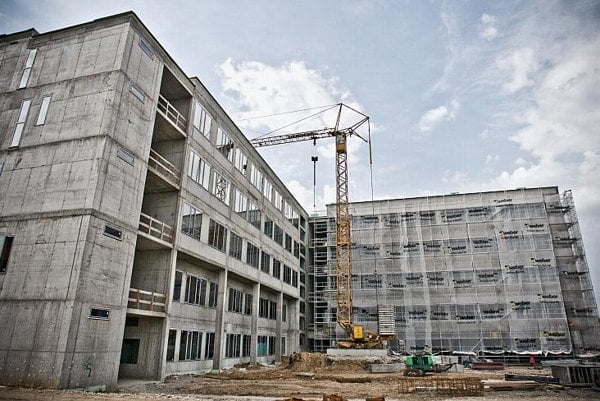 THE ECONOMIC crisis brought the term secondary insolvency back into the vocabulary of many businesses operating in Slovakia – a vicious, almost endless circle in which companies stop paying their vendors or contractors because they have not received payments for their own products or services. Bad experiences during the economic downturn increased the interest of many companies in better credit management but since the sting of the recession has lessened somewhat, some companies appear to have forgotten the hard lessons of 2009 and 2010.

“Secondary insolvency peaked in the second half of 2009 and this peak took place across all economic sectors,” Tomáš Mezírka, representing Atradius Credit Insurance N.V. in Slovakia, told The Slovak Spectator, based on the company’s statistics. “Apart from some sectors, for example construction, the payment ability of companies has visibly increased and only rather under-capitalised companies remain endangered by any delay in receiving their payments.”

The financial difficulties or potential bankruptcy of companies with these kinds of problems are predictable, but Mezírka pointed out that “often these are companies that have been able to lure large volumes of goods from suppliers and their downfall then causes a domino effect”.

“Construction continues to combat large problems because of fewer orders and it will be possible to say more about this sector only after the construction season is over,” Mezírka said.

Mezírka stated that company restructurings have become a significant burden, saying that problems in the restructuring process are endangering many other companies because these often surface quickly, almost overnight.

Were lessons learned in the crisis?

Even though uncollected or uncollectable receivables may bring down an otherwise healthy company, experts say that recent experiences with secondary insolvency have not pushed many more companies into undertaking better or more extensive credit management. While more interest was shown in external professional credit management for a short while, experts say that companies are again becoming less cautious.

“In my opinion interest has been decreasing again and only bigger companies have learned from the crisis,” Ľubor Jenis, managing director of Coface Slovakia Credit Management Services, told The Slovak Spectator.

“These [companies] have set up their internal processes better than smaller companies, which are afraid of assigning receivables for collection. They are afraid that in doing this they would spoil their good private relations and would not get new orders. Thus, they are actually only ballooning receivables since they are continuing to deliver goods or services also to bad payers.”

Mezírka said that it is unfortunate that very often in Slovakia external credit management continues to be perceived as a solution only after problems arise.

“Prevention, for example via credit insurance, is required more often and even after the experiences of the last two years when this product saved the existence of many companies, we are still talking about a much different interest [in credit insurance here] than in countries westwards from our borders,” Mezírka stated.

Experts describe a number of common mistakes made by Slovak businesses when managing their receivables and their credit relationships.

“If companies have set up an internal process of claiming receivables, then it is mostly too long and loses effectiveness,” said Jenis. “Receivables should be assigned to a collection agency 60 to 90 days after the due date. If they do not have any established system, it often happens that receivables assigned to a collection agency are already too old, more than 180 days after the due date, and this greatly decreases their collectability.”

Mezírka said several of the biggest mistakes he sees are a company’s violation of its own internal directives about credit management, in the event they even have such directives, as well as an excessive focus only on the amount of turnover.

“Only after getting into really difficult financial trouble do many companies realise that only real turnover, which is turnover that has been paid for, is good turnover,” Mezírka said.


These experts also think that Slovak companies are not using all opportunities to better protect themselves from the impacts of secondary insolvency.

“The current usage of various means of protection, either credit insurance or another product is, alas, still at a low level in Slovakia,” said Mezírka. “In my opinion economising on protection of credits is economising in the wrong place because unsettled receivables are exactly what may bring down any sound company. But each manager or owner of a company has to reach this conclusion on his or her own; we can only wish that this happens earlier rather than after it is too late.”

Jenis also sees several other crucial areas in which Slovak businesses can improve.

“Firms are entering into unverified commercial relations, the contractual basis of deals is weak, documents about delivery are often missing and so on,” Jenis said, adding that this magnifies a purchaser’s unwillingness to pay. “We also often hear statements from debtors such as ‘I have not received payments either, I have a big unsettled receivable and I am just waiting for money’. When we offer them debt collection, then they say they will wait a bit longer and they will try themselves once again. But later is usually too late. Or they act to solve this immediately via a lawyer and that is a time-consuming and expensive solution.”