SLOVAKIA is learning to its cost that poor public procurement practices can lead to the European Union cash-tap being turned off. A recently completed European Anti-Fraud Office (OLAF) investigation into a project to reconstruct Bratislava’s state-owned Milan Rastislav Štefánik International Airport between 2005 and 2008 found faulty procurement and unjustified expenditures. OLAF’s findings are likely to scotch Slovakia’s chances of getting €3.9 million of the project costs covered by the EU and, as a result, Slovak taxpayers will have to pick up the bill. 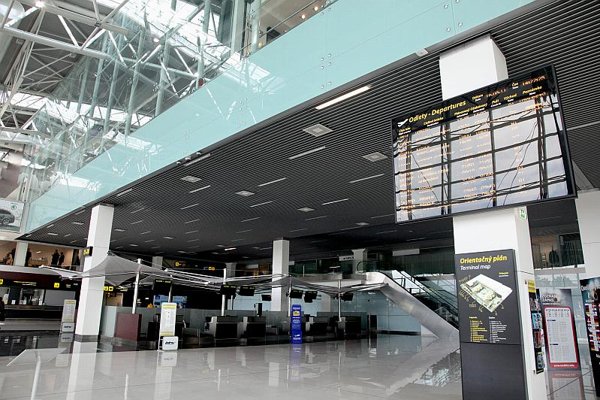 SLOVAKIA is learning to its cost that poor public procurement practices can lead to the European Union cash-tap being turned off. A recently completed European Anti-Fraud Office (OLAF) investigation into a project to reconstruct Bratislava’s state-owned Milan Rastislav Štefánik International Airport between 2005 and 2008 found faulty procurement and unjustified expenditures. OLAF’s findings are likely to scotch Slovakia’s chances of getting €3.9 million of the project costs covered by the EU and, as a result, Slovak taxpayers will have to pick up the bill.

Shortly after the Sme daily broke the story, Prime Minister Iveta Radičová said that OLAF had discovered the first incidence of unjustified expenditure during the initial part of the project in 2005, during the Mikuláš Dzurinda government, but that more such irregularities occurred under the subsequent government of Robert Fico, which took office in 2006.

“OLAF can confirm that it has completed its investigation into this matter and on the basis of its findings in relation to certain irregularities found in the public procurement processes adopted and followed it has recommended a financial recovery of €3.9 million of the EU funding involved,” OLAF spokesperson Pavel Bořkovec told The Slovak Spectator on May 25.

The OLAF Final Case Report on the matter was sent to the European Commission and to the Slovak authorities in March 2011, Bořkovec said.

“As the matter will now be the subject of a specific recovery process between the European Commission and Slovakia, OLAF will make no further comment in the matter,” he added.

Radičová, after meeting the EU commissioner for regional policy, Johanes Hahn, on May 23, confirmed that Slovakia cannot expect any of the costs it incurred to be reimbursed by the EU, the TASR newswire reported.

Slovakia undertook work at the airport prior to joining the Schengen zone in late 2007, in order to effectively separate Schengen from non-Schengen passengers. The country had hoped to have the bill covered by the Schengen fund.

The basic project was drawn up in 2005 with an estimated price tag of Sk23 million (approximately €760,000); a year later it was submitted to the Schengen Commission, which approved the plan. However, the airport management changed following the 2006 election and the new managers scrapped the original plan at the end of 2006 and picked a new contractor, Ikores Slovakia.

Ikores – then owned by Jozef Kopecký, who in 2001 had donated Sk200,000 to Smer, the leading party in the 2006 government – was picked for the job without any public tender, but instead according to what was referred to as ‘market research’.

Independent political watchdog Transparency International warned at the time that the airport contract only added to concerns that Ikores was profiting from Kopecký’s close relationship with Smer.

According to Sme, approximately €1.7 million of the €3.9 million in expenses questioned by OLAF should have gone to Ikores and the remaining €2.2 million to another firm, Stabil, which was supposed to rebuild the airport in 2005. The daily, citing Radičová, also reported that the failings from 2005 were mainly linked to invoicing of unjustified expenses. Stabil was given the work after negotiation, without a public call for tenders. Milan Kajan, who managed the airport between 2002 and 2006, has denied any malpractice and said that the problems pertain to invoicing, Sme reported.

Kajan’s successor Stolárik argued after taking over that the new management had been forced to turn to Ikores directly without calling for tenders because the previous government had ignored preparations for Schengen so long that Slovakia was in danger of not meeting its entry deadline. The Ministry of Transport was at the time led by Smer nominee, Ľubomír Vážny.

Vážny, now a Smer MP, responded to OLAF’s findings by saying that while he was minister the airport was not managed in line with his expectations, and that as a result he had recalled its general director. Vážny told TASR that he did so without any pressure either from the media or the-then opposition.

The current minister of transport, Ján Figeľ, described the controversy over the airport as part of the legacy from a period when procurement was often conducted in a non-transparent manner incompatible with European Union laws and practices. He also said that it was important to explain who was and who remains responsible for the failings.

While noting that OLAF had recommended that the European Commission recover €3.9 million of the EU funding involved, Figeľ, in an interview with The Slovak Spectator, said that “it is up to the commission how it decides, but OLAF is an institution with high credibility and its reports are very sensitively perceived”.

However, Figeľ also added that he is convinced Slovakia needs modernisation to ensure that the country’s air transport, and its transport infrastructure in general, remains safe and comfortable, and that his department would continue with existing work to complete a new terminal while “learning the lesson that the work needs to be done with strict observance of quality and well as compatibility with the law. Today we are assessing investment intentions and the use of EU funds in a much stricter way so that later on we do not face the suspicion of fraud or other doubts,” Figeľ added. He suggested the new terminal would be finished by June 2012, thereby boosting the airport’s capacity.