FOLLOWING Slovakia’s first Rainbow Pride gay-rights parade in 2010, which was disrupted after being attacked by far-right extremists, there was a good deal of apprehension surrounding the second running of the event on June 4. The lesbian, gay, bisexual and transgender (LGBT) community also welcomed the coming out of Slovakia’s first openly gay MP, Stanislav Fořt, of Freedom and Solidarity (SaS). 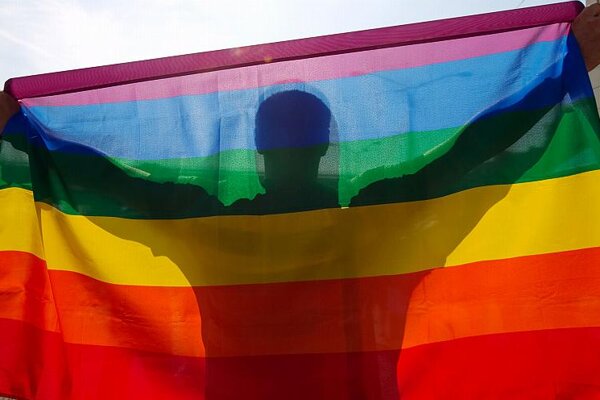 FOLLOWING Slovakia’s first Rainbow Pride gay-rights parade in 2010, which was disrupted after being attacked by far-right extremists, there was a good deal of apprehension surrounding the second running of the event on June 4. The lesbian, gay, bisexual and transgender (LGBT) community also welcomed the coming out of Slovakia’s first openly gay MP, Stanislav Fořt, of Freedom and Solidarity (SaS).

As some 1,500 people gathered for pre-march festivities in Bratislava’s Hviezdoslavovo Square, a heavily armed police presence, including SWAT units in full riot gear, were on hand, restricting entrance to the square and checking all purses, bags and parcels. But in the end everything came together as planned with barely a hitch.

Many dignitaries were on hand and addressed the crowd in the square. They included two European Parliament members, Ulrike Lunacek and Marije Cornelissen; Milan Ftáčnik, the mayor of Bratislava; Speaker of Parliament Richard Sulík; and Labour Minister Jozef Mihál. Several members of the opposition Smer party also attended the event.

Unlike last year, the parade march was completed without interruption, making its way from Hviezdoslavovo Square, in central Bratislava, across the New Bridge to a ship anchored on the southern bank of the Danube.

The marchers were monitored all the way by well-armed police units who even had water cannons at their disposal. Police detained 45 people during the event but laid criminal charges against only one.

A few dozen of members of Ľudová Strana – Naše Slovensko, a far-right party, showed up bearing banners carrying mottos such as “For the traditional family and against deviation,” but there were no major incidents.

The organisers were pleased that the whole event was handled so well.

“Bratislava can call itself an open city now,” Romana Schlesinger, one of the organisers, told the Sme daily.

Political support for the event was somewhat mixed. Prior to the parade SaS had called a press conference inviting all its supporters to attend the event.

“I’m convinced that Slovak citizens who live with each other as same sex partners should have equal rights to everyone else,” Mihál, an SaS member, told the press, as quoted by the SITA newswire.

Fořt, the only member of the Slovak parliament who openly admits that he is gay, said in an interview he gave to Sme after the event that though most of his parliamentary colleagues were privately positive about his announcement, many were reluctant to show public support for fear of offending large numbers of their voters. Fořt said that MPs from the Christian Democratic Movement (KDH) had taken a very reserved attitude toward his announcement, though no one had openly criticised him.

Homosexual rights activists welcomed Fořt’s coming out. According to Schlesinger, it is good that someone found enough courage to talk about his homosexuality in public, despite the fact that society remains largely homophobic.

The parade was not without its detractors. On June 8, four days after the event, several public figures signed and published a letter meant as a response to an earlier joint statement by 20 diplomats publicly supporting the Rainbow Pride march.

The signatories argued that the statement by international diplomats in support of the parade was unfortunate and that they regarded it as interference in Slovakia’s internal affairs.

“The radical demands of the organisers of the Rainbow Pride exceed the legislative framework in most of your home countries,” the signatories wrote. “In Slovakia these are a subject of political polemics. Your support for these demands is surprising and we do not consider it opportune.”

The letter states that by supporting the demands voiced by the Rainbow Pride organisers the diplomats had interfered in the internal political debate in Slovakia and overstepped their diplomatic mission.

The diplomats rejected the criticism, saying that support for human rights is part of their work. In their reactions, as reported by the Pravda daily, they stressed mainly the universal character of human rights.

The ambassadors of the Netherlands, Norway and Denmark issued a joint statement saying that basic human rights, including LGBT rights, do not involve internal politics but rather the Universal Declaration of Human Rights, and that Slovakia had signed this.

“We hope that our laws and regulations securing equality before the law for all are an inspiration for countries seeking ways to secure the same for their citizens,” Pravda quoted from their statement.

The US Embassy in Bratislava also mentioned the Universal Declaration of Human Rights in their reaction and pointed out that Slovakia and the US have both signed it.

“We do not consider taking a strong stance on human rights to be involving ourselves in Slovakia’s “internal affairs”,” the US Embassy press attaché Chase Beamer told The Slovak Spectator. “Indeed, we take heart that your own government does not take that approach when addressing human rights’ concerns in Belarus or Syria.”

Beamer also noted that supporting people's right to assemble and peaceably march is not an endorsement of their political platform and goals, and added that the US still has work to do in eliminating prejudice but has come a long way in recent decades.