RATING agencies have confirmed their current rating grades for Slovakia but at the same time expressed scepticism about whether the Slovak government will meet its fiscal consolidation plans. 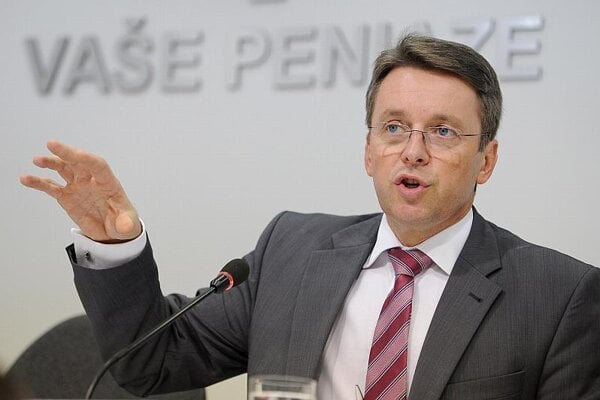 RATING agencies have confirmed their current rating grades for Slovakia but at the same time expressed scepticism about whether the Slovak government will meet its fiscal consolidation plans.

Slovak Finance Minister Ivan Mikloš believes that the government will be able to squeeze the public finance deficit below 5 percent of gross domestic product (GDP) this year, but admits that expenses associated with the health-care system and reorganisation of the state railways could endanger the government budget. But he added that if it is necessary, the government will adopt further austerity measures.

“I believe that Slovakia will prove the baselessness of these prognoses,” Mikloš said in response to the agency warnings, as quoted by the SITA newswire. “We will do all we can to meet the planned deficit of 4.9 percent of GDP. I believe that ongoing developments are under control. If necessary, we will adopt further measures.”

Following earlier warnings by Standard and Poor’s (S&P) last December, both Fitch and Moody’s warned against a potential overshoot in the planned fiscal deficits for both 2011 and 2012.

Fitch was the last rating agency to confirm Slovakia’s current rating. On June 6 it stated Slovakia’s long-term foreign and local currency Issuer Default Ratings (IDRs) would remain at ‘A+’, with the outlook also remaining stable, the SITA newswire reported.

“Slovakia’s rating continues to be supported by the economy’s track record of strong growth, low inflation and a relatively strong banking sector,” SITA quoted Fitch’s Douglas Renwick. “However, with a budget deficit of 7.9 percent in 2010, the government will need to implement sustained fiscal consolidation to prevent downward pressure on the rating.”

Slovakia’s deficit of 7.9 percent of GDP for 2010 represented significant slippage from the original target of 5.5 percent. This reflected a shortfall in tax revenues, fiscal stimulus measures and unbudgeted expenditures caused by summer floods and increasing liabilities for state railway companies and hospitals.

Even though Fitch stated the centre-right coalition government is strongly committed to fiscal consolidation and expects significant progress, Fitch expects moderate slippage in the targets due to the possibility of weaker-than-expected growth, implementation risks and further problems in some expendiutre areas. As a result, Fitch forecasts a base-case budget deficit of 5.7 percent of GDP for 2011 and 4.0 percent for 2012.

The Slovak government’s plan for 2011 is 4.9 percent and 3.8 percent for 2012. Mikloš has admitted that meeting the fiscal targets may not be simple. Risk areas include management of hospitals and revenues from the sale of emissions allowances that the budget initially counted on but that are unlikely to be fully realised. The minister assessed the overall development of the budget in the first five months of the year positively, according to SITA.

Slovak analysts regard the rating grades as supporting the ongoing standing of Slovakia but share the agencies’ concerns.

“Affirmation of the current rating grades is an important signal, which supports the position of Slovakia as the best-rated sovereign among the CE4 countries [i.e. Visegrad Four countries],” Volksbank Slovensko chief analyst Vladimír Vaňo told The Slovak Spectator. “One should not forget that a crucial milestone in achieving this status was the successful introduction of the euro in 2009. However, the June 2011 rating reports should be read in conjunction with the embedded scepticism of the rating agencies with regards to ongoing fiscal consolidation.”

According to Vaňo, although rating agencies have acknowledged the commitment of the current coalition to fiscal consolidation, they have raised doubts about the anticipated strength of Slovakia’s economic recovery this year, the risk of slower implementation of necessary reforms and expenditure cuts.

“Given the paramount importance of disciplined and credible fiscal consolidation after two years of deficit overshoots to the tune of almost 8 percent of GDP, in 2009 and 2010, the message of these rating reports is a rather bitter one,” said Vaňo.

According to Vladimír Zlacký, chief economist at UniCredit Bank Slovakia, the confirmation of the rating means that the agencies have not found any significant change in the risk that Slovakia will be unable to meet its obligations.

“This means that Slovakia’s access to foreign financial markets should not worsen in the near future, which is important for the ability to finance the state debt under reasonable financial conditions,” Zlacký told The Slovak Spectator. He added that the ratings prove that financial markets and rating agencies sensibly perceive the potential risks of failed government fiscal targets. “Fitch lists three sources of risk: lower than expected economic growth, implementation risks of fiscal measures, and political pressures which may result in failure to meet fiscal targets,” said Zlacký. “We also see these risks and believe that it would be prudent for the government to deal with adoption of additional measures now, as later it may be too late.”

According to Vaňo, the warning signals from the rating agencies point to the need for further structural reform measures, as well as further fiscal consolidation steps both on the side of expenditures as well as tax revenue.

“One of the reasons for the concerns of the rating agencies is the apparently over-optimistic reliance of the Slovak budget plan on the positive contribution from ongoing recovery, which is driven and hence also vulnerable to developments in the eurozone – Slovakia’s key export territory,” said Vaňo.

Vaňo stated that fiscal consolidation must be the top priority of Slovak policymakers. “Slovakia should not rest on its laurels when it comes to its public debt position and the need for disciplined deficit reduction.”