BRUNELLA Borzi is a firm believer that culture is one of the best tools of diplomacy. Because Slovaks appreciate Italian culture, Borzi, the Italian ambassador to Slovakia, is highly motivated to further broaden Slovaks’ experience with the best culture that her homeland offers. Since its small start in 2008, staging a month of various aspects of Italian culture has became a tradition in Slovakia and the increasingly warmer reception by Slovaks has given organisers enthusiasm to offer a bigger and better festival every year. 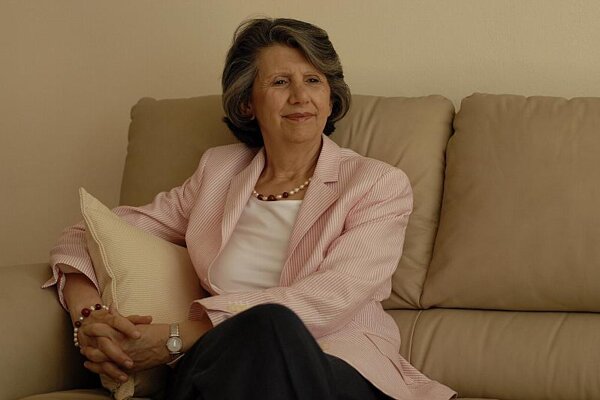 BRUNELLA Borzi is a firm believer that culture is one of the best tools of diplomacy. Because Slovaks appreciate Italian culture, Borzi, the Italian ambassador to Slovakia, is highly motivated to further broaden Slovaks’ experience with the best culture that her homeland offers. Since its small start in 2008, staging a month of various aspects of Italian culture has became a tradition in Slovakia and the increasingly warmer reception by Slovaks has given organisers enthusiasm to offer a bigger and better festival every year.

“We have been strongly motivated,” Borzi told The Slovak Spectator in an interview about building cultural bridges, the similarities in the two country’s cultural preferences, and what is on the Italian cultural menu for this year.

The Slovak Spectator (TSS): Last year, thanks to the Italian festival, Slovaks had a chance to be charmed by various aspects of Italy’s designer tradition. What will come this year?

This year the Italian festival again has a particular focus and meaning: a total of 19 events will mark the 150th anniversary of the unification of Italy and will range from painting and music to theatre, movies, archaeology, architecture, and even puppets, jugglers and acrobats.

I’ll give some hints: the western terrace of Bratislava Castle is now hosting an exhibition of graphic art by Nicolo D’Alessandro while sketches of scenery and costumes from Giuseppe Verdi’s most famous operas are displayed in the lobby of the Ministry of Culture. For those who are interested in history, the Slovak National Museum will display archaeological items from the city of Aquileia, founded by the Romans in 181 BC, while the Primate’s Palace will host an exhibition of the natural beauty of the small town of Aviano in Umbria, which has been a twin city of Bratislava’s Vajnory district for many years, in pictures and paintings.

The festival will be wrapped up with a performance of the “Pocket Theatre of Bergamo” on the Main Square, presenting a new show called “Albatri” that will certainly replicate last year’s success. The director and deputy director of the Galleria Palatina of Florence will offer insight into the art of Paolo Veronese, one of the greatest painters of the Italian Renaissance, whose “Portrait of a Man” has been on display in the Mirbach Palace since mid April.

Last but not least, I would like to note that our National Day on June 2 was marked by a concert by the Italian military brass band of “Bersaglieri” on Hviezdoslavovo námestie, performing together with the Slovak Armed Forces Band. It was a moment of intense emotion, full of significance about the history of our national unification, as the “Bersaglieri” were those who opened the breach at Porta Pia and entered Rome in 1870. Rome thus became the capital of Italy. A distinctive trait of the “Bersaglieri”, as well as their feathered hats, is that they parade and play their brass instruments at a run instead of marching pace.

TSS: Most often international performers come only to Bratislava. Do Slovaks outside the capital have a chance to sample Italian culture? If so, where?

Indeed, we really wish to broaden the circle of friends of Italian culture by involving other Slovak towns. I am going to open an exhibition of abstract works by painter Laura Pitscheider in Poprad on June 12. Also, as part of the ArtFilmFest in Trenčianske Teplice some of the best-known movies by director Mario Monicelli will be shown and during the Opera Festival in Zvolen pieces by some of the greatest Italian composers such as Donizetti, Puccini and Verdi will be on stage.

In Trnava the photo exhibition of Lucia Gardin, whose art is focused on portraits of celebrities aiming to bring out the “normalcy” that fame usually hides, is now underway and will last until the end of August.

TSS: What aspects of Italian culture do Slovaks find most appealing?

My experience is that Slovaks show great interest and appreciation in the whole range of Italian culture: opera and Italian films are probably the best-received forms. But there is also much appreciation for architecture as there are so many sign of Renaissance influence in Bratislava.

And of course, gastronomy is also a very important and appreciated form of Italian culture here.

TSS: What do Italians usually know about Slovakia and its culture and what do you think they should know?

I must admit that my compatriots should learn much more about Slovak history and culture. They should know that the development of your culture reflects the country's rich folk tradition, a feature that is very much motivated and linked to the struggle for political autonomy. So, ultimately, there are many similarities between our cultures: both of them are inspired by a “romanticism” whose main characteristics are the pre-eminence of patriotic thought and an attachment to popular traditions.

TSS: There are already many cultural links between Slovakia and Italy but which areas do you see as having further potential?

Given the similarities, it would be desirable to deepen our mutual knowledge of national literatures. Italians should be able to learn more about Ľudovít Štúr or the poet [Pavol Országh] Hviezdoslav. Conversely, Slovaks should be given a chance to become familiar with Italian classic or contemporary writers. Translation of literary works should be encouraged on both sides as we believe that knowledge and love for another culture passes through the reading of its literature. This is why we recently encouraged the publication of the works of some contemporary Italian writers in Slovakia: for example the last novel of Claudio Magris was published with the title “Vy iste pochopíte” and more recently Marisa Madieri's “Vodovozelená” became available.

Our current ambition is to have translated for Slovak readers the ”History of Florence” by Niccolo Machiavelli, the founder of modern political science. Speaking about translation, we should keep in mind the lessons of Saints Cyril and Methodius, the two Byzantine Greek brothers who deserved the title of “Apostles to the Slavs” and who are now also co-patron saints of Europe. Their deep respect for cultural diversity was expressed by their love for translation, the best means for cultural interconnection.