ITALY is one of Slovakia’s most well-established economic partners and its businesses have been significant investors in various economic sectors here, including banking and insurance as well as the energy, machinery and waste management fields. Over 500 Italian companies are active across Slovakia, operating in essentially all major market segments and directly employing around 30,000 people. 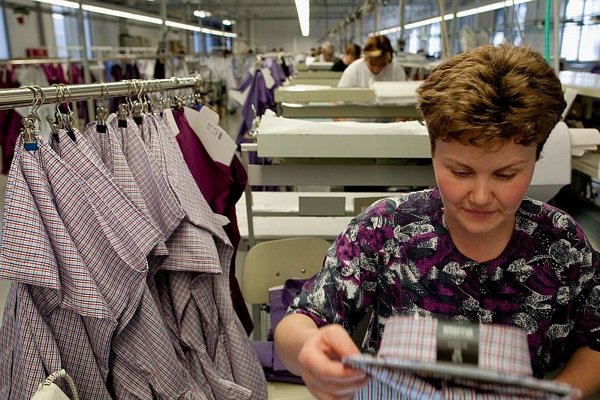 ITALY is one of Slovakia’s most well-established economic partners and its businesses have been significant investors in various economic sectors here, including banking and insurance as well as the energy, machinery and waste management fields. Over 500 Italian companies are active across Slovakia, operating in essentially all major market segments and directly employing around 30,000 people.

“This is a considerable figure if we consider the size of Slovakia and compare this to the number of enterprises from abroad,” Giorgio Dovigi, the secretary general of the Italian-Slovak Chamber of Commerce, told The Slovak Spectator. He specified that these companies are mainly from northern Italian regions, especially Piedmont, Emilia-Romagna, Lombardy, Friuli-Venezia Giulia, Trentino-Alto Adige and Veneto.

Dovigi said the number of Italian companies in Slovakia has increased slightly over the past few years partly because the economic crisis was an incentive for enterprises to globalise their smaller and medium-sized operations and some chose Slovakia as an appropriate location. On the other hand, Dovigi said some small Italian companies ended their activities in Slovakia during the last two years.

In discussing barriers and advantages for Italian investors doing business in Slovakia, Dovigi stated that Slovakia has travelled a long way since the 1990s, but must go even further.

“Its success depends, in my opinion, on three important factors: education, entrepreneurship, and fighting corruption,” said Dovigi. “People interested in doing business in Slovakia have to deal with a small market, bureaucracy, and with ruthless international competition. Classic Italian small and medium-sized companies certainly need time to adapt to these conditions, losing the swiftness of action which is one of the features that mostly benefit small and medium-sized enterprises. On the other hand, Italian companies still enjoy particularly advantageous tax rates when compared to those in Italy.”

“2009 and 2010 were difficult years for investment in Slovakia, much like in the rest of the EU,” said Dovigi, adding that the complex global economic situation, weak domestic demand, the collapse of the real estate market and the credit crunch led some companies to resize their investments. “It seems that large and medium-sized Italian investors in Slovakia are slowly leaving the crisis behind while small companies are still suffering from the crisis.”

Dovigi said these small companies suffer mostly from secondary insolvency problems but added that customers are choosing their suppliers more carefully, preferring only to work with well-established enterprises, which have better prospects for surviving the crisis and can provide long-term care and maintenance for their products.

The Slovak Investment and Trade Development Agency (SARIO) said that it continues to register interest from Italian investors and businesses.

“Italian investors constantly show either interest in direct investment in Slovakia or in development of cooperation and finding business partners in Slovakia,” Richard Dírer, SARIO’s spokesperson, told The Slovak Spectator. “From 2002 to the end of 2010 SARIO helped 20 Italian companies establish themselves in the Slovak market, involving investments of €128.1 million and creation of 2,205 jobs here.”

SARIO has been actively presenting Slovakia to Italian business leaders and describing its positive features.

“We closely cooperate with bodies representing Slovakia in Italy as well as with the Italian-Slovak Chamber of Commerce,” said Dírer. “We would like to organise a series of investment seminars this autumn in cooperation with the chamber to attract investors. If an investor decides to cooperate with us after coming to Slovakia, we can provide a wide palette of services.”

Because the automotive, clothing and machine industries are traditionally strong sectors in the Italian economy, SARIO believes it is necessary to focus particularly on companies active in these industries. This is aided by the fact that the automotive industry is also one of the strongest sectors in the Slovak economy and that the clothing and machine industries have a long tradition here as well.

But Dírer added that “within these sectors we have to focus especially on attractive production with higher added value”.

SARIO is also keeping its eyes on small and medium-sized Italian companies (SMEs), a significant part of the Italian economy. Because these smaller businesses are the base of many successful economies, SARIO’s goal is to not only draw SMEs from Italy but from other countries as well.

“This is why we are endeavouring to draw not only giants but also SMEs whose production is often more exacting, requires preciseness and highly qualified staff,” said Dírer. “For this reason we would like to direct our strategy to this type of company – and not only in Italy.”

Goals of the chamber

“Our ambition is to make our chamber an essential element for Italian and Slovak companies in growing business in both countries,” Dovigi told The Slovak Spectator, adding that the chamber offers a full range of business services, either directly or in partnership with its members who are specialists in their fields. “In the last two years Slovak companies have sought our help in conducting business in Italy or with Italians: we not only helped them to evaluate customers’ solvency but also to understand the mentality and the subtleties of Italian bureaucracy, as well as differences in legislation.”