Music: the perfect vehicle for liberation

MUSIC opens up emotional pores – it is like water, it flows and stirs the soul. So says Benjamin Zander, conductor and music director of the Youth Philharmonic Orchestra at the New England Conservatory in Boston. The Slovak Spectator spoke to Zander before his visit to Slovakia scheduled for June 19. The star soloist at the concert will be Jonah Park Ellsworth, 17, the first cellist of the Youth Philharmonic Orchestra. 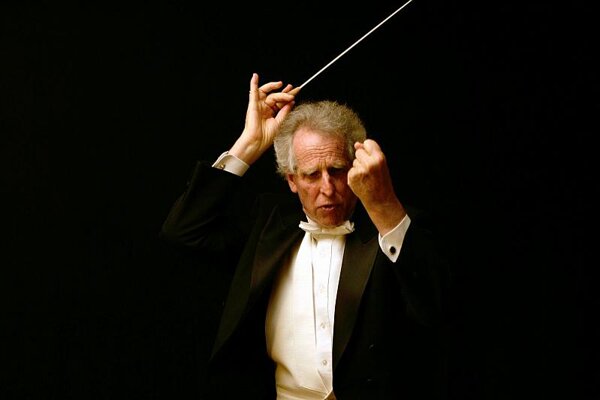 MUSIC opens up emotional pores – it is like water, it flows and stirs the soul. So says Benjamin Zander, conductor and music director of the Youth Philharmonic Orchestra at the New England Conservatory in Boston. The Slovak Spectator spoke to Zander before his visit to Slovakia scheduled for June 19. The star soloist at the concert will be Jonah Park Ellsworth, 17, the first cellist of the Youth Philharmonic Orchestra.

The Slovak Spectator (TSS): What was the incentive to come to Slovakia?

We are making a pilgrimage in honour of the 100th anniversary of the death of Gustav Mahler. The New England Conservatory Youth Philharmonic, consisting of 115 passionate and highly accomplished young musicians, aged 12-18, want to celebrate their devotion to the greatest symphonist of all time by visiting many of the places that were significant to Mahler – his birthplace, the place where he lived as a child (Jihlava), Prague, where he worked and then Vienna, where he lived and died. At the culmination of the tour we will perform Mahler’s final completed and greatest symphony, the Ninth, in the most hallowed concert hall in the world: Der Musikverein.

For these young Americans it will be a life-changing experience, because to read about a composer and to hear and even play the music is not enough. It is only when they see the places and breathe the air, meet the people and savour the countryside where Mahler walked and worked does it all make sense.

TSS: What was the thinking in planning the programme to be performed in Bratislava since none of Mahler's work will be included?

Since the connection of Mahler to Bratislava is tenuous – he did conduct there – we decided to perform the music of Dvořák, the area’s most beloved musical son. Dvořák wrote his Ninth Symphony as a message from the youthful New World. We will bring it back to its place of origin and deliver it as a gift, full of love, youthful exuberance and deep expression to the people of Bratislava.

The concert will be broadcast on Slovak Radio and many other radio stations and so it will reach a vast audience of young people throughout Europe. Also on the programme will be Ravel’s breathtakingly virtuosic and colourful tone-poem La Valse, originally named Vienna, and also Tchaikovsky’s elegant Rococo Variations with our amazing 17-year-old first cellist who will, with his extraordinary artistry, dazzle even the most experienced concert-goers.

TSS: You also have an extensive speaking career lecturing to organisations on leadership. How can music complement these other activities? How can music deliver messages of leadership?

Music opens up emotional pores; it breaks down the barriers of convention, fear and business-as-usual thinking. It is like water, it flows and stirs the soul while taking people where it wants, getting past the most resistant barriers. It is a perfect vehicle for liberation, passionate engagement and visionary thinking required of leaders in our time.

The orchestra is also a much better metaphor for the kind of leadership that is called for today in our open, global society, where we must work together to succeed, than the combative, competitive metaphors from sports and war. SymPhony means the sounding together of all the voices.

Nelson Mandela is an example of that kind of leadership. He didn’t lead one party against another; he had no War Room for his campaign. He listened for and led all the voices in the orchestra to create a harmonious whole and the world loves and admires him for that.

I had occasion once to explain the meaning of the word Sinfonia to President Mandela. ‘You are the first leader of Sinfonia’, I said. ‘You lead all the voices’. He gave that big smile that all of us know so well and said: “I like that.”

TSS: Your book Art of Possibility has been translated to 17 languages and sold over a million copies. Could you tell our readers something about it?

The Art of Possibility is a book of practices that enable people to reliably get beyond restrictive, isolated, rule-bound competitive thinking, what we call the Downward Spiral, into a world of radiating possibility, where open-heartedness, creativity, connectiveness, contribution and shared purpose are the Name of the Game.

The Youth Philharmonic Orchestra is an institution that functions entirely in the world of possibility. People in the audience at the concert in Bratislava will actually be able to “experience” The Art of Possibility by seeing and hearing these young musicians.

TSS: You have continually supported young people in their artistic careers. How has working with young people influenced you and why do you find it rewarding?

Young people are open, available and enthusiastic. They haven’t yet fixed who they are into rigid patterns. They are not jaded, or tired or cynical. I don’t think you could find one cynical bone in the entire 115 bodies of the Youth Philharmonic Orchestra.

To ask me why I find it rewarding is like asking a gardener why he likes flowers, or a naturalist why he likes animals or a painter why he likes nature. It gives me my life at every rehearsal. To tour with this orchestra is like going on holiday – everything one loves and values most in life is there every hour of the day.

TSS: What are your anticipations regarding your visit to Slovakia?

I don’t tend to anticipate things, I stay open to all experiences – then I can never be disappointed. The 15 tours that I have led with the Youth Philharmonic Orchestra in the 38 years I have been their conductor have been among the most rewarding experiences of my long life.

These young people are so wonderful, so smart, so charming and fun that it is always a joy to
be with them. Moreover they play like angels, so everyone who encounters or hears them play is immediately totally won over to music, young people and life itself. How much better could it be?

Also I have never been to Slovakia, which I know to be breathtakingly beautiful, so I am more excited than ever, and I am 72.